Skip to content
Battle of the sexes Men, men, men

Why I Don’t Enjoy The Company Of Men Anymore

Oct 21, 2013 Boys will be boys, Man-child, Men and adulthood, Men are juvenile, Men as equals, One of the boys, Opposite sex, Woman among men 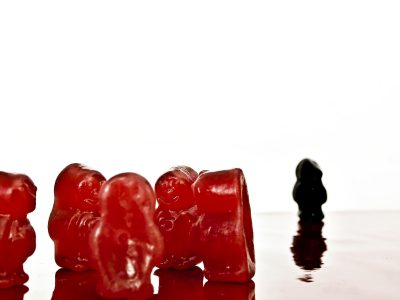 I used to love that I was ‘one of the boys’. I grew up preferring the easy rough-and-tumble ways of guys. My gender agnostic personality wasn’t compatible with the prissy/frocky girls around me. This continued well into college, where after some initial hiccups over boys who flirted with me, I was generally accepted as one of them. Those days, I’m afraid are past now. I find I don’t really enjoy being around men so much anymore.

I think there is one important difference from those times and now. Where I was a tomboy before (for lack of a better word, since I never was a girl in the traditional pink-frills-dainty-doll way), I am a woman now. It was easier to slip unobtrusively into being ‘one of the boys’ when I didn’t look, sound or behave much differently from any of them. But I do now. And curiously enough, I find every conversation I have with men invariably comes down to something that highlights the difference between us. That difference is now an active, glaring part of our company, it’s practically sitting in a chair of its own. Men treat me as as a woman now, not as one of them. As a result, I am finding conversations with men (individuals and in groups), tedious and boring.

Recently, I had lunch with a group of men. A leisure activity ran into a heated argument, which could have been avoided, had the group listened to each other a little more and shouted ideas a little less fervently. The conversation stabilized into talk of toys, girls, superheros and such. I didn’t even make the effort to participate (where once I would have jumped in, eager to prove that I could be one of them too). It gave me a chance to observe and reflect on the group’s dynamics. All the noise and fire only settled once the group had a chance to bond against (even if in the lightest manner possible) the only woman – me. Every one of these men is intelligent, modern and undoubtedly considers his attitudes (especially to women and society), progressive. Yet, they fell into an age-old, juvenile way of being (boys versus girls).

Later that week, I also came to a decision about one male friend. I’ve decided to release him from my life. I’m past the point where I can be argued, emotionally blackmailed, badgered or promised back into the friendship. I want nothing more to do with this person who while nice, is limited. And his most limiting factor is that his perspective doesn’t stretch beyond his immediate needs and gratification.

I find this true of almost every man I know. Self-centeredness is not just tolerated, it’s actively celebrated in the male child. Empathy, delayed gratification, acceptance of another point of view – these are things pretty alien to most men. Childish behaviour like tantrums, selfishness, the inability to keep promises – these are excused as childlike traits (which is a different thing altogether) when in a man.  And finally, most men I know, seem unable to go beyond patterns learnt in childhood, about bonding with the boys and treating girls differently. I’m not saying that there aren’t men who try to imbibe and practice these things. But even the best, most conscious, self-aware of them fails miserably.

Because of all this, I find that my desire to associate with men, individually or in a group, where I have a choice, diminishing. Being around men (or a man) is like being with a child. You have egos to pander to, bad behaviour to excuse, excessive attention to be paid and no acknowledgement to be expected. You’ve to sit by and watch them do routine things, boost them up with high praise, build them up when they feel let down, keep them from getting into violent responses. Of course this is a generalization but I find one or more of these things coming up true for every single man I interact with, in some manner.

Like I said, I used to love being one of the guys. I’m not anymore, I don’t enjoy it. But it’s still disconcerting to find that you don’t find your comfort zone either comforting or appealing anymore.