I Was A Manic Pixie Dream Girl 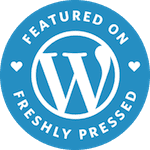 *This post was featured on WordPress Freshly Pressed picks on March 27, 2015.

Remember when I wrote that I felt like a character in someone else’s coming-of-age story? I was only scratching the surface with that. I’ve been long intrigued by a stock character in popular fiction – the Manic Pixie Dream Girl. For the non-literary of mind, this is a female character that is quirky, bubbly and helps the male protagonist grow from his limited state to a more liberated, mature place. She is immensely likeable and for awhile, it’s easy to confuse her for independent. It’s just that she is such a PERSONALITY, you tend to think of it as a strong one.

It turns out I’ve been a Manic Pixie Dream Girl in many of my relationships with men in the past 10-odd years. No man who has been around me in this time would accuse me of being boring. Even the most hostile of them will admit that things tend to be exciting, in flux and unpredictable when I’m around. I’ve challenged their beliefs, railed against their ways of being and blurred more boundaries than most people do in their turbulent teen years. The nicer ones among them will admit to being charmed and even changed for the better because of my presence in their lives. The others would probably roll their eyes and thank their stars its over. I don’t tend to get moderate reactions.

Who I am draws from and defines who I draw to me. I thought I was breaking a pattern by moving to younger men, these past four years. But it turns out, I’ve stayed true to the pattern. Twenty-something men have had enough experiences to know the worries of the world. They are also not wise enough to have made their peace with them or found ways to address them in a way that doesn’t disrupt other things in their lives (health, family, society etc). That’s the exact target audience for a Manic Pixie Dream Girl. She intrigues them because she is quirky (and not just pretty in that shiny object way) and unpredictable. Plus she is flawed enough to not intimidate their still fragile sense of masculinity. I suppose the other choice I had among the pop culture/fiction archetype pantheon was the Child-Woman. MPDG seems like a more nuanced character with only a few flecks of the immature, broken child-woman. So it was Manic Pixie Dream Girl then. I still like how colourful and vibrant that title sounds (not to mention verbose). So what’s the problem? I thought I was a boring kid and if there was a way to send a message back to that depressed little girl I was, I’d say,

But I’m not a little girl anymore desperately needing to prove something. And there is something terribly limiting about a stock character, especially a supporting one. Because Manic Pixie Dream Girl, make no mistake, is a supporting character in a man’s story. She is boxed and she has no real story of her own. She exists in a permanent state of desperate chaos, which draws men like flies to her but doesn’t do her many favours in the form of stability or happiness. Men eventually tire of her or grow away from her (Here’s a man who tells his tale using the MPDG lexicon: ‘Uh honey, that’s not your line‘). Even the creator of this title, Nathan Rabin, has tired of her (here’s his apology to the world for coining the phrase Manic Pixie Dream Girl). It occurred to me over a sandwich today (yes, how random, how MPDG of me) that perhaps the reason I was drawing exclusively younger men these days was not only because they were the only single ones around. Perhaps it was because I was being exactly one kind of girl that twenty-something men found themselves drawn to. There’s nothing wrong with twenty-something men, of course. The MPDG character draws a very specific kind of man and story. The men can think but they’re yet to gain mastery over emotion. They are also at a peculiarly specific kind of self-centered place in their lives, having gotten ahead of themselves and tasting responsibility for the first time. They do not have the ability to deal with a complex human being over a length of time, especially what MPDG would be, if she was a real person (which I am). The story that plays out – inevitably – is the same one. The sudden struck-by-lightening style attraction, the broad gestures and lavish promises, the unimaginably magical conversations, the sudden crashes, the melodramatic outbursts and the inevitable sugar crashes. Been there, so much done that. I so hope I’m over it.

Before you go all people-don’t-change on me, let me tell you, yes, they do. We are constantly evolving creatures and this is extremely superficial, social behaviour that I’m talking about. That doesn’t determine me anymore than the colour of the pyjamas I wear to bed. I do have control over the kind of character I project. I can modify this without curbing any of my  natural spontaneity. I’m pretty sure it’s possible to express who I am fully, without limiting it to bite-sized quirk pieces that equally limited men can digest. I just have to figure out how to do this, especially considering the men and I are both so used to the familiar storyline, we fall into it by default.

I am not terribly alarmed at discovering that I’ve been unconsciously mirroring a fiction character type. After all, I am woefully short of role models. Besides, I’d rather follow ideas than real people with their limitations and flaws. Ideas can be modified or discarded more easily. Sigh, yes, that’s another very Manic Pixie Dream Girl thing to say. But MPDG is as limiting in real life as it is in fiction. I don’t want to be only seen that way. And I’d like to be seen by more people than the ones that this character was created to make happy. I have very little idea who I am going to be beyond my MPDG persona but identifying the box should be the first way out of it. Besides 2015 is a bare few days away. What better new year resolution than to be a different, new ME?

I found several other pieces by women about throwing off Manic Pixie Dream Girldom:

Note: If you are intrigued by how stock characters can mirror our ways of being, go to TV Tropes to find others. If you find yourself relating to one of them, post a comment here telling me which one. It’ll make for a fun conversation!

Update: A reader took this thought and drew a more comprehensive parallel between her life and other TV Tropes. Here’s Rae M.Meadows’ post.

91 thoughts on “I Was A Manic Pixie Dream Girl”