The Doomed Relationships of India 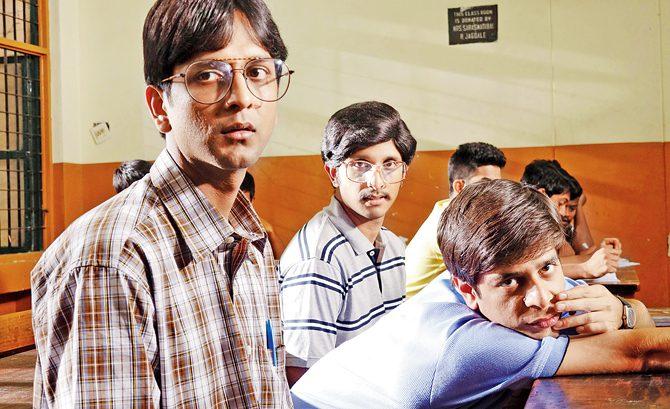 I am not in dil-toot anymore. It was dil-toot, a phrase I’ve coined to denote a less-than-heartbreak, more like a heart-pinch, just painful enough for me to feel something and think about it but not so shattering that I can’t piece together a coherent thought or sentence. Did I ever mention how or why it ended?

It ended when he said,

I’ve weathered the deep sadness, the now-familiar disappointment. I’ve even been able to see how this was a life experience that bothered me just enough to learn from it and also feel very good about the good parts. Being in love really is a wonderful feeling. I have remembered something I keep forgetting when my heart shatters – that love is that undefinable experience that goes beyond attraction, logic, compatibility and shared interests. It falls in the realm of Malcolm Gladwell’s Blink moment and everything that follows is an attempt to explain it. I don’t have to, anymore. And that frees me up to look at the future with the hope of more love and other adventures.

I am tickled, even charmed by the surprised wonder in a boy/man’s eyes when it first occurs to him that I’m paying attention to him. I’m not even the most beautiful or desirable woman around but just the fact that I am listening to him and could it be – I like him? What’s worrying is that a lot of men never seem to get past that. That wonder takes on the quality of suspicion, fear even. And that’s part of what turns into slut-shaming, into cheating, into harassment or treating women badly. It’s the inability to handle any reaction from a woman but her derision or fear. Men who cannot deal with a woman’s appreciation or interest – is that not a poisonous problem?

I remember the deadend expression on his face, the frantic tone of his voice in the last moments as my dil-toot‘ed. I have seen it before on many men’s faces. I’ve assumed that it’s coldness, cruelty, selfishness and many other such things. But I’ve come to realise, this is something else. It is the outer limit of a man’s ability to feel, identify and express emotion.

Last week I watched Bramhan Naman, a disturbing movie by any account. It left me deeply sad because among other things, it exposes how woefully ill-equipped the Indian man is when it comes to dealing with the world of myriad emotions that make up the framework of relationships and adult life. In the movie (and echoed in real life) the verbose protagonist yearns for an intangible fantasy but can barely speak to the woman who spawns it. He treats professed, open affection with viciousness and is paralysed by his guilt and fear. When he encounters a woman with the right mix of attractiveness and vulnerability, he cannot bring himself to even respond, let alone initiate interest. So he settles for gestures like getting her food (the last), showing off his family business (the second) and stalking her (the first). These are the actions of a socially inept child, not a completely functioning adult. That adults with their freedom and power do this, is what makes it dangerous.

I complain long and hard about how Indian men (men in general but particularly, brutally Indian men) are infantilised and stunted in their emotional growth. This is what it looks like. They are barely functioning adults who are unable to deal with normal human emotions. Unable, not unwilling.

This outer-limit expression comes after bewilderment and panic. It’s not even resignation since that requires an ability to see that something is bigger than oneself and experience giving up. It’s literally like a very small baby who has not developed sight yet, running into a wall and being stunned, unable to figure out whatwherewhyhowohisthispainshouldicryuhwhatwait. Most men live in that place the whole time they are in love or a relationship. Boy, that’s scary. Add to it such nuanced, problematic ideas such as guilt over sex, Madonna/whore syndromes, mama’s boy dependency and toxic masculinity. No wonder Indian men are such a mess.

I cannot help but feel deep pity for them. And then great sadness for us women and the kind of futile relationships we have to endure as a result. Is there any hope for us all?

One thought on “The Doomed Relationships of India”