Skip to content
Being Woman Confessional The Sisterhood Vanity Unfair

Shame In My Belly: Body Image & The Girl With The Dragon Tattoo 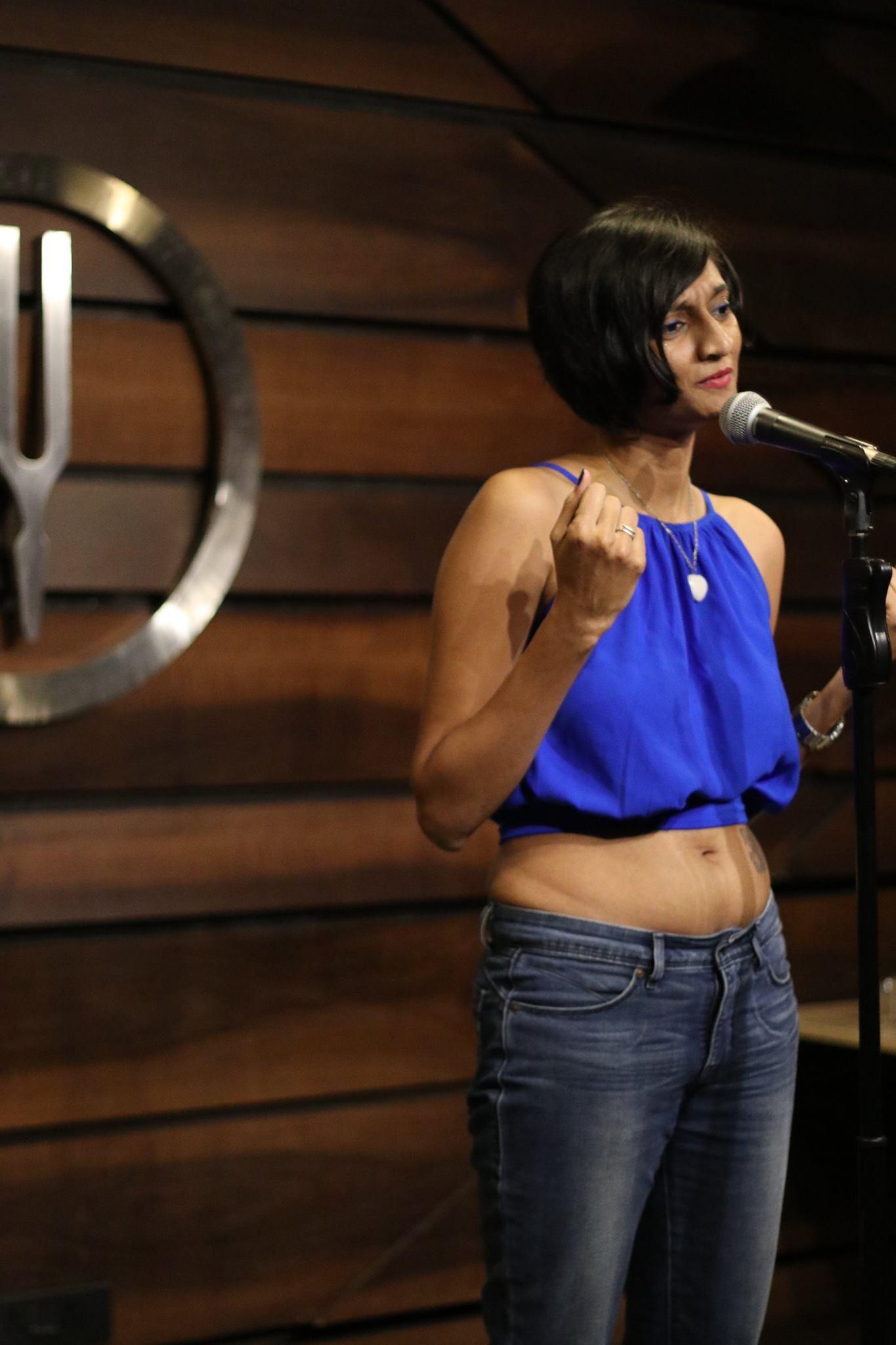 Of the many wars a woman fights, body image issues are some of the hardest to tackle. Because they’re always fought by an army of one against the whole world inside the dark battlefield of one’s mind.

I have a form that fits a few popular beauty standards, enough for me to grasp onto them and fight against the attacks on the parts of me that don’t fit. Do I believe it’s harder because of this? After all, I’m not large, I’m not small, I’m not visibly asymmetrical. Well, we all find our pains hard to bear, don’t we?

I speak often about being a dark-skinned person in a country with a colonial hangover in the form of a fairness fetish. But I never really talk about my stomach. Add a layer of shame and another of silence to deep-seated complexes. Imagine a perfect well-shaped pot with a tiny hole in one side. That’s what body image is like. All the compliments, all the validation leaks out of that one part of one’s body that doesn’t fit. And that one part of you that feels imperfect becomes a clogged drain, lined with shame, resentment, fear and sadness. In my case, that place is right in the centre of me, in my stomach.

I have never had a flat stomach. Not as a toddler, an adolescent or an adult. It has stayed un-flat through swimming, crunches, aerobics and gymming. I’ve been advised to give up eating rice, cold water, dairy products after sunset, fried foods. Nothing works.

I do want to say that nobody has ever shamed me for my stomach. Among all the insults and attacks that came my way, the stomach never featured. If anything a boy long ago called it ‘cute’, another one said it could make a guy feel better about himself knowing that I wasn’t a perfect marble statue and recently a friend called it ‘Madhuri Dixit chic’. While these compliments made me laugh and glow with pleasure, at some level I did not really buy into them. I just shrugged them off as affection for me/crab mentality/funny kink. My relationship with my body is tightly locked away inside my cells. It’s hard to see yourself the way others see you.

11 years ago, I won a few battles when I got myself a tattoo. My dragon, emblazoned across the left side of my waist, breathing flames all the way to my navel was my victory flag. I used to wear short tops and croptops often then. The dragon tattoo was also the very first symbol of IdeaSmith, my online alter ego.

Somewhere in the last few years I stopped. I succumbed to the easy shortcuts that smart styling offers to ‘hide my flaws’. I experiment a lot more with clothes now but I instinctively gravitate to looks that emphasize the things about my appearance, that are permitted to be called beautiful. Most days now, I don’t even remember my dragon tattoo.

But this Monday, I took out this top that’s been lying unused for nearly three years. It’s short and because it ties at the back, it (in my head) emphasises how rounded my stomach is. The words that form in my mind when I usually see myself this way are PODGY, UNHEALTHY, CHUBBY, FLABBY and that dreaded euphemism – MUFFIN TOP. Truly, I do understand what body image issues sound like inside one’s head.

I draped on a trenchcoat over as a security blanket and travelled, my head held high, the body language I assume when I’m faking it till I make it. Then I met Neha and we stopped for a bathroom detour before proceeding. I ruefully and reluctantly stared at my stomach in the mirror in the ladies’ toilet and said,

Neha didn’t laugh at me (like people often do when I admit to feeling uncomfortable). She didn’t tell me I didn’t have the right to feel diffident about my looks (again, like a LOT of people like to tell me). She just said,

“You know, most women don’t have flat stomachs.”

We spoke briefly about adolescent fears and things that we battled growing up. I mean really briefly, because it was just the time it took to climb one staircase. Maybe it was because it came from a woman as glamorous as she is. Maybe because she didn’t look at me any differently for having an unflat stomach. Maybe because she didn’t judge me for worrying about something as stupid as that. Maybe it was just because she was kind. But I felt a surge of courage go through me. Sometimes you need people to believe that it’s okay for you to be scared, to stop being scared. My dragon awoke again.

And when my name was announced, I left my coat behind and went up on stage. Just me, my ideas, my dragon tattoo and yes, my stomach.

So this then is me. Just as I am. Complete.

Thanks, @tuningforkstudios for the pictures! And thank you, Neha.

4 thoughts on “Shame In My Belly: Body Image & The Girl With The Dragon Tattoo”