Skip to content
Battle of the sexes Gender Archetype Times, they are a-changing

Mr.Modern Man, Get An Identity! 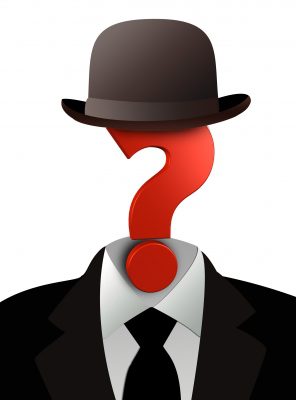 There’s a strange character out on the loose. He calls himself the Modern Man. I am not sure that I like him very much. For one thing, he’s really hard to find. He pops up, in a sudden self-reference and then vanishes under questioning. Then he resurfaces during what should have been a good moment, to ruin it with a self-promoting boast. I understand that he’s still trying to find himself. While about it, here’s what I’d like to say to him. So listen up, Mr.Modern Man!

Doing a couple of household chores does not qualify you for a medal. Get to doing 50% of the housework, without being reminded, and as well as I can, and you can have the right to advocate equality of the sexes.

Not dictating what your lady wears, who she speaks to, and what she wears does NOT make you a great guy. It just means that you’re not being a control-freak.

Fail in these and your stand of ‘Independent women can take care of themselves’  just seems like a cheap attempt to shrug off even the minimal responsibility that a male chauvinist’s role carries.

What is the meaning of an identity that is defined solely by the evils that one does not practice? A weak one, that’s what. Who are you, Mr.Modern Man? Is there more to you than the fact that you’re not a rapist/control freak/jealous monster? Identity is what you are, not what you are not.

I get how difficult it can be to break free of conditioning and resist archaic social constructs. I do that all the time, myself. But it doesn’t stop there, for me. You go against the grain and you break what exists down, so you can build something new in its place. Try being more than what your erstwhile counterparts were not. Define yourself for your values rather than what you don’t do or how well you meet my expectations. Most of all, get some balls of your own. I don’t recall asking for those to be chopped off when I let go of Neanderthal Man.

You don’t get to be great by default. And if you want to be the equal counterpart to the Modern Woman, you know you’ve got a high standard to match. I’m not saying the Modern Woman is without flaws or even that she knows exactly who is she. But at least, she’s got some sense of identity beyond what you or your brethren want to make of her. And the one thing she won’t stand for is vague, empty words.

Come back to me when you’re a real person, not just a fanciful notion in pop literature. I’ll be delighted to get to know you.

*Image via Idea go on FreeDigitalPhotos.

7 thoughts on “Mr.Modern Man, Get An Identity!”