Stars Under The Rust 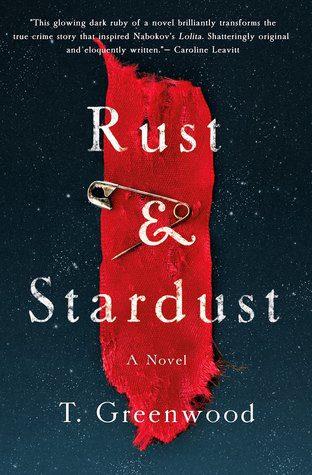 I haven’t said much these past few months, have I? Most of my time and creative energy has been taken up in the shows that SXonomics has been doing on various themes of gender sensitivity. It has been intense, time-consuming, demanding and emotionally draining. I also fall into habits of writing a certain way and in a certain rhythm.

I remember when I first chanced upon 55 word stories and took to them with such passion that all I felt about to produce was them. I had to push myself to say things with more words or less and stop myself from counting if they had gotten to the exact 55. Something similar happened when I first started writing fiction and I found myself unable to write the poetry that I’d spent most of my writing life producing. Now, three years ago I started performing and more recently gender-politicised commentary in a witty form. It’s proving to be difficult to come back to blogging, this way.

Reading ‘Rust and Stardust’ recently helped. This book is a chronicle of the true crime story that inspired Nabokov’s Lolita. In 1948, a 52 year old Frank LaSalle abducted 11 year old Sally Horner by telling her he was the FBI and was arresting her for stealing a notebook from a shop. For the next two years he travelled with her, posing as her father and repeatedly raping and abusing her. The book actually begins earlier, chronicling Sally’s hard childhood with an embittered mother, herself a victim of a runaway husband, then a suicidal second husband and painful arthritis. Sally is literally starving for affection, attention and validation, not to mention a fundamental right to live. Her sad tale of neglect, abuse and prolonged torture was hard, very hard to read. I spent 5 hours reading through it in one go and crying at regular intervals. I told myself I was reading for research and because I had to review the book.

But also, in this emotion-searing act of reading, I found myself tapping into parts of myself I haven’t accessed in a long time. A place that feels deeply and profoundly. Writers and other creative people exploit their own traumas and personal tragedies for their art and gain, yes. This means as one, I also need to frequently clean out the internal machinery and remind myself to honour the emotions and experiences and not just run them through the creative mill to churn out material.

I’ve already written a review of the book itself here. But it brings up so much more that I don’t feel able to articulate in words. I relived my own intimate tragedies while reading Sally’s story. I lived through the moments that felt like I would not be able to breathe again, experienced anew the situations that held me down choking and I thought I would never see light and the world again. The despair, the desperation, the anguish — all of it sprung forth again. And then, they faded. Do we keep picking at our scabs or do we keep sifting through the mess of our insides trying to make better sense of it? I don’t know.

But today has been better. I met a friend for lunch. We met when we were both 20, through some acquaintances. We lost touch but she found my blog almost a decade ago and we’ve had intermittent conversations on social media and occasionally in person when we’re in the same city. It’s a delicious adventure examining who you were and how far you’ve come, along with another person. From the 90s down to today, we talked about love, about selfies, about the writerly identity, about toxic masculinity, about accents, about personal expression. I told her about being in love at 20 and in devastating heartbreak around the time she met me. Later she said,

“Why did you put up with it? You are so much more intelligent than he is.”

This is a question I’ve answered to myself several times so I had the response. And in its telling, I found a bit more of myself. I hadn’t lost these pieces of me. It’s just as though they had been sleeping (or maybe I was, if it is possible to be partly asleep within the context of certain memories and abilities only). Parts of me felt like they were waking up.

Last week, The SXonomics Show performed its season finale of its three month run. It’s been an exciting, gruelling experience. And in all this growth, all this living, I’ve put my head down and worked hard so as not to get derailed by the hostility, the hatred and negativity around me. Several people I know came to the final show — a teacher who changed my life, a friend who I didn’t even know was a friend until she asked me to come to her mother’s funeral, a former love and a couple. This couple have been my people, as individuals and as a couple, for years now. But I seem to keep forgetting all these people, that they exist in only goodness and goodwill for me. It meant so much seeing them there. Another room in my head opening. It’s been there all along. I didn’t even realise when it shut firmly.

I guess I’m just glad these doors are opening and I’m waking up again.

One thought on “Stars Under The Rust”