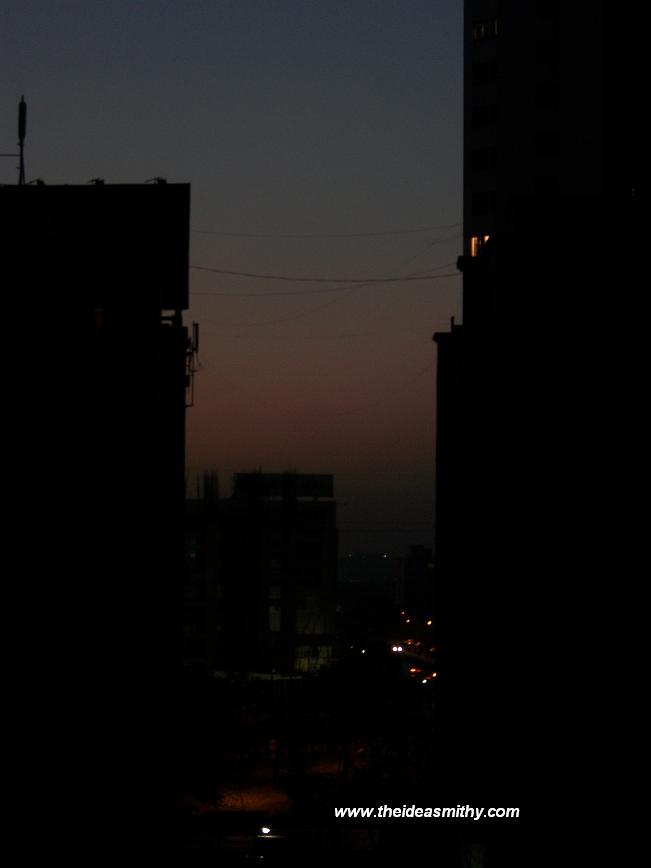 I couldn’t sleep. I knew I had to. I stared in the direction of the wall in trepedition. I knew the clock’s hands were inching towards the crashing point. Perhaps they had already passed. I was too scared to switch on the light and check. If they had passed the point, then well, I would have crashed.

The crashing point is a concept rather than a position of the clock’s hands. When you are a kid, it’s about 43 minutes after your bedtime. At least it was for the kid me.
As you get older, you push the hands of the clock with your eyelids, daring them to crash on you. They never did on the rebellious me.
And I was duly packed off to bed to lie in wait for an extra 15 minutes for pushing bedtime by about that much. The crashing point knows when you’ve started waiting for it. At least mine did.

By the time you are an adult, you’ve gone a few rounds with the bedtime and you’ve lost a few of those bouts. Each time that happens, it is a surprise considering how infrequent it is, compared to how often you seem to win. And it’s a crashing defeat, please pardon the pun. At least it was for me.

The thing about the crashing point is that you really know where it is, after you’ve crashed a few times. That sounds almost Zen doesn’t it? There has to be a reason meditation always felt like a walk into the long, dark hallway with crashing point waiting at the end of it. And in my best times, we danced together, each one showing off our prowess at being able to return to our original places if we so desired.

Then I lost my crashing point.

A few years ago, I started to experience the frantic panic of not being able to get to crashing point at all. It wasn’t exactly insomnia. I woke up in the morning after all and that’s only possible if you have fallen asleep in the first place. And yet, the waking up felt like something else. Like sleep was an intercontinental cruise, a long, engaging journey whose start and end were clearly demarcated and noticeable. This, what I was experiencing, felt more like a tentative wade into dirty seawater and being yanked back, wet and sticky. That feeling wouldn’t go away for the rest of the day. The blurry, topheavy feeling of carrying an entire aeroplane on your head, being afraid to shake your head too much for fear you’d topple right over.

I don’t know now, whether that was necessarily a bad thing. The distance, the absorbedness, the sheer effort it took to just focus that numbed out most of what else was happening to me…I suppose that’s what people otherwise take to drugs and booze for.

The few times I did sleep heavily and well, I woke up feeling like my eyelids were stretched back a little too wide and they might tear in the corners. The day began bright and chirpy with a nursery rhyme ‘early to bed, early to rise’. And then I’d go into the day. A high heel grind into my bare toes. A toenail sluice right off and hang mid-way. A missed station. The sun burning hot, so hot, I had to yank my arm out of the sunlight or turn my face away. And then people. Faces. Expressions. Annoyance. Resentment. Pettiness. Fakeness. Joy, not for me. Jealousy. Bitterness. Bile. And as afternoon arrived, exhaustion.

And eventually, without thinking about it at all, I fell off the sleep bandwagon. Back into oblivion. Crashpointless. Up all night reading. Or so I said. Reading for awhile. Staring at the ceiling. A meditation on the dusty corners. Zen with a dust bunny. Lights out after awhile. Staring at the lights outside my window. An auto creaking its way down the road. Two in the a.m. and this city is still awake. I hated those kind of realizations so I took to shutting the window and curtaining it off even in the height of summer. The tchuk-tchuk of the fan was my background score for each nighttime drama.

Who needs drugs, I wrote? Your body is the factory of chemicals, your brain the lab, the projector room and the control panel. I dosed on such potent fare each night. Occasionally I dozed as well, waking up to find my cheeks wet. It was delicious, the pain. And the hangover, devastatingly nauseating.

What I think is this. Living, it hurts. It heals as well but that takes time. And when your life is about bigger, faster, better, right now, there’s no time to even count your wounds or even stem the bleeding. And little by little you’re wearing away till all that’s left of you is a wraith. I’ve always had a talent for self-preservation, unconsciously, that kicks in when my masochism transcends adventure and goes into the realm of being serious. Insomnia was a drug. It had me out cold, just enough to be able to sustain the daily farce but inside a glass case of unfeeling. I would never have been able to bear it otherwise.

It has been awhile since I left behind the life I led, the person I was then. I find myself laughing much more. Sarcasm doesn’t come as often as it used to. And talking, really saying what I think or feel…I do and I wonder why I thought it so difficult. The world behaves differently too. People are nice. Or stupid. Sometimes I cry. A lot actually. And even in the middle of conversations or with other people. That’s news. That’s new. I never used to be able to cry, I think.

I spend days on end just stringing together moments the way kids put beads together. And then one day I can suddenly do everything and anything. A social outing. All the housework ever. Writing. In buckets and waterfalls of words. A blogpost. New chapters on the book. Short stories. And then a word document just because I’ve already posted and how would it look if I shot off 10 posts in a day after nothing for 10 days?

I sleep a lot these days. 12 hours sometimes. And then, 7 hours later, I’m drifting into deep sleep for another 10 hours again. I say, my body is making up for all that sleep deprivation of the years. But I don’t really need that kind of rest and relaxation, not after nine months, not after virtually zero exercise. It isn’t the heat, it isn’t depression and wanting to hide away. I think what it is, is making peace with the crashing point. Whoever called sleep, the little death or a sibling of death was seeing things the way I am. A little death every night allows you a new life every day. It is about succumbing, about giving in, about acceptance. Let go and tomorrow there will be a new person in a new world and how she takes the day is her problem. Today is over and not your worry any more.

I don’t know where the crashing point is. I’ve been staying up all night some nights and through the next day. Or sleeping for a couple of hours interspersed with bouts of talking and writing. Or slept through the hottest part of the day and awake at both of the cool ends. It’s around somewhere, I know it is. I won’t worry. It’ll happen to me. Perhaps it already is happening. The body can and does take care of itself. Its rhythms can even take tampering, just not micromanaging. The crashing point needs to have its own anonymity.