T is for Truth or Dare 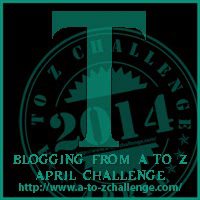 Here’s a story about one of my favourite games. This is a story of why I like it so much. I give you T is for Truth or Dare for today’s A to Z Challenge.

T is for Truth or Dare

What an interesting game. Played between strangers, it’s a round of showing off. Exhibitionism minus context, the spills just enough to thrill, not enough to chill.

It’s nostalgia, when it’s between people who’ve known each other a long, long time. Each one adding the finest of strokes to crystallize a shared memory. Even if it is secondhand and they’ve heard it so many times before that they feel they know it.

But Truth or Dare only ever really comes into its own when it’s played between people who know only a little but matter a lot to each other. How about newlywed husbands and wives, does that describe them?

When Mubeen told me about the dinner, I had an inkling it was going to be an important evening. Sahil and Roshan had been at the wedding but I barely remembered them. Lisa I knew, from meeting her a few times. And I was yet to meet the fabled Amara. I was worried about what to wear but perhaps I need not have been. They were all so busy watching each other, watching out for each other and watching for each other that they never noticed me. And I came home with a different sense of my husband.

Amara turned out to be nice enough, if not as harsh as they had all portrayed her. Or maybe I was the only one who saw the look on her face, when Roshan asked her who her first crush was. Her eyes darted across the room to mine and returned to the bottle on the floor. Her answer prompted a number of jokes, a story coaxed out of her, till she ended with a triumphant flourish. Everyone was taken aback.

Roshan followed, with a dare that he ‘suggested’ himself – a pole dance. And while the others laughed and hooted, I saw Sahil tap his phone. Seconds later, Amara looked at hers. Her eyes flicked up to Sahil again. I expected her to snigger but instead, she thumbed something and slipped the phone back into her pocket. She didn’t look at Sahil again till the dance was over. And after that, she ignored the phone so diligently, that there was no doubt in my mind, who was responsible for it flashing intermittently in her pocket.

Mubeen had once mentioned that Amara had had a thing for Sahil in college. I think he once even said that they had gone around together for awhile. Or maybe he thought they did. Amara didn’t seem to care anymore, if she ever had. If I had to guess, I’d have said it was the other way and Sahil was the reason Amara had a less than friendly reputation in their circles.

When Roshan came back and sat down, he steadied himself with a hand on Sahil’s knee. But after he’d settled back in, he didn’t move his hand. Sahil either didn’t notice or didn’t care. Mubeen tossed him a 50 paise coin to circle over Roshan’s head and tuck into his waistband. Roshan accepted with great pleasure, more pleasure than I thought possible for a ham performance. He seemed to like Sahil’s hand on his hip.

Mubeen was allowed some ‘grace period’ since he had a new wife to impress – or so they said. But they forgot about him and he never had to take a turn at the bottle.

Lisa is the one who really surprised me. She didn’t bat an eyelid when Roshan suggested a mujra. She laughed in delight when Amara suggested Roshan acquaint himself with a cold shower. And she only smiled when Sahil asked her who she’d like to ‘do’ that night, if she had a chance to. I don’t think I even remember what she ended up doing for her dare that night. But I do remember how it ended.

First she shivered slightly and asked Mubeen if he’d reach out and turn the AC down. He had to get up and go to the window to get the remote control. Then she stood up and moved till she was next to Sahil. She looked at Amara when she sat down. And I noticed, Roshan’s hand had gone back to his pocket. Then she fixed her gaze on me and said,

Following her gaze, Sahil pointed to me and said,

Mubeen was still at the window, fussing with the remote control. It was blowing the air up and down as he bashed the Sweep setting. I saw Lisa lean in and say something, her eyes never leaving me. And Sahil said,

“Tell us something you haven’t told your husband yet.”

I relaxed. Now we were talking. I looked to my feet, then up again (into Lisa’s eyes) and I said,

“I am really good at reading body language.”

Roshan giggled. Amara shrieked a lewd question at me. Sahil as he ordered me to elaborate as he leaned back in his seat, one hand on Lisa’s back. Lisa didn’t crack a smile. When she moved forward slightly, causing Sahil’s hand to slide off, I knew she had got the message. She wouldn’t be trying her games with me.

*Image (without text) via Gualberto107 on FreeDigitalPhotos.net