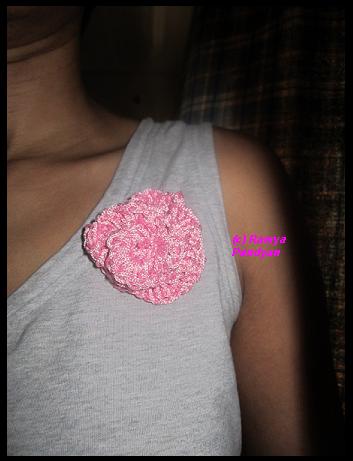 It’s the kind of day where I feel like the heroine of a Louisa May Alcott book. I didn’t exactly feel inclined to my usual, schedule-driven pursuits. Instead, it seemed like a perfect day to bring out the little woman in me (never mind the sexist implications, I mean only a particular aspect of it).

I never really enjoyed needlework as a child. It was a subject under the ‘Arts & Crafts’ section. But the laboriousness of embroidery never appealed to me, especially when I could cover an area with colour with a single swish of a brush. The boys weren’t forced to deal with needles (and ensuing raw fingers) and tangling threads. Their version of ‘Arts & Crafts’ included various DIY projects, all of which were extremely interesting and which I’d secretly try out at home after having persuaded a friend to show me his work.

Anyway, crochet is something a friend recommended about a decade ago. I laughed at her because I couldn’t associate something so grandmotherly with my smart, with-it friend. She just smiled back and asked me to try it. I started with a few basic (and boring) patterns of doilies (which I later discovered were the things you put under teacups…grandmotherly again). Still, it was a calming activity, something I really needed at that time.

I pulled out the bag with its multi-coloured threads and crochet needles today. A Google search showed that the internet has contemporized crochet. There were plenty of designs for much more modern objects. Much enthused I picked up a couple that looked simple. This is what I have at the end of the day:

Here’s a rosette that I plan to wear as a decorative pin over the knot of a scarf:

And here’s another flower design that turned out flatter than the rosette. So I threaded an old turquoise necklace which has looked bare minus a pendant, ever since I bought it.

Update: Here’s my last project of the day. It’s a little clunkier than the others and doesn’t sit quite as well as a scarf pin. Perhaps I’ll just attach it to a beltloop of my jeans.

The best part of crochet is that it’s so easy. I used these patterns as starting points but modified them at will, to suit my own tastes: Rosette, Flower, Butterfly.