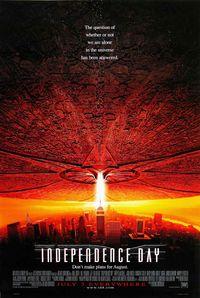 Today I was asked to be part of a debate on Salman Khan’s statement that Pakistani actors are not terrorists and hence should not be asked to leave the country. I couldn’t make it to the event after all but it did force me to think about what my stance was.
My first thought was that the arts have nothing to do with politics and should not be interfered with, by politicians. But over the course of the evening, I had a chance to remember that artists and performers wield such influence that we may also bear moral responsibility for our personal ideas, beliefs and actions. Politics after all, is not just for politicians. Politics is every knotty dilemma, every complex life experience. Every single one of us ascribes to certain politics, whether we’ve reasoned them out or not, whether we live them out deliberately or under duress.
I’d be the last person in the room you’d call a cinephile (I prefer books). But I can’t deny the mass influence they wield. Three movies that I watched in the past month made me think about how they’re permanent chronicles of social mores. Especially so because they all came out in the 90s (a decade that doesn’t seem like that long ago). All three are movies I watched when they first came out, enjoyed tremendously and have watched again several times over the years.

The first was Independence Day, that alien-bashing saga we all loved. It only struck me recently how

mathematically precise the film’s racial ratio was. The 80s started making a point about black/white integration. Remember the episode in ‘Small Wonder’ where a potential rich (and WASPy) employer comments on Jamie Lawson’s best friend being black and how such things would never happen in their new neighborhood?
By the 90s, it had gotten subtler and maybe storytellers were not supposed to point out how racially integrated they were. And enter Independence Day with one studly, wisecracking black male lead (Will Smith), one hunky, intellectual Jewish male lead (Jeff Goldblum) and one golden WASP male lead(Bill Pullman). Each man was paired up with a colour-coordinated female character. Is that how world is? Ha, no.
Mainstream Hollywood movies settled into all-white or all-black movies with token representation of the other racial group and barely-there nods to other racial communities. There’s a rare movie like Hitch which had a black male lead and a Hispanic female lead but did not once touch on the issue of race. Tokenism is so real, it’s an actual word.

The second film I thought of was Rehna Hain Tere Dil Mein, which was

Madhavan’s entry into Bollywood. For years I have loved the film and enjoyed its music and its droolworthy hero (a Tamilian man can look like that??!). Sometime in the last decade I began thinking the story was a bit dated. Maddy’s lies (such a crucial part of the plot) started to bother me a few years ago. But it was only in my last viewing, that I was truly appalled. RHTDM is the story of a stalker with a history of violence who has no qualms about lying, cheating or misogyny. And I’ve been ingesting its narrative as a romantic film. I will never watch this movie with pleasure again. As for Madhavan, the actor. I can’t think of him as anything but Stalker Maddy anymore.

And finally, I just finished watching Mrs.Doubtfire. On this

movie’s politics, I’m not sure. On this last viewing, I caught a subtle thread of antagonism towards the trans community. When Chris accidentally walks in on Mrs.Doubtfire peeing standing up, he reacts as if there is a criminal in the house. His sister Lydia automatically grabs a hockey stick, wielding it as a weapon. Robin Williams explains his actions and the situation is resolved. But the whole thing has an air of ‘I’m dad in disguise. I’m not really abnormal.’ He even says

“I don’t dress up like this all the time or frequent old lady bars.”

When the judge pronounces his ruling, he takes away custody because he wants to protect the children from unsavoury influences (not from a person who lies). All implying that a man who dresses like a woman is abnormal, unsavoury or a criminal.
At the same time, I can also see how revolutionary it was (still is) for a popular male actor to play a female character and do it without parody. The film deals with divorce and relationship breakdowns in a very sensitive way, projecting neither parent as bad but just victims of a broken relationship. It even makes me wonder whether transphobic attitudes were being subtly mocked. I really don’t know.
Cinema is a commercial medium and movies have to find ways to make money for their makers. They have to do this by catching attention and popular fancy but also by avoiding unpalatable ideas.

The politics of a Salman Khan

I was asked “Do you support Salman Khan?” and my answer is a definite NO. I have a problem with his history of partner abuse, endangered species killing, violence towards the media and of course, American Express bakery. I have boycotted Salman Khan films for over a decade (making a single exception for Dabangg). My politics do not permit me to support his work by paying for tickets, and that means I’ve brought politics into art too.
I’m still undecided on the original question, a prerogative I get to keep if I’m not on a debate. And here’s something of interest I found while considering the question (‘Dear India, Pakistani actors don’t need Bollywood to become stars‘). Let’s not forget that this is about economics and power, not justice.

2 thoughts on “The Politics Of Cinema: Ideas, Influence & Agenda”