Where We Preen And Talk About Our Hair A Lot 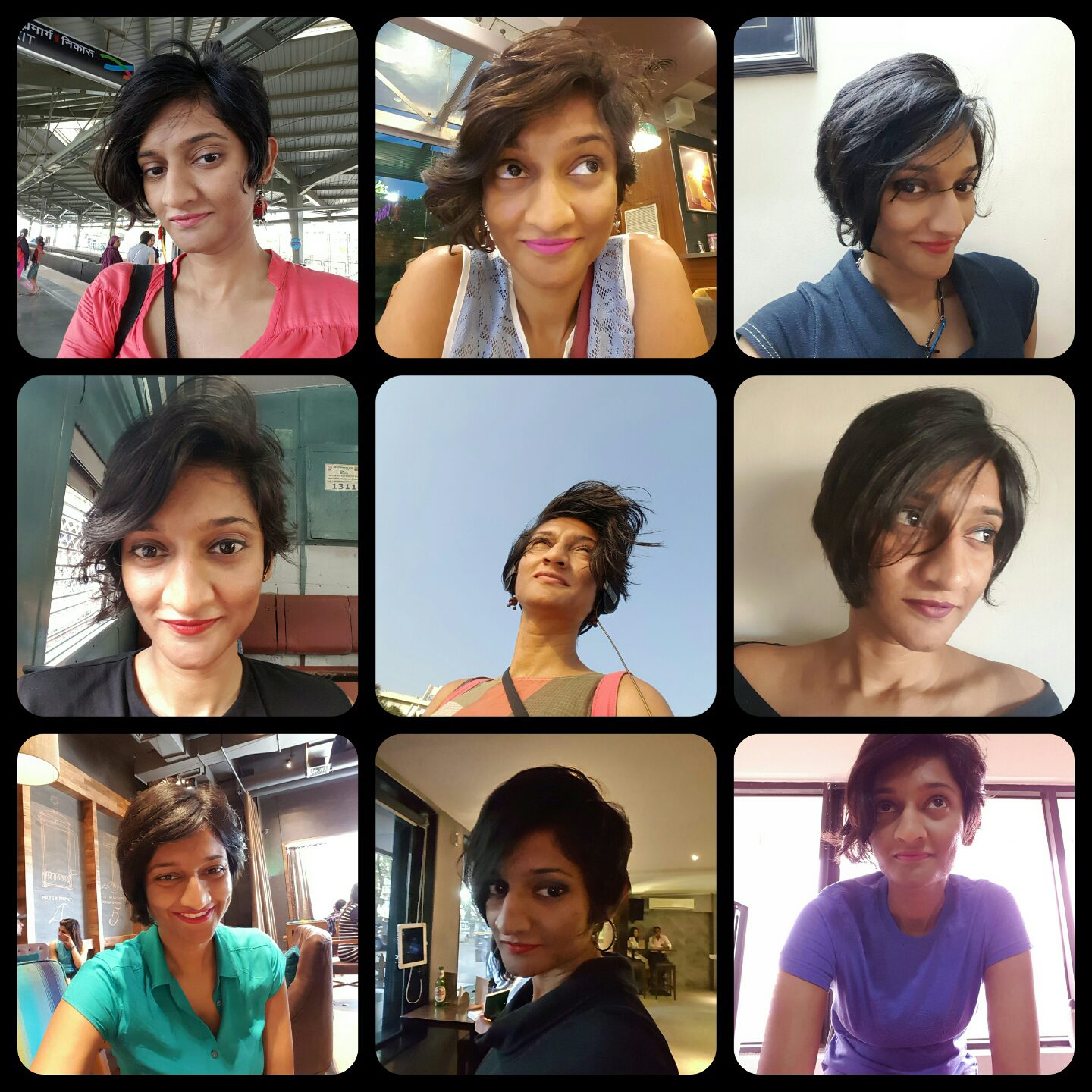 I’m a vain peacock in the most obvious way possible.

I love my hair. Unlike skin and other organs, it has never given me reason for worry. It’s straight, silky and has stayed black longer than most of my peers. It echoes my personality remarkably well (distinctive, shiny, healthy). It’s malleable to all my commands. So I’ve had several different hairstyles over the years.

As with most things about my personality, my hair preferences wage war with popular notions. Most Indian men like long hair. This preference is less about aesthetics and more about conformity to the Indian demure little woman kind of beauty. It also fits the Saadgi concept. I’m always surprised by the fear women show in trying out a new shorter hairstyle. So what if it doesn’t look as good? It’s hair, I say, dead cells, it’ll grow out soon enough. I know because I have gone short and lived to tell the tale. And I prefer short hair. It’s fun, low maintenance and lends itself to more variation than long hair.

Here’s something I got from watching America’s Next Top Model: Short hair and/or completely slicked back hair shows confidence because a person can’t rely on wild hair to mask facial blemishes or imperfections. The TV show Glee pointed out the distraction value of hair in an episode titled ‘Hairography‘. Given my dark skin, most people probably think I should be hiding behind long tresses that at least fit the popular standard of beauty. And why not? Hair’s primary use in beauty tactics, is as a concealing device or distraction measure. It is never celebrated for itself.

Anyway, earlier this month, I decided single or otherwise, I wasn’t going to use my hair as bait to trap men. If a man liked me, he’d have to like me with whatever hair (or not!) I had. Besides, it’s part of my body. I don’t think anybody, let alone an unknown man from the distant future should have any say in what I do with it. So I went under the scissors. And I’m very, very excited with the result! I don’t know if I’m more or less or just as attractive to members of the opposite sex but it doesn’t matter. Not in that angry I-don’t-care-about-what-men-think way but in that I’m happy because I’m doing something that delights me. Look at me fab!

Fun fact: I got my hair chopped off at Mad O Wot, which run by Sapna Bhavnani. Look at what she posted on Instagram a little later! 😀