Dark Girls Have All The Fun 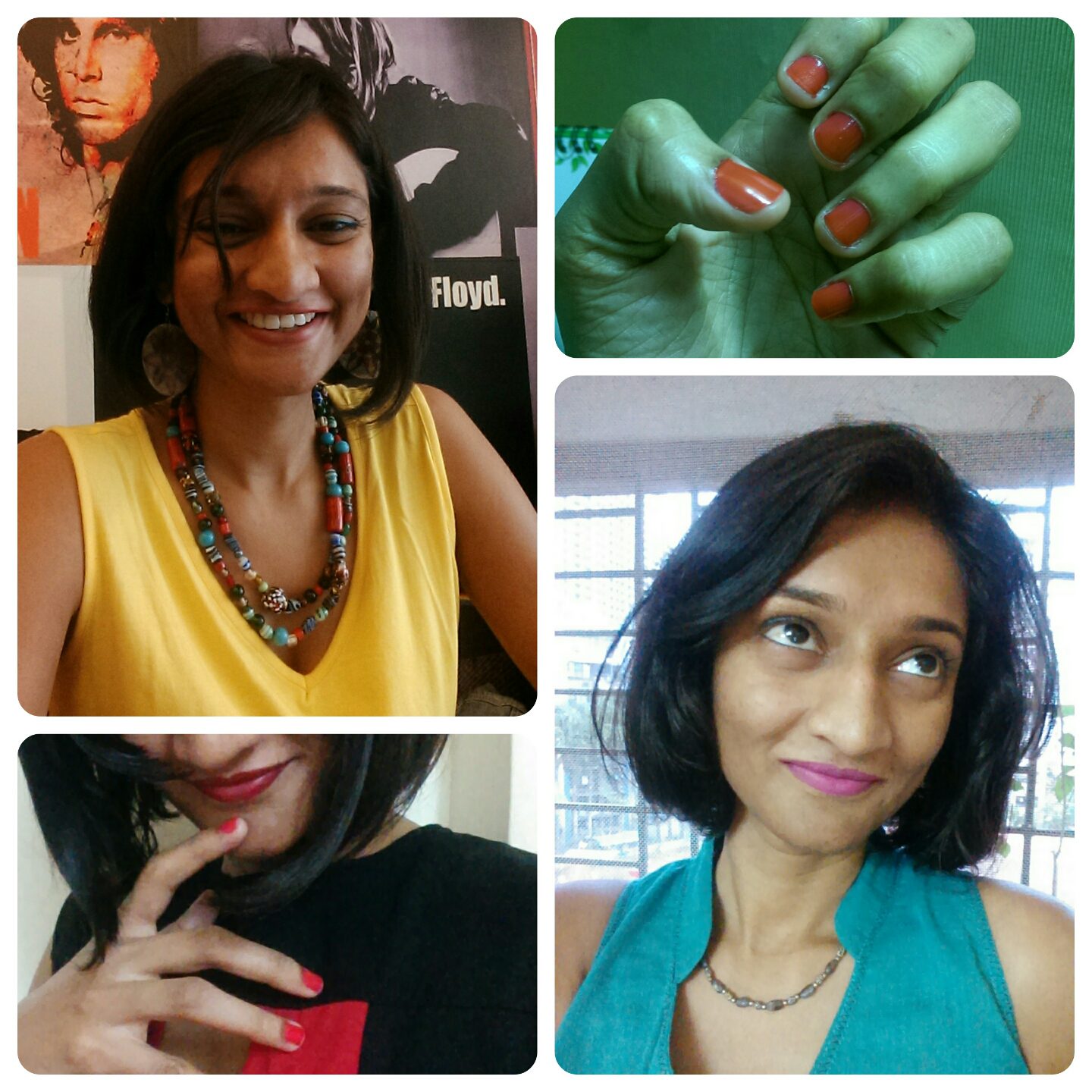 Last week I was at a Body Shop outlet. Two women were waiting at the counter. I walked up to join the queue and smiled at them. Both of them looked me over — my short hair, the lipstick swatches on my left wrist, my minidress and they turned their faces away. I might not have noticed it. But my attention was momentarily captured by a gloss on the shelf on the side. I bent down to examine it, then changed my mind and straightened up immediately. I turned just in time to catch them both eyeing me curiously. They turned their eyes away immediately.

Fifteen minutes later, I was at a coffeeshop and the same two women came up behind me at the counter. Their reactions were exactly the same. Looking away or right through me as if I were invisible. But at least twice I caught them staring at me with a curious expression of disbelief and what? Awe? Resentment? Anger? Wonder? I know I’m not imagining it because I had a friend with me who wondered why they were behaving so oddly. They behaved differently with her — the vague half-smile one gives strangers in shops followed by casual indifference, only stopping to make way for other people but with no eye contact.

It struck me when I watched ‘Queen’ — the character of Vijaylakshmi (played by Lisa Haydon) in her glorious rejection of the Indian stereotype of womanhood. I only caught the obvious things in the first viewing — her smoking, drinking, open sex life and single parenthood. The second time though, I caught something so obvious, I was stunned that I had missed it. How could I have missed the fact that Vijaylakshmi is a dark-skinned diva? It’s the ultimate rejection of everything India believes about women — that we should aspire to be attractive sex objects and that there is only one definition of attractiveness.

Rani’s shock, fear, then awe and finally respect for Vijaylakshmi was a richer story when I realised this. Rani is the kind of girl who has grown up being awarded brownie (sorry, pun-haters) points for fitting that stereotype. It would be inconceivable for her that a woman like Vijayalakshmi exists, is not just unperturbed by it but actually proud and happy about the way she is.

If you think that might be taking things a bit far, look at another role where Lisa Haydon does pretty much the same thing to the protagonist (except the princess there doesn’t have Rani’s strength to grow). Aisha’s pampered princess is jarred by the presence of Arati, who owns her caramel skin even better than the rest of Delhi high society wears their Prada and Gucci.

What stands out about both Vijaylakshmi and Arati’s characters? It’s not just the fact that they are dark-skinned girls. It’s the fact that they wear their skin with pride, not defensiveness or fear. Neither character acts as if she needs to apologise for having extra melanin. They don’t hide behind the dull browns and maroons that get assigned to dark skins as ‘best suited for this complexion’.

How many dark skinned women do you see wearing shorts, singlets or backless dresses? How many of them have short cropped hair? How many wear colours like neon pink, bright orange or parrot green? In short, how many dark skinned women do we see in India who are comfortable enough to wear their skin and not hide it behind cloth, hair or drab colours?

I don’t have any facts and figures for that but I am a dark skinned woman. I do all of the above and I get noticed more because of it than because I’m striking in any other way. Fair skinned women often react to me in one of the two above ways — either with secret admiration growing to respect or with undisguised resentment. In the instance that I mentioned at the start of the post, both those women were milky white. My friend is what we call ‘fair skinned’ too. I was wearing a pair of bright yellow shoes, maroon shorts and a singlet. I also had on my trademark blazing lipstick and short, cropped hair. None of these speak of a woman who feels like she has to hide her physicality. I imagine that comes as a big suprise to most people.

I didn’t grow up being told I was nice-looking. I often got told how my dark skin was a liability. It still gets told to me, by beauticians, by fashion bloggers, by Bollywood songs that deify the ‘gori’, by fairness cream advertisements, by distant family members, by an ex-boyfriend, by well-meaning friends who suggest that I quit swimming. At some point of time, I realised nobody was every going to think of me as beautiful. But I had to live with my own body  and see my face in the mirror every damn day. I couldn’t live with hating that for the rest of my life so I decided that I’d learn to see myself as beautiful. And I did. Now I find I’m past the outrage of being discriminated against for my skin colour. I know I look good. I feel it in my head. I just know with utmost certainty that something looks good on me because it looks good to me. Everyone else’s opinion is just that. But I realise that this self-knowledge scares a lot of other people. Their cruel words and angry gestures come from a place of fear and that’s something I have to pity. It can’t be easy living your life inside an constricting view, then discovering that someone who doesn’t do that but looks happier than you feel.

I’ve discovered a secret and there’s no going back on knowledge. Instead of fewer colours ‘suiting me’ as the beauty magazines say, I think a lot more of them do. Colours that usually get called ‘outrageous’ don’t jump off my skin like they are plastic/amoeboid life forms. My unfashionable skin colour carries vivid violet, bubblegum pink and Fanta orange in exactly the same way as it does muted browns and maroons. This is great for someone who enjoys colour the way I do — like the company of a close friend. And finally, this knowledge gives me the confidence to wear what I like, which I believe is the only real ingredient there is to looking good. I think this knowledge was for me, a breaking free of one of the invisible boundaries society places on women’s bodies & minds. There’s nothing but freedom beyond that.

If you’re a dark skinned woman, lock away your browns, maroons and greys and pick up a tomato red, a sunshine yellow, a tangerine or a neon green. I dare you. You’ll thank me when you join the party of dark divas laughing at everyone else who is conforming. I think I’m beginning to understand Arati’s cool composure and Vijayalakshmi’s laughing nonchalence. Dark girls really do have all the fun.

15 thoughts on “Dark Girls Have All The Fun”