What An Old Boyfriend Taught Me About Respect 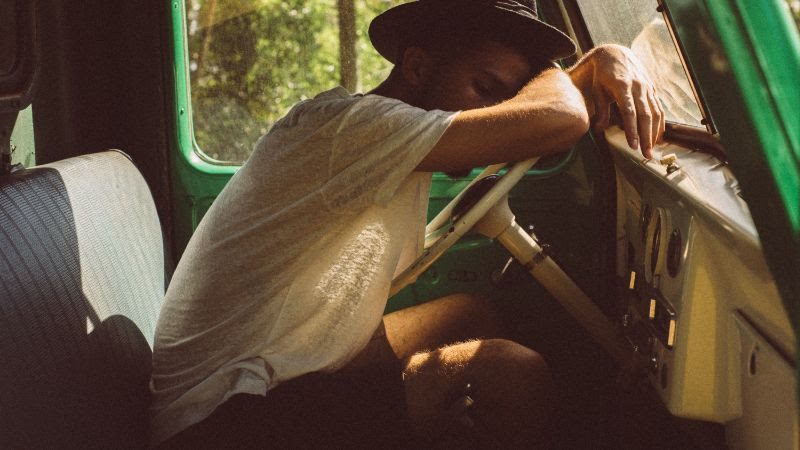 We met for coffee recently. He was my first boyfriend and I, his first girlfriend. We were both 19 when we met and it was instant him-and-me at first sight. We’ve kept in touch and we catch up for a coffee and a chat on each other’s lives every couple of years. We’re exactly the same age, just a day apart. Each time we meet, we have a few more life milestones to talk about. So each conversation marks a checkpoint for me, on how far I’ve come, how my life has diverged and turned but stayed true to who I am (which I continue to discover with each turn).

He is charming but in an easy, non-agenda based way. And it’s easy to be around him. Each time we speak, I feel like he sees me as who I really am, beneath all the trappings and notions I’ve acquired over the years, because that core essence never really changes. It would probably seem more sensible to call him an old friend rather than an ex-boyfriend since he has been more of the former than the latter. And given that the term ‘ex-boyfriend’ comes loaded (especially in my recent experience) with associations of angst and pain and unpleasantness, it doesn’t seem like it fits on him.

But perhaps for that very reason, I choose to hold on to that label for him. It makes me feel a little soothed from the toxicity of my love life — the manipulation, confusion, betrayal and mayhem that ‘love’ brought me, since him. It’s always pleasant to remember that I did have — do have — one man in my life with whom romance happened minus poison.

One of the things we spoke about was the way our love lives shaped up. I guess that’s part of turning 35 (since we didn’t meet last year), this stock-taking of life. In between laughs and onion rings, I told him that I had at some time, dated two classmates. Usually I pause for effect and then clarify that both men knew and each time the guy asked me out. This time, I just said, “Not together.”

He said, “I know. You’re not capable of doing that. It’s just not possible for you. You would be in much more pain than either guy in that situation. That’s how I know you’d never do that.”

This pleased me so much. It still pleases me. I love having someone in my life who knows and believes this about me and it makes me realise what a thorny, paranoid world I live in. I also know that loyalty and fidelity are very important to him and it makes me feel very good that he respects me, on that account.

Along with this came the realisation that respect has no currency in my relationships now. The people I went out with after him, did not care whether I respected them or not. It did not bother them that I thought badly of them afterwards, unless it caused problems in their daily lives. And since I have never really been the vindictive sort, my low opinions of them stayed just that — inconveniences that they shrugged off. That disregard and complete indifference to my respect really hurt. I realised that my respect held no value for the men I was around. They literally didn’t give a damn whether I thought of them as good people or bad.

For many years it was very important to me that the people in my life, even those who were once a part of it and not anymore, knew that I did right by them. In recent times, I’ve come to not care about it. I don’t think my last ex (the one I was engaged to) cares a bit about whether I cheated, whether I lied or whether I maliciously did harm by him or not. Would it matter to me if I discovered he had done any of these? I know already that there was lying and there may have been some semantic cheating. Simply for my own peace of mind, I will myself to not care. This means I must also stop caring about who he thinks I am. And that is how respect loses currency in relationships between people.

The magnitude of this realisation was staggering. Now, I approach men, especially those with whom there is even the slightest romantic context, by first putting respect out of the equation. I will myself to not care about what they think of me with such platitudes like ‘there’s only one thing they’re all thinking about and I’m covered on that front’. I don’t allow a man the right to assess me on things other than appearance or frivolous things like achievement, success and vivacity. But on character, I don’t let it even come into the conversation.

And in turn, I am quick to throw my own respect out of the situation. I practically pore over a man’s character in a bid to find flaws and reasons to not respect him, the person, anymore. It feels easier to not respect a person at all than to respect them and be disappointed — and worse, realise they don’t care.

I don’t really know where I go with this insight. Knowledge of what is, doesn’t give you the ability to change what is. There is plenty to prove that my way of doing things keeps me safe. After all, a staggering majority of men I know see me as a collection of visually appealing bits & bobs that could give them something they want. The minute the possibility of that diminishes, most of them lose interest and don’t care to even pursue a conversation, let alone treat me with courtesy or respect. Why should my respect even be allowed to them, when they don’t care either way?

But then I put my onion ring down and I look at the man across the table from me. Once I thought I loved him and that he loved me. I’ve known love to be cruel, selfish, controlling and untrustworthy and he has been none of those things. But in a single conversation with him, I feel the kind of peaceful serenity that I have never felt with the other men who have been in my life. Mutual respect must have something to do with that. It’s very tiring holding it back and having it withheld. I don’t know whether it’s better to be exhausted and safe or whatever the alternative to that is.

One thought on “What An Old Boyfriend Taught Me About Respect”