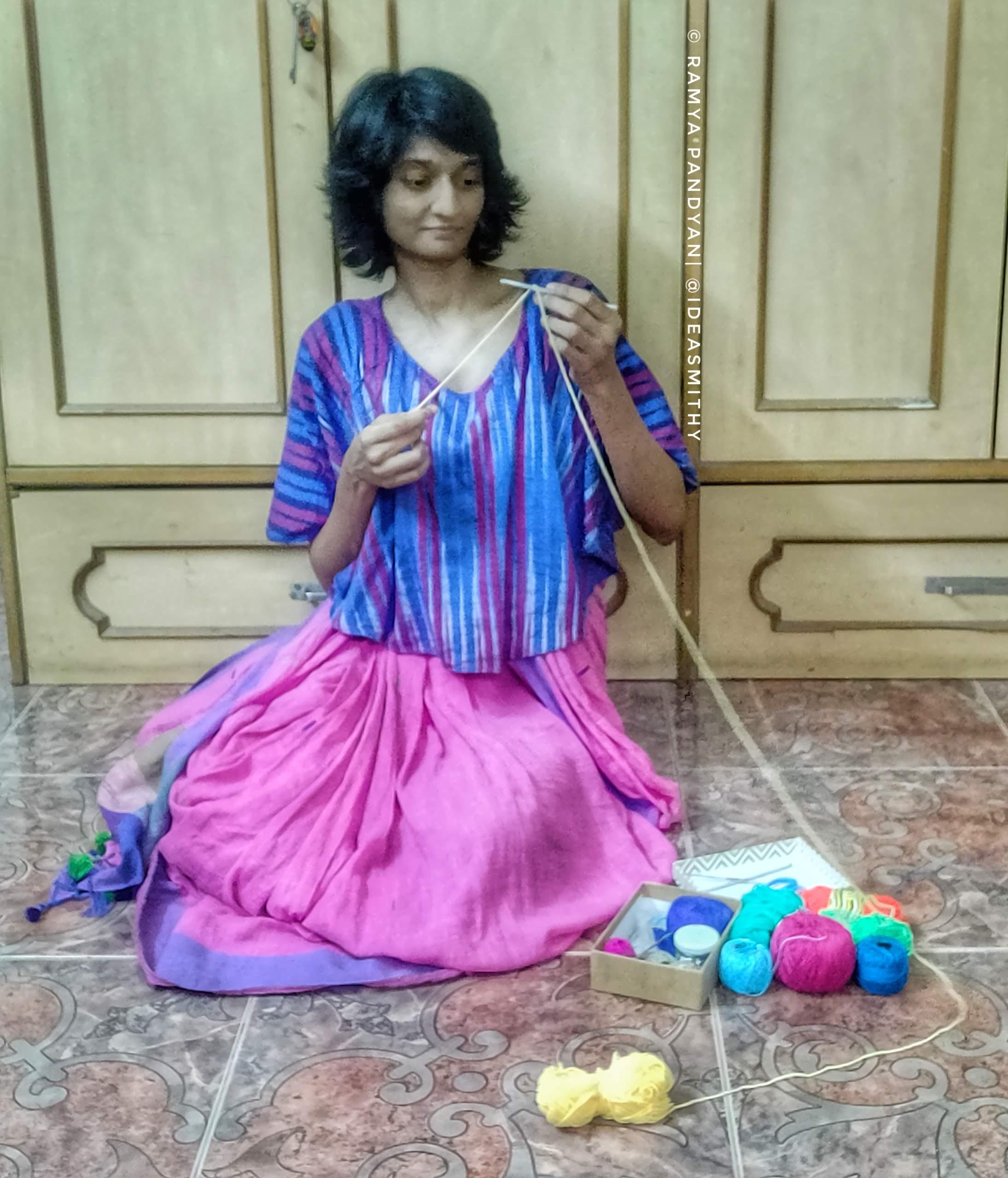 I picked up the crochet needle today. I began crocheting in 2002 after I heard it was calming. My impatient younger self had been bored by the labor but in 2002 I found something else. I was struggling through something I did not understand, had no support or idea how to get out of – violent abuse. Every moment had confusion, pain, guilt, terror, anger. Crochet gently insisted I pay attention but without taxing my fraught brain. It brought my breathing into rhythm, which I know now is a way to start healing.

I’ve been reading a book about violence. Why, the reactions come flying at me. A friend screamed at me for reading ROOM that I better not come to her when I was sad later. Others say it’s a trigger I should avoid. People have tried to impose limiting stories like ‘Strong Woman’ on me. One person silenced me because ‘it triggered her to know strong women get beaten up’. Advice to avoid triggers comes couched in well-intentioned tones. When I don’t pay heed, people attack with ferocity. Whether ‘triggers’ are a useful idea or not, they’re brandished like weapons. The fuel is always fear.

Why do I read about my traumas? Because it helps me build a narrative I can live with. I don’t like fear; I resist it. It feels alien, unnatural to me. It’s not that I’m never afraid. I have seen & tasted my own blood, swallowed my reactions for fear of escalation. I know that surviving attack means carrying the blame for it. I’ve never been wrong. I also know that the world operates from fear. Every screaming voice is fear. Every cruel act is fear. Every petty slur, nasty barb, silencing act, personal attack, control attempt comes from fear. I know these are not me.

It’s hard to keep a hold on that truth, through universal gaslighting & attempts to control my story. These books, articles, shows take me to dark places in my mind but it is MY mind. I face every aspect of my self, to shape my story fully & powerfully. Fear, you will not have me.

When I focus again, I realise I’ve dropped a stitch and miscounted. But that’s okay because the yarn & needle are firmly in my grasp. It’s my choice to undo or redo.