The Feminine Side Of A Man 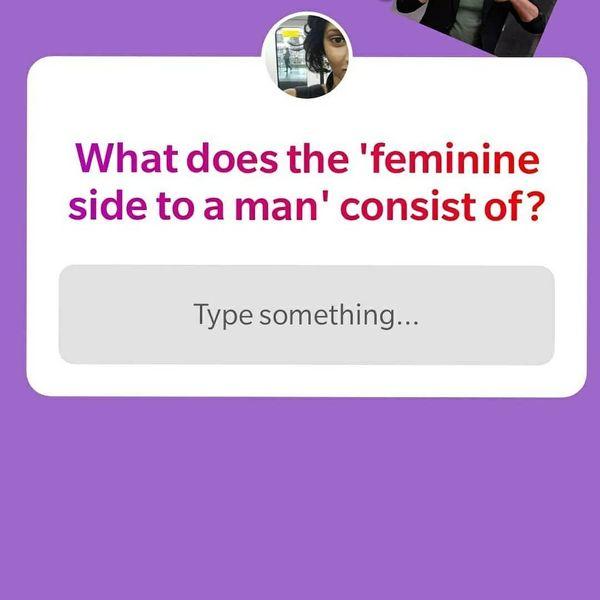 I’m told this means traits like gentleness, delicacy, modesty, being nurturing. Why are these feminine? The argument goes that biological roles dictate these gendered traits. But who says decisiveness is not a maternal (supposedly feminine) trait? Or the ability to adapt & compromise doesn’t align with the hunter instinct (traditionally masculine)?

I’ve grappled with my gender identity since my personality has been described as ‘ladkon ke jaisa’, ‘tomboyish’, ‘as if I’m a man’. The subtext being that my BIG personality & my vocal, confident, take-charge behaviours are masculine. I don’t think genitalia comes with personality attachments.

There’s a big problem with seeing human qualities as gendered. We are constantly shocked to find them appearing in bodies that we do not expect. Every gendered quality is a good one – assertiveness, gentleness, courage, resilience, determination, adaptability. They’re only turned into vices when we encounter them in people we don’t expect to find them. A confident woman becomes a bitch. A sensitive man becomes a weakling.

I wish I could say I’m free of these but I’m not. I don’t know how to respond to gentle men. True, I haven’t met many. But also, being a more assertive person myself, I may miss quieter aspects of other people’s personalities. It’s not helped by the fact that men feel the need to hide this since it’s supposedly ‘feminine’ behaviour.

My own traits are mine; they are not borrowed from another gender. Thus, I return to pondering what the feminine side of a man is. Any thoughts?

One thought on “The Feminine Side Of A Man”