A Leaf Out Of Someone Else’s Book 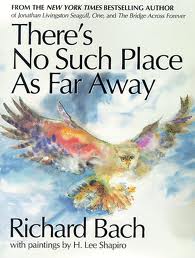 I stopped by this pavement stall last evening. It has been…oh, so very long..since I visited this place. Getting to be a real book-snob, are we, patronizing only the big bookstores? Yet, the bookseller recognized me in trice and his eyes bore no rebuke.

There’s one at every corner, if you know where to look and I’ve given away a few of my secrets before. This is (or used to be) one of my favorite haunts before convenience and credit cards took over.

From the evergreen Sidney Sheldons, John Grishams and Jeffrey Archers to the ubiquitous management books, this place still holds its charm. It’s hard to supress that innate sense of superiority in pulling out a book and placing it in the ‘right’ stack along with others in the genre. So pop fiction to the sides, classics in the middle, bestsellers on top. Then realisation strikes that the dynamics of cataloguing work differently in a street-stall.

There’s a certain order in the chaos, one that creates itself. You’ll always find Diary of Anne Frank, Roget’s Pocket Thesaurus (I don’t know anyone with pockets large enough to fit this volume!!) and Chicken Soup for the Soul atop one of the heaps. These are books that most browsers instinctively pull out and several dump aside as well. The largest stash in any raddiwalla’s store will be the Mills n’ Boons and its twins – who says the city is devoid of romantics?  🙂

Popularity determines the order, not genre or author. It has its own appeal. After all, if you’re like me, you’ll know the best way to read is not to go slam-dunk into any particular author’s works or even to stick to one genre. The most satisfying way is to vary them, never repeating any aspect in consecutive books. That way, the contrasts bring out the speciality of each book and make the experience so much richer!

Ever so often I’ve found that all I have to do is grab an armful of books from anywhere in the stack and I’ll have my next three books in the exact order that I would like to read them. The random shuffling has already been done!

I finally picked up There’s no such place as far away. Long are the days that I was an avid Richard Bach enthusiast. While those days are past and this isn’t even one of his best, I still remain a collector and so the slim pastel-covered book will occupy a place of pride with my other black-and-blue-and-silver volumes.

I always like to open the first page of a book. A new book has a sense of anticipation and…emptiness; like a new house waiting for you to furnish and populate it with your thoughts and being. A second-hand book on the other hand, is like being welcomed into someone else’s house.

On the inner cover were scribbled in a vivid flourish,

I’m sending you my copy. I don’t know how much sense it might make to you but it’ll be good reading anyway (wot!!) It’s something I feel..and believe in. Enjoy maadi!

Was I sneaking a peek into a private conversation*? Yes I was…but I had bought it after all. My guilt assuaged, the voyeur in me smiled. It sounded exactly like something I would have written and just the same book I would have gifted a friend.

There is nothing quite like the feel and smell of an old book. Even if it is second-hand. Perhaps, especially so.

* If either Maya or Chandru are reading this post, I feel like I should apologize for not asking your permission first before sharing this note. But it touched a chord somewhere, really.

21 thoughts on “A Leaf Out Of Someone Else’s Book”