Feb 25, 2021 BussKyaBambai, Gratitude, IWear, Out of the blue, Saree Style 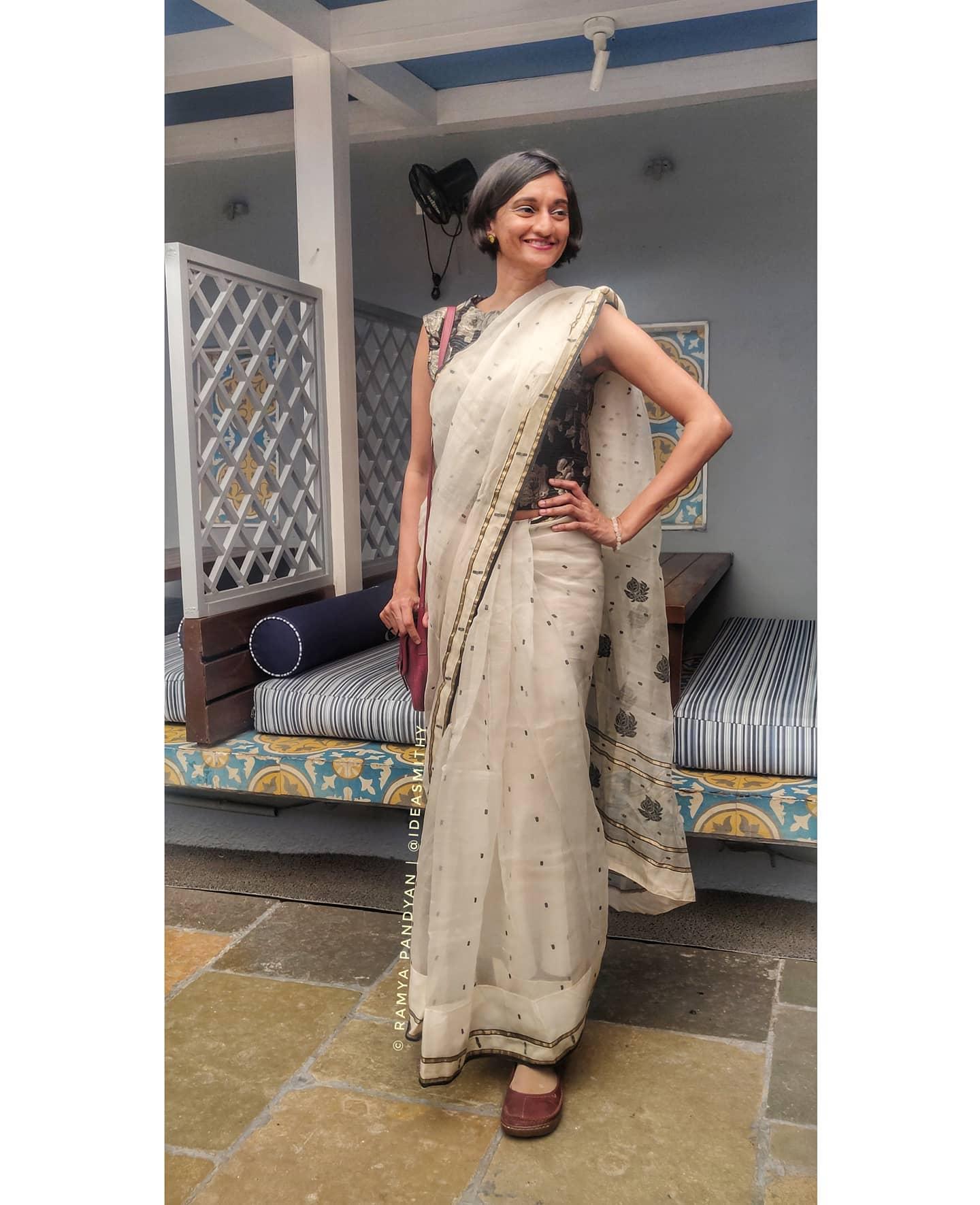 I’ve been taking tentative steps towards normal life (or whatever that looks like) in 2021. I went to Bandra to meet a friend for a meal & a walk. Two days later, I went out to lunch with my family. It feels like therapy after a surgery, using muscles, thoughts, feelings that used to be familiar but which have lain dormant for months.

The theme of #BussKyaBambai coincided with my re-discovery of my city. I’ve thought about the streets, pedestrian culture & other ‘down-to-earth’ aspects of my city story. But today, I want to give thanks for the luxuries, the privileges that go with living my life.

Young urban Indian adulthood in the 2000s meant the cutting edge metropolitan lifestyle offered up on a platter. Swish MNC offices, fashionable clothes, novel cuisine & swanky hangout places to spend our new incomes on. It was very different from the world we’d been prepared for, a consolation prize for recessions, (over) correction for the homogeneity that capitalism would eventually bring to our cities. Because we’d grown up with single channel TV, landline phones & home-cooked meals rife with emotional politics, this all felt unforgettably liberating.

I liked this restaurant a lot more than its more popular, similarly themed neighbour because I felt like the latter tried too hard for a white people/white-adjacent clientele. My privileged hipster activist tastes were shaped as I navigated luxury temptations & class realities. I ate here at one of the earliest Twitter meetups (OG Twitter, not old Twitter that was already gunning for virality). I dined with my family after they watched me feature in an Independence Day event close by.

At the family lunch, we were the only people dining there. The food was spectacular. The staff was nice. The weather was unseasonably mild. It was perfect. Returning to these places after the past year makes me realise I’m done letting guilt, discontent or worry mar my love of places, people, experiences, things & even memories. I’m just purely grateful to have had the experiences I did and for the life I’m going on to live, whatever that may be.