Out On Singles Town 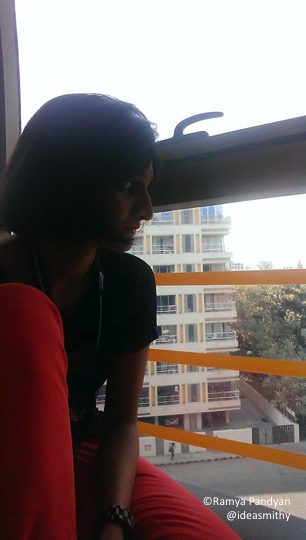 Out On Singles Town

Something interesting that happened to me in 2014 was meeting two different guys and deciding NOT to pursue relationships with them. I remember an Ally McBeal episode (does anybody even remember that show?) where she says,

“I don’t actually date, not for the fun of it. I audition potential husbands and if I don’t see any potential, I don’t waste my time.”

This is what I spent my 20s doing. I may have missed out on a few good men but I definitely missed a whole lot of fun. Fun, dating should be that. It’s about meeting a new person, about getting to know them, doing fun things with them and maybe chasing a dream of something nicer. I enjoy all of those things. The trouble with this husband-audition business is that it becomes too much like a work goal and when that happens, fun is the first one to exit the door.

This is not about random hook-ups. I am not that person. As far as I’m concerned there is nothing random about my interest. I value my time and mindspace so why would I want to throw it away on people who actively do not want to matter? The real fun of people is when they are being people with their unrealistic hopes, their politically incorrect desires, their lovable vulnerabilities and their unpredictable flaws. I’m looking for people to experience, not cucumbers.

I’ve done the girlfriending thing several times over and the till-death-do-us-part style partner once (and that probably was ENOUGH). Being the female half of a comitted couple is not fun. It’s about having to put yourself and your relationship into limited roles and explanations that everyone feels able to digest. In my experience, it has been about stifling boredom and disappointment, pretending public approval is enough to make up for squelched fantasies, dealing with neglect and taking-for-granted, trying to live up to ideals of Independent Fabulous Perfect Indian Woman and never pleasing anybody else. Oneself? Ha! Where is there space for me? Nobody wants to know that there is a ME under all those roles and restrictions.

Complaints aside, maybe there is a solution. After I hit 30 and especially after my engagement ended, the pressure to commit to one man has eased. This does have a lot to do with most of those pressuremongers giving up on me. Their snide comments have not just dropped, I’ve become invisible to them. That’s okay. Because beyond their judgemental, oppressive gazes, there is a whole world beyond.

This world is called Singles Town. It’s got good health and glowing skin from waking up early after a good night’s sleep. It’s got turning in early or spending a weekend tucked away with a book. It’s also got daring makeup, on-the-whim clothing and shopping sprees with girlfriends. And yes, it has men. Men who find their attention captivated, who want to have conversations, who want to impress, who want to hear what I’m saying.

These are not bad men. They are not even necessarily the kind of limited men I’ve dated before. They are intelligent, independent, smart and fun. When I stopped mentally measuring their appropriateness, their compatibility with me, their fit with my social circle and a million other things, I discovered how much fun they could be. 2014 has been a year of some very, very fun dates and conversations that went nowhere. And so what? They were fun.

Of the two men, one of them turned mean and the other went flaky after I said thank you but no thank you. Well, they were only human. I think it would have been a lot harder for me to accept these flaws in them, if I had started off thinking of them as potential longterm partners. Instead, because I approached each one just as a new person, it felt a lot easier to let them grow into who they would be in my life. This is such a new notion for me! I didn’t even realise I had the ability to not jump at a man offering commitment, as if he were my last chance at a happy life. To any of you who think I deserve your pity, ask yourself if you feel you would be able to do that? Hmm, I thought so. Well, saying NO to what might have been everlasting happiness, because I want to see if there are other kinds of happiness — that’s a kind of freedom that’s worth more to me.

Yes, I have to worry about my own safety each time I’m out. Yes, I don’t have anyone to care about my health and well-being (well, come to think of it, none of the men I dated ever did, even while I was with them; most Indian men, not trained to think about someone other than themselves, I think). Yes, I don’t know what the future holds for me. But you know what? I wouldn’t know what it did, even if I were in a committed relationship. People lie, they fall out of love, they weaken, they cheat, they die. All kinds of things happen that a commitment cannot insure you from. I’d rather not live my life under a mushroom, fearing storms and floods.

Maybe I will regret this. But I don’t think so. I see no point in regretting doing something that seemed like a good idea at the time. That’s the only reason I don’t regret sticking to the straight and narrow through my 20s. That’s what appeared to make sense then. Life is such a mixed bag of tricks coming at you, there isn’t much sense you can make of it, except post facto anyway.

Commitment in all the forms I see around me is limiting. I haven’t yet gotten to a place where I can envision a comittment model that gives me the same inspiration, freedom and joy about the next minute, that being solo does. And what’s more, I know even if it exists, it will need a lot of work and effort to build and sustain. I think I’ve worked really hard for all my adult life at this and I deserve a break.

One thought on “Out On Singles Town”