Masters Of Sex: Wake Me Up When You Realise Sex Isn’t About The Man 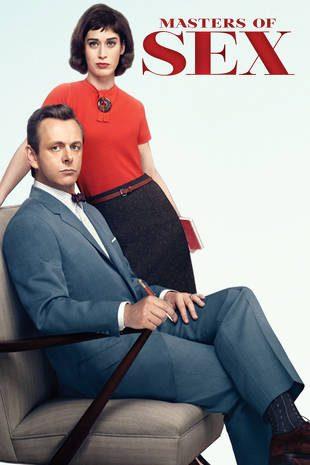 I’m currently watching the TV series, Masters of Sex. It was the first show I began on Netflix when I first subscribed. I had to stop and move to other things that were easier. I’ve tried to come back several times and I think this time I’ll manage to finish it. I’m also reading the book that it’s based on, both versions being about the relationship between the two sex researchers Virginia Johnson and Bill Masters. The last time a show brought up so many thoughts was when I was being initiated into Cosmopolitans and Manolo Blahniks.

I think Masters of Sex in addition to taking on a very difficult subject also fell into the Season 2 trap of fizzling out after the first climax. The attempts at addressing racial discrimination, people of science against the might of money – none of these plotlines really worked. Having survived the subsequent season I have an idea why this happened.

Do we really need to know about yet another man’s daddy issues and how these are the reason (not gravity) that his organ doesn’t stand right up? Where’s the fun in labouring through yet another ponderous man trying to blame his infidelities, mansplaining, emotional stuntedness and instant gratification chasing on the people around? Bill Masters is not a likeable character and Season 2 rides on his cliched, boring, limited inner life.

This is especially striking because in the same frame is a character and storyline that’s solid gold waiting to be mined. Who is Virginia Johnson? She’s multiorgasmic, a divorcee, a single parent. Is she a gold-digger or a victim of sexual harassment? Is she brilliant or just great at faking it (and presumably convincing a qualified doctor to do so)? Is she that good in bed and if so, how? What paths led her to this place (inside her head, not just the superficial backstory she’s given)? What is her relationship with motherhood, her own reproductive system? We know her thoughts about sex and vaginas – or maybe not. Is she playing an elaborate game of agree-then-contradict to keep the interest of the one man who is her way out of a humdrum life? And why are these politics not explored better in a show that is literally about the politics of sex between two people who are studying, recording and analysing it?

The first season touched on some of these. It was also the first time since Sex & The City that I’ve seen a popular show acknowledge the

The third season attempted to steer us back into some of that but took the laborious route of nasty teenagers, whiny children, bored/cheating spouses and some casual lip service to current causes (race relations, queer representation). Still a whole lot of hullaballoo over a very boring, very self-obsessed, very dysfunctional barely human man. But the fourth season sees us back on the cutting edge stuff of fetishes, infidelity, traumas, ego clashes, gender politics and most importantly, how these play out in the bedroom.

I’m curious to know if my reactions are based on my gender and whether any male viewers agree with me. It’s not that men are not interesting in the context of sex. But this point of view, even this character is not new. There is nothing about this storyline that I haven’t already seen a thousand times over in popular music (both desi and international), Hollywood, gaming, poetry, books and theatre. We know the penis needs a lot of pandering and support and encouraging to function sexually. We know male dysfunctions are often psychological. We know of terms like emasculation and performance anxiety. What we don’t know is what’s going on in the female body? The vagina from whence we all came, she of the self-cleaning repute and multi-orgasmic ability – what’s up with her?

I was hoping Masters of Sex would answer questions like why are so many straight men fascinated by lesbian sex? The reverse doesn’t appear to be true with straight women salivating for gay sex. How about the overdone conversation around positions? Is there really a physiological reason that certain positions feel more powerful than others or it is just what we’ve been fed by the media and the big villain – patriarchy?

The researcher in me really, really wants to know and so does the woman.

Update: I’ve finished Season 4 and I unhappily report that it is a shameless pandering to current day political correctness. There’s a ghastly focus on gay/lesbian people and I call it ghastly because the portrayal feels so token and the ‘no conversion therapy’ message like they replaced scriptwriters with PR people.

I still do want to call out two things that really stood out for me in this show.

I loved that Season 3 addressed Margaret’s profound sense of betrayal while still feeling the need to be loyal to Barton. She even takes on the onus of the divorce by telling her daughter she was unfaithful, resulting in the daughter cutting ties with her. She takes on another unsatisfactory, demeaning relationship. And still, still Barton refuses to speak up. Which one is worse? – Outing someone or forcing someone else to suffer the punishment that would have been meted out to you? It’s not a question that the queer-friendly world I live in, likes to acknowledge. This is what I believe now. Outing a person is deplorable, an act of profound betrayal. But throwing someone else under a bus is also an act of profound betrayal. Being gay doesn’t make it okay to betray somebody. I’ve been facing this issue in a different cause (mental illness) and my stand is the same – nothing excuses a person from a basic code of respect and conduct towards other people. Your sexuality, your gender identification, your religion, your disability, your mental illnesses – none of these make it permissible to violate, abuse or harm another human being. This show was the first in recent times that appeared to at least imply this.

The other part that caught my eye was a scene with Virginia and a new male character. She rolls her eyes and says, “There it comes, the legendary XYZ charm”. It’s quite unlike her, the girl who seems oblivious to the unfairness meted out to her gender. She apologises shortly after, when said man helps her. But we also watch her crumble, bit by bit. She’s constantly being proven right and she’s constantly being attacked for it. I could so relate. All in all, for me Masters of Sex has been exactly like sex itself – so many insights, so much reflection but I’m not sure it has been worth all that.

One thought on “Masters Of Sex: Wake Me Up When You Realise Sex Isn’t About The Man”