Skip to content
Being Woman Gender Archetype Laws of Attraction Men, men, men On a lighter note.. The Dating Game 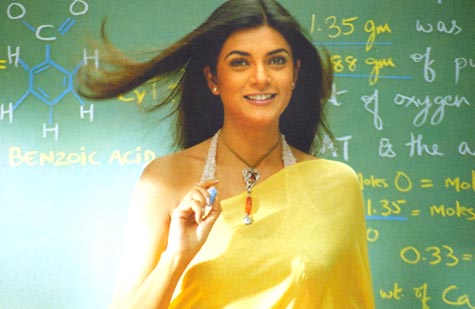 And now that we know them by the cities they live in, the professions they pursue, the interests they devote their time to and the languages they speak, what’s left? The women they love of course! Here’s a look at what you can tell about a man by his favorite Bollywood pin-up.

Sushmita Sen: Isn’t it really obvious that is this a man who likes strong personality in his woman? I’m inclined to think that he’ll also be a shy sort, the still-waters-run-deep kind but also a tad laid back. He has no qualms in letting the woman run the show and what a good job she does of it, too!

Rani Mukherjee: She played a prostitute in a number of movies and yet she retains the image of a ‘good girl’. She was also the glam-ma’am who settled down to matrimony, motherhood and err..mortis. I’m hardly surprised that she’s one of India’s top actresses since she personifies the most common Indian male fantasy – the Barbie/Behenji. If the Munch girl is on his walls, you can be sure that Mr.Munchkin ain’t going to like your mini-skirts post marriage, even if he chases you only when you wear them!

Aishwarya Rai: I’m no fan of this green-eyed diva. But she sure is popular with the boys. This one appeals to the kind of man who wants a trophy partner, the kind that will be delighted to turn cartwheels for his marble princess but freezes when he realizes that she breathes, feels, talks and – horror of horrors – thinks too! Freeze in place and don’t even adjust your mascara till he’s out of the room, ladies. This man doesn’t believe that a real woman should perspire, shed hair or do anything that a marble statue wouldn’t.

Mallika Sherawat: Now I bet you won’t find too many men who admit to liking her. For that matter how many men actually admit to watching porn? You know I think the lady does have quite a nice face but well, who ever looks at her face? Watch for the dude whose eyes are permanently fixed a few inches beneath your chin. That’s not shyness, that’s a Sherawat fan. Quite likely he’s comparing you with her…down to the last millimeter. On the other hand, if he openly admits to liking her, he might be the ‘I do it differently’ sort. Fun boyfriend to have if you run with rebels. For all that though, a man’s basic instincts don’t change.

Kareena Kapoor: Now I don’t actually know a single man who professes an admiration for the Kapoor babe (except Saif and he doesn’t count since he doesn’t know me). And yet as reigning queen in Bollywood, she must have her share of hearts. I imagine she’s the kind that a lot of men fantasize about but won’t talk about it since they don’t think that she’ll ever ‘ghass-dalofy‘ them and what man would admit to that? The average Joe (or Janardhan, Jaani etc) who sniggers at the mention that he could have an eye on the firebrand is probably mixing some nervous laughter into that as well.

Bipasha Basu: This is one surprising one. A dusky woman who rules the roost in a country obsessed with fair skin. Raw sex appeal meets ubercool. But ooh, I’m nearly drooling. Hmm, what can I say about the man that likes her? They all do! If he doesn’t, assume he’s gay!