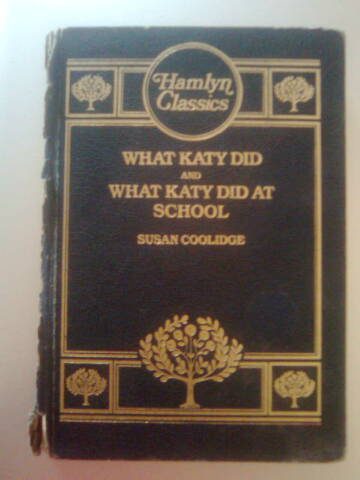 My school had an interesting way of encouraging children to read. An annual Book Fair was held every year in a couple of the classrooms. After school-hours, parents coming to pick up their kids could buy those books. It was a much anticipated event for me and I’d go and look over the books during my lunch break and go back tell my mother about what was on offer. A few days later, I might be surprised with one of the books I mentioned or perhaps she’d come and look at the books with me and then decide to buy something. Those are my earliest memories of browsing.

In the later years, as the school board got marketing-savvy, they’d also visit each classroom and display a few choice books and talk about them – a promotion of sorts. By the time I got to secondary school, I had discovered the vast library my school owned and was a regular there, matronly (scary) librarian notwithstanding. But the Book Fair was still a special event.

At the end of the year, would be the annual day when various dances, songs and recitals were put up for the benefit of the parents. And at the end was the long-drawn out prize distribution where children were rewarded for good academic performance, winning scholarships but also sports victories as well as cultural activities. I had the pleasure of walking up the dais a few times in my twelve-year long school career, for a few scattered academic wins and once for a music prize.

The annual day of my third standard yielded the first prize in the singing competition for my rendition of ‘My Favorite Things’. It was my first time on that dais. As I nervously shook hands with the school Father, he smiled and handed me the certificate. Attached under it, was a gift-voucher redeemable at the next Book Fair. I would learn the next year, when I walked that dais again to get an academic certificate, that all the prizes included a Book Fair voucher.

When the Fair came along, mum and I walked down the stacks of books on desks and as we came up to the teacher’s desk, I put down a heavy bound book and my mother handed over the voucher. I couldn’t believe my luck. I was the proud owner of the kind of book I had only seen in pictures. It had a solid navy-blue leather bound cover on which was embossed in gold letters,

The text was bordered by gold lines and edged with pictures of trees. I thought it was beautiful. The spine had the title and author’s name in smaller typeface, crowned with the same tree motif. I fell in love with the book instantly.

It actually was over a year before I got down to actually reading it. I was too scared to breathe on it till then but the fine-stroked pictures in it won me over and I dove right into the story. The adventures of a motherless, lively 12-year-old girl, eldest of six siblings kept me amused for many long hours.

Katy was only one of the many books that I had the privilege of growing up with, as my parents kept me well-supplied with good books. Owing to Mumbai’s space constraints however, my father was also equally strict that some books should be disposed off every year to make place for the new ones. I dreaded the annual book-clearing as much as I looked forward to the Book Fair.

The books that I had outgrown were removed and given to the raddiwalla. I was required to do the sorting myself, after which one of my parents would inspect my shelf and tell me that I needed to get rid of more, else I’d never have place to stock anymore. There were many accusations and tearful confrontations and books were handed over with a heavy-heart.

Katy resisted the clearing attempts of a number of years, my parents also yielding probably due to its beautiful binding (they are book-lovers too, after all). When it finally made it to the pile, I sneaked out of bed in the night and retrieved it – two years in a row.

Finally, the summer that I was twelve, the same age that Katy was at the start of the book, I finally sighed and gave up the fight. Katy went out of the door that day with a pile of books that were deemed too young for a soon-teenager. I didn’t sleep too well that night and was restless all of the next day.

Two days later, I couldn’t stand it anymore and went down to the raddiwalla’s shop in a frantic bid to buy back Katy. To my utter dismay, it had been sold already while the rest of my collection still lay in the same neat stack in one corner of the shop. If I had a best friend or a blog in those days, I would have ranted and raved all day.

I think Katy was special to me for a lot of reasons. There was of course, the fact that in a way, it was the first book that I really earned for myself. Then there was its beautiful hardbound leather cover, its striking pictures and each chapter beginning with old English lettering. And finally there was Katy herself. The book was about a girl, with a very different world around her, than mine. But inside, she felt so much like me, with her grand intentions that often came to nothing, her bright ideas distracted by momentary mischief and silliness and the mistakes she made. Yes, Katy was special.

I would come to realize just how special only in the years to come as I faced some of my own personal challenges, had my own little victories. I did read the sequel called ‘What Katy did next’ borrowed from the school library. But it was a paperback with a coloured cover and didn’t impact me all that much.

There must have been some kind of divine connection or perhaps my longing for my beloved book was so strong that – would you believe it – I got it back!! After I finished school, I took to haunting the raddiwala’s shop often. I had always known that his shop was a treasure-trove of books but till then I had been dependent on my mother to pick out good books and pay for them. As my pocket-money and my geographical boundaries increased, so did my browsing.

And one wonderful, brilliant, lovely day, I found my beloved Katy sitting atop a pile of magazines. It was inconceivable that the book should come back and be spotted by me but it did happen. I opened the leather cover lovingly, after all those years and sure enough, on the page leaf was my name and the date of purchase, albeit crossed out by a strange hand. On the facing page was the rubber stamp of a bookshop in another part of the city. My Katy had gone on an adventure and come home to me.

I just finished reading it again last week and as always, it kept me engrossed. This precious navy blue leather-bound volume will stay one of my treasured possessions and will be passed on to my children or bequeathed in my will to someone I love.

This post won the ‘My Oldest Book, its Memories‘ contest on BlogAdda. And the prizes were these.