Careerwoman or Wife: Why should a woman have to choose? 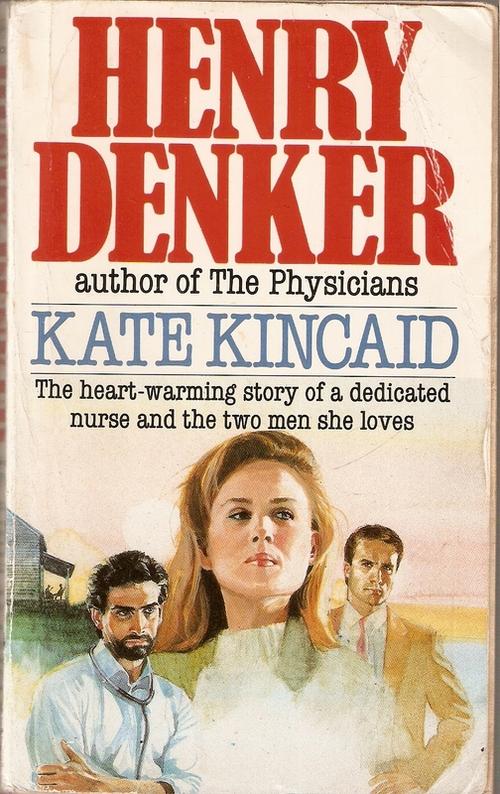 Two things happened last night. The Best Friend and I talked. And in bed with a bad headcold, I reached for one of my comfort reads – Henry Denker’s Kate Kincaid. I’ve had this book for over a decade now and I enjoy it when I pick it up again, every few years.

The story of a headstrong nurse standing up for her beliefs and learning a new way to be strong never fails to entertain. But with this time’s reading, it raised a few other thoughts too. This story is as much a blow for feminism as it is about the nursing profession claiming back its dignity.

Kate Kincaid is 27, pretty and in a meaningful relationship with Howard Brewster, an upcoming lawyer. She is also a good nurse, driven by the desire to heal and ambitious to succeed. Her most fundamental conflict is being both these things.

The story begans with Kate butting heads with a doctor, who on previous occasion has propositioned her and then treated her with hostility after she turns him down. The book never makes a mention of it but this is a clear case of sexual harassment. And anyone who wants to point out that the story is set in 1985, I want to say that things aren’t any different in 2012. No, not even in that there are ways for a woman to complain, because realistically there aren’t. In the story (as would be the case even today) Kate is penalized for daring to raise a finger against her offending colleague. True, the case on hand is a professional matter but the verdict as well as everyone’s assumption has to do with, “Why does this pretty girl have to open her mouth and create problems for herself?” Tell me that’s not sexist.

Later in the story, Kate’s struggles with chauvinism continue with her being forced to choose between her career and relationship. Just before she leaves to take up a course offered by a remote, mountain hospital, a well-meaning friend tells her that she can’t expect her fiance to give up his career and follow her. This, in a story which is largely about the said fiance wanting her to give up a fulfilling and successful career to follow him around.

I’m afraid the times have not changed in the least. Very, very realistically, how many men do you know who have changed their careers or put their dreams even on hold (if not permanantly) for the sake of their women? I don’t know a single one. How many women do you know who’ve done the same? My answer is, almost every single married woman I know.

Many, many years ago, I was in a relationship with a boy (that’s what he was) from Delhi. I told him I never wanted to live there, that what I wanted was all here in Mumbai. He frowned and said, “Well someone is going to have to make a sacrifice.”, his expression making it very clear that he was not going to be that someone.

A few years later, I met a guy from Chennai on a set-up (yes, I’ve been there too). In all the hours that we talked, his only question to me was,

“How do you feel about relocating?”

Another potentially fulfiling relationship ended because the guy was offered a prestigious assignment in Hong Kong and at that point, I wanted to stay in India.

And finally, last year I considered going back to work. But I made the decision not to, for a number of reasons. One of them (admittedly only one reason but a big one nevertheless) was that I was planning to get married and my then-fiance was still exploring his professional options. I figured it would be easier for us if at least one of us was flexible on location. Writing was fulfiling but it didn’t earn much; at least it was something I could do anywhere. When things turned ugly a few months ago, I think one of the cruelest, lowest blows that he delivered was a taunt that I was wishy-washy about my career. This is the man that I put my career on hold for over a year, for – I regret doing that especially when I always knew that he’d never do anything for that sort for me.

Pre-emptively, let me add something. One of the most common retorts I receive when I raise this issue is that there are lots of women around who’ve managed to balance career and home. But the fact is, not really. I know some of those women, closely. I know the sheer heart-wrenching agony they go through each time they have to leave home for a meeting and their little one begs them not to. I also understand the pain they feel in having to give up something in their career because it would mean they can be better wives & mothers. Nobody acknowledges these very real daily battles they fight with themselves, least of all the men for whom they do this all.

At this juncture, I wonder why I should even consider making the slightest compromise in my career, for a man. After all, my career has always been rewarding. I’ve had my achievements and I only forsee more. The returns have been great too – much confidence, accolades and money. On the other hand, all that has happened only tells me that a man will expect me to give it all up without question, as it were his birthright and not a very big gift from me. At the same time, he’d never consider doing the same for me. And given the track record, he’ll feel no qualms in ending it all, regardless of my sacrifices. Who loses?

The Best Friend said this yesterday which made me proud but also a little sad. She said,

“You are an achiever. It’s very clear that you’re doing well. Most men can’t handle that.”

My identity comes from my sense of achievement, my sometimes uncompromising attitudes and the acknowledgements I receive for work well done. But it does make me sad that I can either have this or a relationship. The general attitudes of even well-meaning people suggests that I should be too strong to let that matter. But it does. The ex distanced himself from any situation of having to stand up for me by telling me that I was a strong woman and should not need this.

Really? If strength means you don’t need compassion and understanding, why do even the most well-accomplished people have friends? If achievement automatically precludes you from human warmth & consideration, why do successful men get married, and to women who support them well? And why should I expect any less simply because I’m a woman?

I get retorts to this all the time, but let me tell you, no real answers. Not one.

Here’s my review of the book:

Kate Kincaid by Henry Denker
My rating: 4 of 5 stars

This is a story of an ambitious nurse who resents the social hierarchy imposed on her profession. After a falling out with her hospital, which is both personal & professional, she decides to attend an offbeat but worthy education program offered by a remote mountain hospital. The book tells of her experiences in that year and the rustic people she meets and how they shape her.

True to Denker’s style, the story moves quickly and doesn’t make your attention snag on the somewhat mediocre writing. What really interested me what that this story is as much about a strong woman’s fight for her own identity as it about a nurse standing up for her profession. Kate Kincaid is ambitious, even cold sometimes, condescending, judgemental and egoistic. But her fight is also about these traits being punished on account of her gender, instead of lauded as professional achievements, as they would be in a man.

While the word is never used, this is a feminist of the 80s. Her story is one that many of us can relate to, even today. The choice between the ‘easy’ life of being Mrs.Somebody and taking a risk of creating an identity for oneself – that hasn’t gotten easier even 15 years later.

2 thoughts on “Careerwoman or Wife: Why should a woman have to choose?”