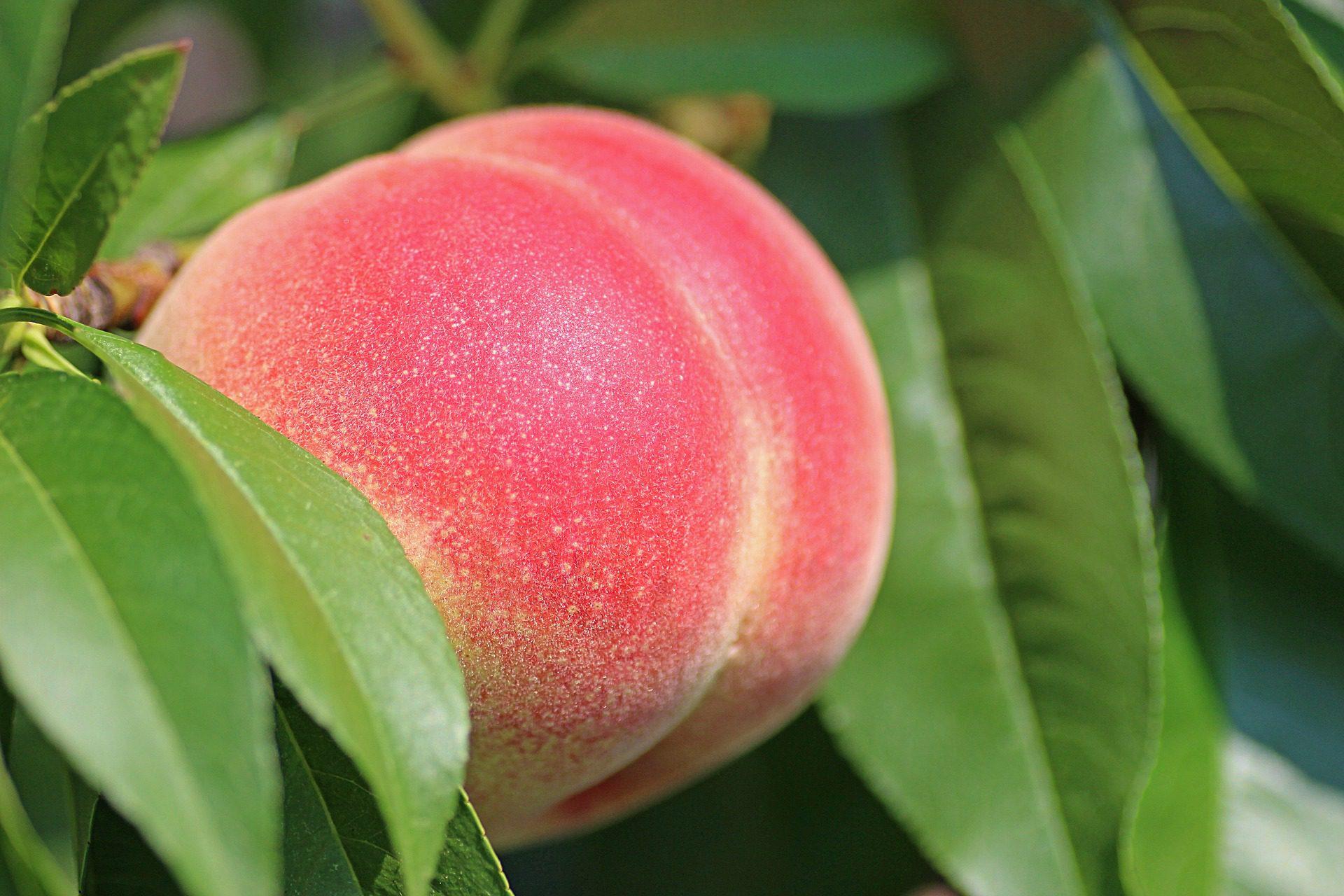 My Clubhouse room prompt for this week via fellow host Tareque Laskar was SPELLBOUND. For this I cheated (slightly) and blended two of my old posts together. It was an interesting exercise, personally than for my writing since one of the posts was written 15 years ago. I remember feeling that much, that purity of emotion before it was overlaid by gender norms, labels & fears of punishment. That feeling cannot be replicated because it was also about the wonder of age, my age at the time. The other post, more recent was written more cerebrally for a particular platform. Read on.

A PEACH FOR BREAKFAST

Maybe it is the way they say your name. The number of times they blink. The angle they crook their head at, in thought? The pause between their words and breaths when you feel they are really looking at you, knowing you. It’s magical. It can also be scary. Especially if they are the wrong age or wrong gender or wrong relationship status or wrong geography or wrong body type or anything other than what you think someone who can cast a spell on you, should be like.

Sometimes we’re on the same train. My morning commute schedule changes daily. Maybe so does hers. Is she a student? A working woman? There are only two kinds of people in the ladies’ compartment in the mornings.

She dresses like a teenager would, if she had the evolved colour sense of someone a decade older. Her body language holds the confidence of the late twenties. But her head is thrown back like a young child. A mix of pride – “Look how pretty me!” and awe – “What a wonderful world!”. But her eyes stay lifeless. Maybe she’s just sleepy. Yet, her eyes are never ringed with dark circles. I cannot reconcile the fresh vigour of her body with the sleek indifference I have only known of age.

I see her, oh about two or three times a week. Often enough to recognise her from the lakhs that throng the city trains. Not often enough for there to be the easy camaraderie of daily commuters saving each other a seat. Our paths intersect & briefly join for the length of a train ride with coincidence playing matchmaker. And each time, she holds my attention.

I wonder why I’m staring at another woman. A friend once asked me what I’d like if I were queer. I thought hard and began “Sharp cheekbones, short hair, pixie smile..” He interrupted me with “Bullshit. You’re just describing yourself.” That had never occurred to me. I guess I was just pulling up the memory of the last naked person I had seen – myself in the mirror. How do you start thinking about what you like before patterns & life occurrences foist that onto you? I guess you don’t think. It just hits you one day and you say, Oh that’s what that is supposed to be like.

What does a good actor or a talented artist or a brilliant writer or a magical singer do? They make us feel seen, heard, recognised & voiced. They make us experience things we have no clear names for. There are boundaries of time & space between creators and the audience. What do we do when the person sitting next to us, or a friend, or a stranger makes us feel that way? We’re quick to assign wrongness to this discomfort we feel about someone holding us spellbound, because it makes us feel vulnerable.

Is she that beautiful? No. Striking would probably describe her better. She’s quite tall; taller than me which may be why I first noticed her. But no, the first time I saw her, she was sitting, perched on the fourth seat of a three-seater, eyes downcast, sharp bangs falling into her forehead, which she flicked back with a disconcerted toss. It’s not beauty that draws me to her.

She reminds me of a fresh peach. Clean, ripe, full. A peach is a delight for all the senses – sight, smell, touch. The downy hair on her arms tells me to pick one of two identities. Either she’s young enough to be uninitiated into the horrors of waxing forearms. Or so cool, that she doesn’t give a damn. I don’t sense in her the fire for the second. Yet, she doesn’t look all that young. Either way, it suits her. It makes her look less waxen & gives her body the kind of vitality I don’t see in her eyes. The eyelashes flutter as the compartment jerks to a stop.

Her lips might have been full if her mouth hadn’t been. Oh how funny that sounds! What I mean is she even has the look of a fresh peach, that look as though it will burst out of its skin any minute if you don’t take a bite. If I were to, would life spark in those eyes?

She has a strong body that might have been called androgynous if she didn’t have those curves. It adds to her mystique. She has an hourglass body, perfectly rounded but she carries it like a man would. Not weighed down by its fleshy curves like some women are but tight & firm like muscled men do.

Sometimes I wonder what she sounds like, what she does all day, what her life must be like. But I’m just wed to the idea of seeing people are humans and not bodies. That feeling doesn’t stretch very far with her though. She is temptation from who I like to think I am. I am even glad I get off the train at an earlier station than she does. That way I don’t have to speculate on what her life looks like outside the train compartment. A perfect peach shouldn’t turn into a human being with messy feelings and imperfect actions.

Traces of her spell linger after I get down from the train. I shake off the thoughts of her as I prepare to cross the road, make mental lists to face the boardroom monsters. Briefly, I have a flash of her skin so close to mine, I can taste the fine hair, smell the slight tang. I bring my eyelids down firmly & take a deep breath. And open to face the real world again with that slight burn in back of my mouth.

Consider this. This spell-casting is the magic of being human. It’s the witchcraft of intimacy, the delicate mystery that draws people to each other, the moody dance that keeps them in tandem. Each one of us is practicing this magic, in our unique ways. Some of us are holding a world spellbound with our words. Some are changing lives with a single kind glance that happened to appear when it was needed the most. Some of us show up ravishing, dream-come-true to people in need of starlit hope. Some of us breathe in gentle sighs that spell rescue for those in hell’s own fires. Some of us are creating hell for people because dark magic is also a form of magic. We cast spells by being us and most potently by not doing so consciously. We make others fall in lust, in like, in love, in passion, in rage, in despair with us, with themselves, with the world. We do this, as we get zapped by other people’s spells. We navigate the magic we feel of each other’s existence. This is the fabric of the human experience. We must all be spell-casters.

I have contemplated riding the train longer to see where she alights. I could take that flight of fancy further. Maybe I’d get down at the same station the next time I saw her. I’d have to be prepared to abandon my day’s schedule at the last minute though since I have no way of knowing when she’ll be on my train next.

Then what? Follow her up the stairs, notice she waddles? Notice her shoulders shrink ever so slightly as men throng back into our spaces outside the womb of the ladies’ compartment? See the strength of her body shrivel? Learn the mundanity of her life as she walks into a soul-killing office? Watch her turn into just another woman in a Mumbai train? Watch me become a person with one more unfulfilled desire to carry, one more defeat to decimate me?

No, I don’t want to break her spell. There’s a touch of whimsy, a dash of spice in this mouthful of mystique I get some mornings in my mundane everyday life. When she enters my compartment, it becomes a magical place where I’m not me and fears don’t exist. It’s just her and me. A peach for breakfast before another day. It’s nice to be spellbound.