A Bit Of Boring 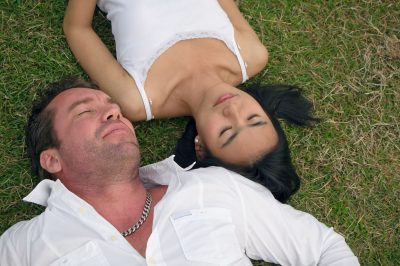 So the boy and I took our first trip together. This weekend (and a bit before that) was a fest of beaches & booze at Goa. Yes, cliched, I know. But we’re a Mumbai couple and what’s more, he’d never been to Goa before that. It was sunny, sandy, touristy and very, very relaxing. What else is there to say about Goa?

I had regaled him with stories of my past trips, both the memories as well as the unshakeable notions of it being a touristy, firang-pandering boozehole. After all, this was my fourth visit and what’s more, I have to say something intelligent (or what sounds like it). Maybe because I was playing tour guide or perhaps because I am an unabashed ogler, I attempted to point out the visual delights of Goa to him. Day one opened on the beach and I gleefully pointed out a couple of women with a confident,

“She’s going to take off her top.”

He looked around disinterestedly then waved to the shack boy for a cold beer. As we walked back to the road later, I pointed out others walking past. My, what fine legs (and butts and stomachs) some women have! His reactions were no different but I didn’t really bother. Mr.Everyday thinks indifference is an emotion and condescension is a virtue. It’s maddening, especially to a high strung person like me but that’s that.

After all that lazing on the beach, we lazed a bit more by the pool. We talked about trying out the water sports and of climbing the fort. But of course, we did none of it. Much beer was consumed. Plenty of waves were splashed. Some pool water was beaten into a flurry. And some television was watched too. The most of our exertions were the half an hour walk along a shaded road to the restaurants (and that too because we dawdled).

On day two (or was it the same day), he looked up over his beer and said,

“You know, I’ve realized that I don’t really enjoy looking at women that much, any more.”

Way to go, lover boy. That’s hell of a thing to tell a woman who has just accepted your proposal. Oblivious to the Concorde express of thoughts in my mind, he continued,

“Like, you know those girls you were talking about at the market. Or that woman on the beach. It’s like, haan, okay, whatever. I mean, I don’t know anything about her. She’s nobody to me. Why should I bother thinking about her?”

And with that mysterious (if not characteristically condescending) note, he settled back to finish his beer, apparently satisfied at having completed his quota of intelligent conversation. But my face must have prompted more because he added,

Of course, I gushed and grinned and said,

“I could do with a bit of this boring!”

I really have had had my fill of pretty promises by Princes Charming who turn out to be nothing more than wine & tequila (see this post for explanation). I’ve moved on to rum, in my glass and in my man.

But he had to go and ruin it by reminding me that,

Sigh. Bit of boring he did say.

Last week, Rehab sent me this write-up titled ‘Marry Him‘, wanting to know what I thought. I surprised myself by agreeing with a few of the things mentioned in the article. There’s tremendous truth in what the writer says about marriage being a team partnership and not a ‘cosmic connection’ thing.

The boy and I have polar opposite personalities, virtually no shared interests, and practically no common ground. Most of our time is spent talking (arguing) about food, work, money & other such mundane stuff. When I think back to my single days, those times always seem more fun, more inspiring, intelligent & generally more attractive than our current lives. But you know something? We are still together. Yes, there is love. But more than that, there is stability, there is someone to talk to, someone to whine to, someone to tell each of us things will be okay, someone to acknowledge our efforts when stuff we do goes unnoticed. The opposite of all of that is loneliness. I don’t know that these are necessarily frivolous or unimportant things to base a relationship on.

I’ve always had a thing for drama and wild, flourishing gestures. I imagined that my life would be incomplete without these. It’s not that I don’t miss these occasionally. But most of the time, I just feel relieved that I don’t have to live through that. Everyday life is not and shouldn’t be a blockbuster film. It’s exhausting going through that even for a few hours and I sure as well don’t see myself spending the rest of my years that way.

I guess a bit of boring is okay.

4 thoughts on “A Bit Of Boring”