Skip to content
Featured I'm An Indian Woman Relationships The Dating Game Times, they are a-changing 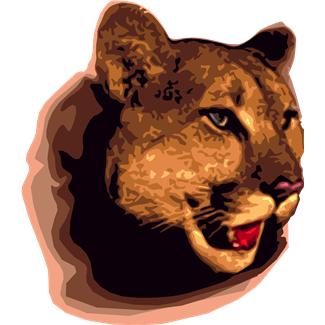 This is something the boy called me on my second date and laughed when I frowned. Awhile ago, it popped up again in a conversation and sparked off a wave of laughter. I glared. He grinned and said,

“But the cougar is a beautiful animal!”

No, the man just did not get it.

Here are some of the descriptions I found of the word, on Urban Dictionary:

“A 35+ year old female who is on the “hunt” for a much younger, energetic, willing-to-do-anything male. The cougar can frequently be seen in a padded bra, cleavage exposed, propped up against a swanky bar waiting, watching, calculating; gearing up to sink her claws into an innocent young and strapping buck who happens to cross her path.”

“An older woman who is past her prime & who is attracted to younger men, often as an act of desperation or as a last resort.”

“A Cougar is a female, usually between thirty and fifty years-old, who enjoys the sexual company of younger men. Cougars are only usually interested in men under the age of twenty-five. Also, Cougars are non-committal, choosing to move from mate to mate without ever settling down. It is not uncommon for the same Cougar to attack (sleep with) many different men in the same group of friends.”

I struggle with labels and for one single reason – because they rarely evolve as human descriptions should and often stay limited to the associations that they started with. This is also why I’ve never liked most popular descriptions of men for women, notably one that reminds me of a fluffy, yellow-feathered bird.

There is an almost tangible movement in popular culture today, pushing the idea of an independent woman acquiring male attention from the always most attractive age group – the 20s. That prototype has existed for years (think Hugh Hefner surrounded by nubile bunny-eared beauties). This is no more than a female version of the same archetype and it’s not pushing sex or freedom, it’s about power.

As a recipient of all the benefits of women’s liberation and empowerment, I enjoy financial independence, the virtue of fabulousness, the heady high of choices and control over my own body. My only problem with this, is that it’s cold when it gets into the realm of relationships. I don’t like the idea of treating human beings, male or female as acquisitions or status symbols.

Whether men have been doing it for decades or not doesn’t change things. I can’t see how a relationship that is about exchanging power for money/fame can have anything to do with love, trust or any of those things that make a relationship great.

To come back, that’s why the description of cougar stings. If the original thought be true, it shouldn’t matter what
gender a person is, for them to be appealing to a large number of the opposite sex (younger or otherwise). It’s not an age no-bar situation. Age and experience have after all molded one into a person of confidence, ease, polish and independence. Attraction is flattering when it happens because I’m me, not because I fit the current fashionable norm of appealing. So yes, ask me my age by all means. But don’t call me a cougar.