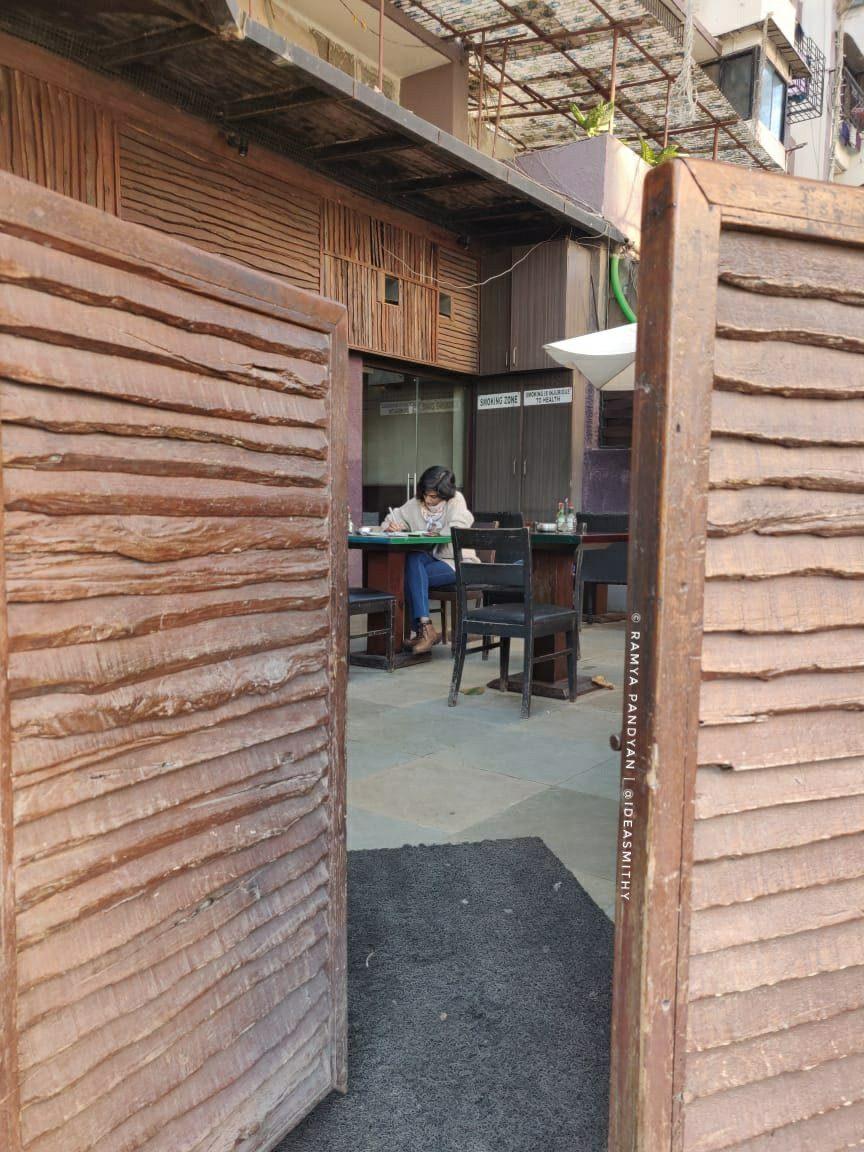 I rewatched EASY, the Mark Maron storyline of an ageing graphic novelist. Of course it tapped right into my fears of growing old & irrelevant, of regrets over the choices I’ve made that have turned out wrong. It’s also making me think about one of the projects I started (again) under lockdown.

Many, many years ago (and I feel able to say that since it is more than a decade ago and that’s basically three generations in digitalia), I was an anonymous blogger. I didn’t know it at the time but I was pioneering a movement, the way TikTokers are doing today. I was pushing the boundaries of what it means to mine one’s own life for the public, for art. It didn’t feel like any of that because I was protected by anonymity, a single word called IdeaSmith.

But maybe some part of me sensed it because the things that were too vulnerable even for IdeaSmith to say, I said through another name on another even more secretive blog. As a twenty-something Indian woman at the time, I was under A LOT of pressure to get married, after a whole life of being restrained from interactions with the opposite sex. I had burning questions like what does love mean, how do you judge whether someone is right for you, how do you do this in one meeting with twenty-five other people watching your every move and a whole world ready to decimate you for a wrong choice? I was navigating this world through sexual violations, through male entitlement and slut-shaming and the glass ceiling without knowing any of these terms. Well, maybe the last one a bit but not the others. That formed the meat of this super secret blog – my early meetings with prospective grooms and later, my own experiments with men I met in other ways. The word ‘dating’ wasn’t in the middle class Indian lexicon but I (and I guess we) were learning how to find answers to those questions.

I wrote about attractions, I chronicled matrimonial site meetings, I made jokes about the ineptitude of my male peers to have a conversation, I despaired in blogposts of ever finding an equal partnership. Always using elaborate nicknames and descriptions stripped of identity. Some of these themes inadvertently bled into XX Factor, one of my ‘public’ blogs as IdeaSmith in the form of general rants & humour and gained a lot of favour.

Once, sorely tempted, I made the secret blog public and linked it to the blogroll of this one, The Idea-smithy. Some of you may not remember but before there was Facebook, Twitter or even feed-readers, the only way to get to a blog was by typing in the URL in the address bar every damn time. Blogs frequently helped each other out by listing a blogroll in their sidebar, linking to blogs they liked or wanted to promote. I didn’t mention that this link was also one of mine but hid it somewhere between other friend-bloggers links.

Eight hours later, I panicked when I saw the Reader stats of my secret blog and made it private again, taking it off the blogroll. Almost immediately, I received a mail from one of my reader/blogger friends asking where that blog had vanished, who wrote that blog, where I’d found it, etc. More panic. Because I had written about this person too. I squirmed my way out of that conversation. Years later, I had a chance to tell him that I had been the author of that secret blog too. To my mortification he said,

A few years later, I got into a serious relationship. I never told him about this blog. I wasn’t ashamed of it. It’s just I’d been burnt so badly in the past by boyfriends punishing me for having a past. And this one demanded honesty (though he didn’t extend me the same courtesy) but also cut me off from all things that made me, me – family, friends, interests and yes, the past. That relationship took my idea of hell to a whole different level and it was many years before I thought about the blog.

I had used parts of the blog to form a sub-plot of the first book I wrote. When I finally pitched it to publisher, one expressed interest, suggesting that I make it a whole book based only on the blogger character. A few months later, a new blog surfaced chronicling the dating life of one woman and promising a book at the end of it. Maybe not a coincidence that its writer was the same publisher who’d shown an interest in this format of my book. I didn’t own the idea of the format and anyway, my love life in the 2000s in Mumbai would be different from that of a Delhi girl in the 2010s.

I dug up this blog again for an Alphabet Sambar event on digital narratives. Each time I look at it, it gives me the little thrill of pleasure that nostalgia does. But this time when I read the whole thing, I found myself assessing it as a content professional. I thought about what this means in the larger scheme of things like how Indian social systems have developed, our attitudes to each other, our generational learning curve.

For the first time in this blog’s entire existence, I invited someone to read it. Actually I invited several different people and only one actually went through with it. It’s a mean little reminder of a writer’s life where nobody actually sees it as real work or worth respecting how much it matters to you, until there are numbers (viewers, readers, sales). Watching the Mark Maron episode brought up my other fear that once this blog’s contents are made public, many people will come crawling out of the woodwork – the specimens I’ve written about but also others who’ve been in my life all these years and like seeing me in a certain way and will express their BIG disappointment that there’s more. They’ll be upset they don’t appear here. They’ll be upset they do appear and how. They’ll be upset that someone else appears here. They’ll be upset that this chronicle exists. C’est la vie.

The first thing my friend said after she started reading was,