The answer to “What happened?” and other such unanswerable questions 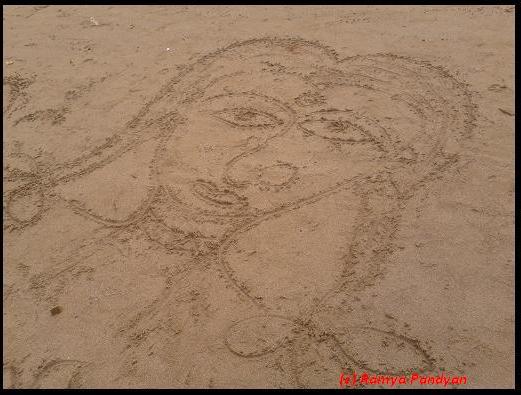 It struck me last night, when I was sitting on the floor of a slight friend’s house, talking to another friend when she asked me,

Then she looked at me straight in the eye and pointed to her own heart. I stared back, a fraction longer than my pat-reply habit usually lets me and I knew it was true as soon as I said it.

“I’m okay that it happened. I’m not yet okay with how but I’m actually glad it happened. I haven’t forgiven him but I’ve moved on.”

She nodded, understanding. And we both looked out of the window and began talking to other people, and of other things. But she stayed seated next to me till I was ready to go.

Healing happens when you’re not trying horribly hard, eyes scrunched up and begging it to stop hurting. It starts at that moment when you give up. When you realize you no longer have it in you to pretend that you’re not a mess inside and you don’t care who knows it. That’s when it starts – in that moment that looks like defeat until you’re right at it and then it feels like something quite else. Healing.

I’ve read the phrase ‘Honour your pain’ many times and never understood it. How do you honour something you don’t like, something you fear, something that you do your best to avoid? It hit me with that earlier realization. Just letting yourself think about it, not running away, not covering it up with pretense but allowing it to collapse messily all around you and rain holy hellfire on your world…that’s honouring your pain.

I whined like crazy – to almost-friends and casual acquaintances, some of whom were mercifully unkind enough to tell me to get over it. I fumed and took it out on closer people whose kindness annoyed me with its overt sense of ‘I’m doing you a favour’. And finally I just got bored and decided to look for something else-a new life.

This week has been a telling one. A complete stranger asked me

I hadn’t yet figured out how I wanted to answer that one so I just told him I’d ended a relationship awhile ago, an engagement that broke. Pat came his response,

“That’s okay. Be happy it happened now and not later, after marriage.”

And then we moved on to speaking about other more comfortable things.

A couple of days later, I met an old acquaintance I hadn’t seen since I began the relationship. He asked me,

“What’s been happening with you?“

I told him about four years in a single line.

“Moved out. Wrote a book. Got engaged. Broke up. Started a new job.”

Bewildered, he followed me asking for detail, wanting to know how, why, when it happened. But mostly, I guessed he was just befuddled and mildly concerned at how okay I seemed with all of it.

I realized then, what the Landmark Forum calls a story. It’s not about stopping the creation of them. We all do it. There’s that which happens; it just does. And there’s all the meanings, all the interpretations and mind-routes we assign to it. We build stories around it and we tell it to each other and to ourselves.

I am a storyteller, a good one. Just as with the other stories I tell, I just need to start spinning my tale, watch carefully for how my audience receives it and either tie it off or weave a saga of it. It’s who I am. It heals me; it nourishes me; it makes me and curiously, it is what brings me my dignity. Not the stories but the telling of them. I get to pick which stories I tell and usually I do a good job. Where I don’t, there’s always room for rewrites.

Does that make any sense? Tell me, I’m dying to tell you more stories.

One thought on “The answer to “What happened?” and other such unanswerable questions”