Skip to content
Battle of the sexes Being Woman Men, men, men

Does Being A Woman Have To Be A Fight? 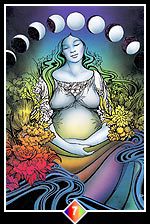 Since the Shakti Mills gangrape incident hit headlines, my sense of self has been shaken up badly. I’m finding that I’m just unable to turn the page and move on with life as usual.

Much of my identity has to do with being ‘tough woman’, one that can take care of herself and doesn’t need a man. In addition to being innately mistrustful and reluctant to yield power to men, I’ve also been derisive of women who have male support integrally built into their sense of being. This is all related.

I’ve declared, for instance, that no man shall ever be permitted to tell me how to dress. This of course, comes from an abusive ex- who controlled my every movement and moment, down to the colour and fit of my trousers and shape of my handbag. Two men since then, have dared voice a derisive opinion of my dress sense and both of them were silenced in a war soldier-like attack.

I’ve flaunted my independence boldly and brashly in the faces of male classmates and colleagues, not feeling the need to be nice to them in case I might need to get dropped or ‘protected’ some day. And I’ve thrown daggers, poison darts and every conceivable weapon possible, in the form of my words and behaviour towards men in general.

This incident, happening in the middle of the evening, in my city has shaken the very core of my arrogance. It makes me realize just how unsafe, how vulnerable I am. It makes me think, even my pride, my arrogance were all based on a false perception of a safe city. And it makes me nearly seize up in horror at the thought that this could have happened anytime to me or to someone I loved. And like a landslide, it’s pried loose other realizations. I live in a country where women get beheaded by their own fathers for falling in love. I live in a place where women have had acid thrown on their faces, for rejecting an advance. I live in a culture that demands dowry, punishes wives, daughters & daughters-in-law for the inadequacies of men. I may have had so, so many narrow escapes. And possibly, I live in danger and will do so for the rest of my life. Because I’m a woman.

How do I deal with this now? Can I learn to pander to men, so that they will be less hostile and more protective to me? Can I figure out how to bury my ego and be someone that men will want to take care of, rather than cut to size? How do I learn to be that someone, not an independent but a part of the world that includes men in powerful roles?

I was talking to one of my fellow participants in the seminar I’m doing, about this. Today was my first outing since my fracture and he volunteered to drive me there and back, instead of taking the train. He even waited patiently for half an hour at the signal, while I was detained in traffic. On the way, I talked about this. He listened calmly and then he said.

“It’s one incident. Nothing has changed in your world before or after. But your whole notion of reality has changed because of it? What would have happened if you had not read that news article?”

I cannot quite describe why this felt so profound to me. Perhaps it had to do with the compassion, the non-intrusive support he offered without making a big deal of it.

A little later, another person talked about a different experience, his struggle with anger and a valuable lesson from his father in his last days. He talked about being a very hotheaded young man who thought his father’s ‘turn the other cheek’ stance came from weakness, a fear of conflict. But, he concluded,

“Anger really comes from fear. It’s the angry that are weak.”

That struck home. I’ve been angry my whole life. Angry with men for getting that lottery of birth that I didn’t get. Angry with the world for its social systems that subjugate me. So much anger from fear. I’m petrified of being less, of being taken advantage of, of being violated, of life being sucked out of me and being utterly helpless to do anything about it. So I fight. I go at the world every day like a warrior, ready to do battle with anybody who gets in the way. Well, my side just took a hit. A devastating loss. Of power, of dignity, of peace of mind and joy.

Yet, should I drip my blood away on wars that have not yet been waged on me? Even the survivor, that courageous young girl who faced that terrible ordeal, she has been quoted to have said,

“Rape is not the end of life.“

If she can find it in her to be fearless even after this, might I not be able to do so too? And the men in my life, they weren’t the ones attacking her.

What of the men who commit or support the above mentioned crimes to women? I’ve often talked about how it is their fear of women, of female sexuality, of their insecurity in their own manliness that makes them behave that way. Well then. I didn’t even see the fear in myself. And fear is not the way to beat fear.

There has got to be a way to live as a woman at peace, in happiness and joy and comfort. Women for countless generations before mine have managed it and in worse conditions than me.

I don’t live in a safe world, this is true. I also don’t live in a clean place. Or a place with trees and wide open spaces. I’ve found ways to adapt to these and not even miss what isn’t there, without any loss of freedom, joy or power. I manage to be a poet, an artist in the dirty, cynical city of Mumbai, after all. Perhaps I can be a happy woman in a world with men too. Considering it as a possibility is my first step. The journey begins here.

7 thoughts on “Does Being A Woman Have To Be A Fight?”