Skip to content
Battle of the sexes Harassment & abuse Seriously speaking Times, they are a-changing 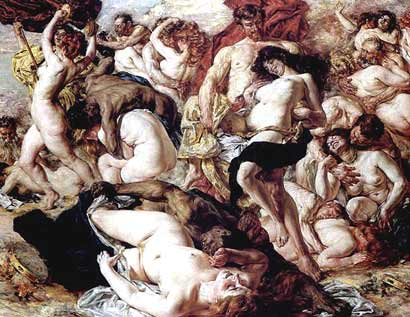 I ushered in the New Year at a hip party in a swank hotel. Multiple dance-floors, buffet dinner and unlimited alcohol. Most of the guests took the last part of that invitation seriously. Real serious. By 11pm, the open-air lawn bar was clean out of vodka, wine and Breezers. A few miserable looking beers lay around.

Cut to the dance floors. Plastic cups and glass bottles lay around in shards and shrapnels while busy, manic feet fueled by the former contents of those victuals kicked them about. Yes, alchohol can make Fred and Ginger Astairs out of anybody.

A LBN-clad PYT (okay, okay that’s fashionasta-ese for “little black number-clad pretty young thing) tottered about on precarious wedge heels and laid a heavy hand on my shoulder to steady herself. Breathy voiced she mouthed…

Go, go, I told her and gave her my place in the line, all the while silently saying…

Anything, just so long as you don’t throw up on me!

And behind me, one hungover head was vomitting into the waste-basket, propped up by the trembly hands of another who’d had her puke-turn already. I have no doubt that the the men’s washroom was an equally sorry sight.

Outside however, I saw a girl being carried out by five people. In corners, heads were slumped, their re-bonded hair strands whipped across their boyfriends’ chests. On the dance floor, I was knocked over and stepped on by the high heels of more than one drunk diva. The last one on the floor at 4a.m. was a wild banshee, long hair all in disarray with stylishly lean arms flailing around madly. I would have been scared to be the one taking her home. Well, no wonder then that there wasn’t a date in sight.

I’ve seen this happen in a few parties earlier. In the cities, as the upper-crust brandishes more and more pocket-money and salary slips, the tastes turn dangerously indulgent as well. Add to that the double-edged sword of chauvinistic hypocrisy that dictates that the girls of the family be achievers and yet well-behaved and the symbols of the ‘pride of the family’. Put such an ’empowered’ female in a setting that gives her the same temptations without the scrutiny of parents, neighbors and other such moral custodians. What happens? She goes all out and gets drunk.

Of course I’m generalizing. None of the women in my group acted that way. Am I being a moral judge? Well…I’m being practical. I think these women are in even more danger than their less restrained counterparts. How can you subject a human being to temptation and expect them to resist it every single time? I’ve seen enough of my male friends in such states of inebriation that they are an embarrassment to everyone else around. And I’ve coped with it, overlooked their foibles and carried on like nothing happened. It happens, after all, doesn’t it? But the same may not be true of a female friend. If I saw a close girlfriend have one too many and start getting clingy with the men around, I’d be alarmed. And do something drastic like throw the bottle away and drag her out willy-nilly from the party. Because if I didn’t, she would be making things really, really difficult for herself.

No one treats a drunk woman the same way they treat a drunk man. With a man, the hangover the next morning is its own punishment. Can we truly say that the same is true for a woman?

And what’s worse, that peculiar breed called the Modern Woman…the one who prides herself on not caring two hoots about what the world thinks…is doing herself a grave disservice in this case. Even if matters naught what strangers think of her inebriatedness, the fact remains that she gives into indulgences more freely now than even her male counterparts might, in a defiant bid to be ‘better’. And intoxication is a dangerous thing when combined with that kind of one-upmanship.

But we shrug our shoulders and try to ignore her tempestous temperament as she lights up another one and downs her now-too-many-eth glass of vodka.

I actually wrote this post on the first day of the year before the Juhu molestation case hit headlines. It’s been in my Drafts section since then, waiting for polishing but I guess what happened says it all. I should probably add that I had a drink too so I’m certainly not saying that women shouldn’t drink. But empowerment may just be an illusion and the Modern Woman may be dreaming…or….worse, too drunk to realise she’s being done in. Do read also what she thinks of this.