Any Earthquakes Out There?

Nov 18, 2015 Anybody out there, Bereavement, Comfort reading, Healing on your own time, Marian Keyes, Post traumatic stress disorder 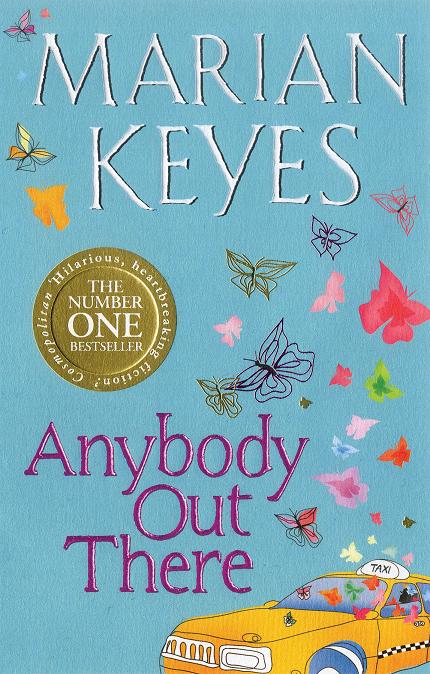 It’s 6:30 and I have an hour to go before I get to start a webinar. It’s one of a series of things I’ve taken on that warned me that November would be a demented, mad, crazy month. Maybe subconsciously I took it on realizing it would be my last chance to let my demented, masochistic side out this year. 2015 has been otherwise so peaceful.

Yes, I know how that sounds, after all my whining and raging. But there have been no earthquakes thus far.

I’m taking a breather break between books — by reading an ‘easy’ one so to speak. This being the last few weeks, I’m making the final dash to putting a dent on my reading list and my books-to-read shelf. But even I deserve the comfort a known earthquake, I guess.

I’m reading Marian Keyes’ ‘Anybody Out There’. And on the first page I’ve inscribed,

It’s Women’s Day. I’ll be 30 this year and my answer to the above is “Not on this planet.”

Now I remember buying this book using the gift voucher that someone had sent me as a Valentine’s Day gift. Someone who never spoke of his interest before and didn’t even tell me about this gift until I arrived and only observed once that it came in on February 14th for a reason. But this is not about him. He was never even a shudder, let alone an earthquake.

It’s hard to know why I find this book comforting. The story is not exactly a happy one and neither is it is highbrow, self-help or inspirational. But it allows me to cry a little bit, to grieve the things inside me that are broken, a little easier. We need those earthquakes.

Have I been proven wrong, per the book’s inscription? I really don’t know. A few months later I met a man who would go on to shake my life so much that its reverberations are still being felt.

Last week in one of those deep, intimate conversations with total strangers that I find myself in at such times in my life, he asked me if I was currently with someone I was in love with. My mind immediately sorted that into two ideas and pulled up the signboard ‘NO’ to both of them. It would be wrong to say that I don’t remember feeling that way. I can remember with precise clarity what I was wearing, what I was thinking and how I was feeling the day I met him. And the earlier him as well. I remember the rush of hormones and blood surges and the creak of my bones, innards, organs towards each of them. I remember it like I’m holding a glossy picture in my hands. What I don’t remember is what that feels like from within, right now. I have no sympathetic feeling to those incidents, those moments. They don’t recall the same feelings inside me.

And I wonder if I will ever feel that way about anybody ever again. I know, I know, it’s the kind of thing people like me always say after they’ve been heartbroken and then they go on and get over it. Each time I’ve been in a relationship, especially in the horrific last dregs, I’ve wondered how I could be so careless, so flighty, so blase about the peacefulness of singledom. Every single time, I remember that with alacrity the way a person trapped in a desert probably remembers drinking water and spilling some on their shirt and laughing it off.

This time round, I’m recalling the brutality of people frequently. Each time a ‘new prospect’ rears its head, this thirsty desert swings into view. Do you feel earthquakes in a desert? I imagine it’s hard to tell with the sand blowing over you in every direction. And after sometime, it’s easy to lie down and let the sand take you. And the sand starts to feel like home. Maybe the age for earthquakes has passed.

People around me keep telling me ‘to get over it’, to ‘stop whining and bitching’ and that ‘he is not worth it’. Of course he wasn’t. No one is. But this is not about him. It’s about grief buried so deep inside my soul that I have to plummet to depths that are raw and burning. I cannot carry earthquakes inside me buried deep and walk around in a stable state. But it’s okay. They don’t understand. Many of them have never been uprooted in the same way and that’s fine. Just like survivors of abuse, of near-death accidents and of trauma are changed forever, so have I been by the earthquakes that have already been. There are and will be butterflies but this life is spread over a broken, bruised planet.

And I must go get to my webinar now. November can throw its tantrums.

3 thoughts on “Any Earthquakes Out There?”