In The Last Chance Saloon 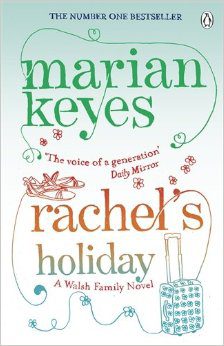 I picked out a book by one of my favorite authors. I have all her other books and each of them has been lovingly thumbed through at least 5 or 6 times each. Every single one except this one. It usually gets missed because it’s a bigger size than the others, an unwieldy hardbound edition size but with a paperback cover. So, it has to get jammed against the side of the bookshelf, away from its natural place along with the others by the author. Why do publishers like torturing us?

The first time time I read the book though, I didn’t like what it did to me. Which is not to say that I didn’t like it. One of the main characters spends a long part of the story being tormented by an abusive, manipulative man. It was torturous to read because it relived my own nightmare of 2002. The lies, the subtle put-downs, the unwillingness to acknowledge the relationship to friends, the indirect questions to friends about other boyfriends when the back was turned, the withholding of approval, the taunts, the backhanded compliments, the jealousy. Everything was so familiar it made me want to throw up several times through the book. Such is the power of a good story, when it forces you to face things in your own life.

I picked up the book around three years later again, knowing that I had been avoiding it for this reason  and determined to make my peace with it. It wasn’t any easier the second time round. I decided that it really wasn’t a great book anyway. After that however, I chanced upon another book by the same author and devoured it. And then I was hooked and in quick succession I went through all her other books, discovering my favorites and setting aside the one that I didn’t like all that much. This last one gave me an uncomfortable twinge because it made it clear to me what a book I didn’t really like was like and it reminded me that I was avoiding the first book for other reasons altogether.

I’ve managed to ignore that feeling for good while. Life has brought its share of dramatic highs and lows and I have managed to keep myself sane without tipping over into any vices like alcohol, smoking, drugs, random sex or overspending. Some of it comes from not trying to escape but some of it also comes from not deliberately picking at old wounds.

And now, ten years after the book came to me, I find myself in need of comfort reading again. Marian Keyes features prominently on this list, along with JK Rowling, Kamila Shamsie, PG Wodehouse, Neil Gaiman (only The Sandman!) and Fables (the graphic novels). I sift through my book collection and rearrange them for the order that I’ll want to read them in the next few days. I only notice Last Chance Saloon when I am putting it back. The neat pile of Marian Keyes’ books – the entire Walsh family series as well as standalones looked like something was missing. Last Chance Saloon with its larger-than-normal size, its slightly browner page edges and lavender cover – you can imagine the extent of my escapism that I didn’t even notice it as it was lying on my table a few minutes ago.

I frown, considering. I was really looking forward to Anybody Out There? which is one of my two favourite Marian Keyes books except I know by now that it needs an appetiser before starting. Rachel’s Holiday which is my other favourite, has just been devoured and is being put away at the bottom until my next comfort-reading need. But this time was a bit different. Rachel’s Holiday is the book that showed me the inside of an escapist’s head. It stayed with me when I went through the difficult relationship, whispering what I knew about addiction as I lived through betrayal, neglect, lies and fights over excessive gaming. It gave me some balance even if it didn’t ease the heartache when it helped me realise that I was in relationship with someone who was refusing to deal with adult realities.  This was the first time I was reading Rachel’s Holiday since then. In all my readings so far, I’ve only related to Rachel even if I never fell into addictive substance abuse. I could relate to the fear, the confusion and the desperate chasing after anything that would make the pain go away. Maybe a lot of my bad relationships came from the same place that addicts addiction does. But this time round, I could relate to Luke, to Brigit and even Mammy Walsh. There’s only one thing worse than living the damaged life of an addict and that’s living the life of someone who loves one. Needless to say, reading the book was an intense experience this time round, in a different way.

I look back to the large book on my table. I’ve not even wanted to touch it since I realised which book it is. My abusive relationship of 2002 is an old festering wound that comes back to haunt me in dark times even now. My more recent bad relationship of 2011 – I can’t say that that is worse or better. Two different men, both damaged and flawed, both hurt me intensely in very different ways. But with the second, I was older and more aware of my need to heal and how I could. I have been. Still, my hand stays clear of the book.

Then I take a deep breath and let myself open up to the memory of this book. It was a gift from her. She always loved reading what I thought of as trashy romances. One day, she handed me this book and said,

I did read it. I am nothing if not dutiful and obedient to the people I love. And she was my best friend. I felt sucker-punched by the book when I read it, like it left gaping holes inside me. When I handed it back to her a few days later, she said,

She must have known. Of course she did. She was always perceptive. And she’s the only one who knew the extent of my abusive relationship.

This makes it harder for me to even look at the book. I cut her out of my life in January this year. I still haven’t had a chance to process everything I feel about that though my reasons are crystal clear. It feels too soon. My way of dealing with things is usually to go numb when stuff happens and only pick up the terrible memories much later to deal with them emotionally. That’s why my poetry, my breakdowns and my terrible choices happen much after something awful has happened. But, maybe that’s my way of escaping and it’s not doing me any favors. Besides, I’m not as young as I once was and maybe I don’t have the luxury of prolonging my problems as I once used to.

Surprisingly, my hands don’t even shake as I shut my bookshelf and pick up Last Chance Saloon. Wish me luck. A storm is coming.

2 thoughts on “In The Last Chance Saloon”