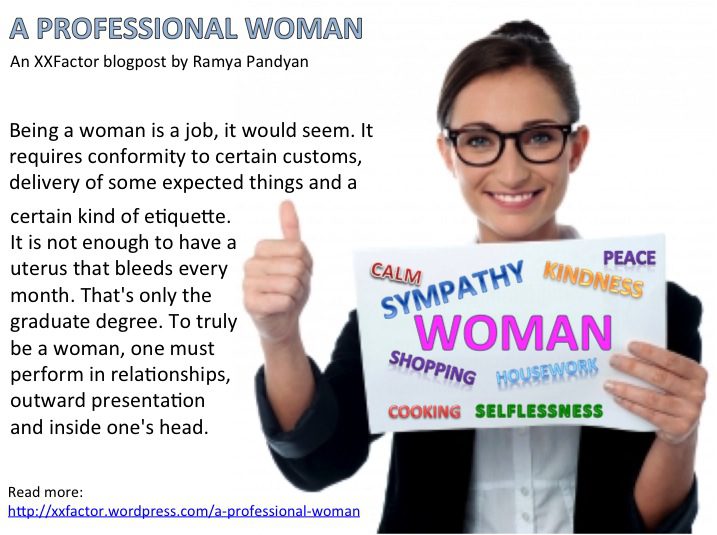 A fortnight ago, a friend and I parted ways. He came to me, looking for comforting, for sympathy. I gave him instead, honesty. Words were exchanged and the friendship is now a thing of the past. The thing is, I never offered comfort or sympathy, only outright, unvarnished honesty. We’ve spoken of it. He’s pointed it out as my character trait; I haven’t denied it. Yet, he expected it of me. Because I’m a woman.

Last week another friend and I had an argument, one that’s been brewing like dark clouds for awhile. The storm finally broke when he said,

“Women are more considerate than men.”

He insisted. It made me as angry as if he had told me my place was in the kitchen. I argued that he wasn’t a woman, I was. He replied with that perfect blend of dismissive condescension and polite acid,

I was angry then, but I am not, now. Both these men have been raised to believe that men are bad people and women and kind, gentle, long-suffering victims. They’ve each tried, very hard, to not be that personification of their gender. They are polite, courteous and nice – to women who are gentle, kind and nice. They play a part and they play it well, especially around women who play their parts in the same play. How are they to react to a woman who refuses to say her lines on cue?

*Image (without text) via stockimages on FreeDigitalPhotos.net

Being a woman is a job, it would seem. It requires conformity to certain customs, delivery of some expected things and a certain kind of etiquette. It is not enough to have a uterus that bleeds every month. That’s only the graduate degree. To truly be a woman, one must perform in relationships, outward presentation and inside one’s head. I’m quite terrible at it and I get told so, often. I’m too flashy (modesty befits a lady), too opinionated (women are supposed to be peacemakers, not troublemakers), too outspoken (yes, this is a thing, haven’t you heard of diplomacy? Learn some.)

D minus on the job of being a woman.

I’ve grown up hearing versions of this my whole life. I was a tomboy through school and college, a fact that people who know me now find hard to believe. My style and my vanity are recent acquisitions, like grown-up shoes that I started wearing well into my 20s. Life has just been easier for me, that way. But these, like apparel, are superficial and come off easily. Who I am under that, hasn’t changed. I don’t want to be treated a certain way, because I am a woman. Because, the price to be paid is that I have to behave a certain way for being a woman. What’s wrong, I’ve been asked, in being nice or considerate? Nothing at all. Except, I’d like to do it because I’m me, rather than because I’m a woman. And by the same token, I would like people to be nice or considerate to me, because I’m me, rather than because I’m a woman. And I would like to reserve the right to sympathy for those I believe deserve it, rather than having to distribute it for free ‘because I’m a woman‘.

Men like the two I’ve spoken of, come back with the refrain of not being nice or considerate to women like me, because as I lay it out, ‘they don’t want to be’. Fair enough, I say. Except, is their consideration and their politeness subject to a cold formula of adherence to a certain behaviour? If you are only nice to people who follow rules that you uphold, then you’re not really being nice, you’re being transactional. People pay you with their conformity for your good treatment of them. How is that different from a bribe or protection money?

I would like to be respected for my actions and my ideas, not for my body plumbing. As commonsensical as this thought sounds to me, it comes across as rebellious, disrespectful and needlessly selfish (all names I’ve been called). And because there is more of people who think this than there is me (I’m only one), I find myself having to compromise. I don a pretty outfit, I smile at my camera and post the picture online and I dimple my thanks when people show me how much they Like me, for that smile. I’m learning to be a Professional Woman.