The Quest For Beauty 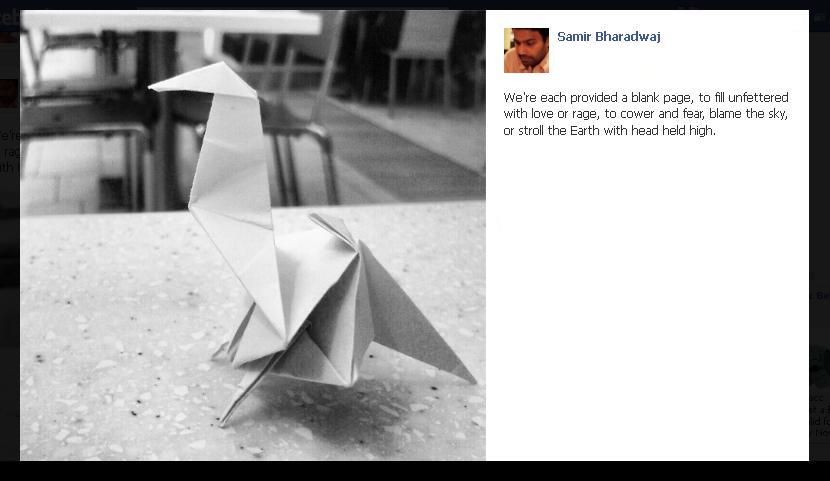 It’s a curious thing that in our bid for perfection, we lose the essence of beauty.

I must have been ten or eleven when I first got into a swimming pool. Along with a bunch of other kids the same age, I learnt to splash and swim and not fear the water. Swimming has always been fun for me, since then. More recently, I returned to swimming as a necessary exercise routine. My yoga teacher told me the yoga exercises wouldn’t be enough for me any more and that I needed a more rigorous workout. She suggested the gym and I made a face. Walking a moving belt or repeating any other action for a prolonged period sounds dreadfully dull to me. Then she said,

And I jumped to it. Save the year that I lost into the black hole of 2011-2012, I’ve been swimming as often as I can since then. The book got written, relationships got started, sorted and ended and my post-30 self shaped itself in those times. Obviously time in water forms a very small part of my week. But in that half an hour, I feel a combination of things that I can’t quite explain. There’s a sense of settling down the way flakes inside a snowglobe settle slowly, gently. There is the literal and metaphorical washing away of all the cares. And a sudden hunger for the new (well, for food as well). Swimming makes me feel right inside my own skin, in my own life.

I was in conversation with another friend recently, who is relatively newer to the water. He’s an amateur, something I can say with affectionate condescension as I watch his clumsy splashes and laborious strokes. He intends to get an instructor. And then, he says, he targets swimming a certain section of the coastline on one of his vacation haunts. I sighed. He’s turning something that is an ethereal, meditative, near-spiritual experience into something as mundane as a goal. Still, that’s him and perhaps the water doesn’t touch him the same way it does, me.

I’m not saying I’m not tempted to do that myself. I am competitive after all, and a writer’s life doesn’t provide enough opportunities to run in crowds and eventually, outrun them. Besides, it is a physical activity for health and it requires me to push myself, ever so minimally, every day, every stroke. Still, I keep this in mind and try and swim the balance between getting somewhere and being one with the water.

The above conversation happened earlier in the week. But the thought really came to me only after a simple exchange with another friend. Samir posted the following status update (picture shot by him too):

We’re each provided a blank page, to fill unfettered with love or rage, to cower and fear, blame the sky, or stroll the Earth with head held high.

It had been a difficult day after a brief promising flare of hope in March. I was discouraged but reading this made my spirits rise. I wanted to say something to explain everything in my mind but it felt too personal to share on a public Facebook conversation. So I wrote him a short email saying thank you. I knew he would understand.

His reply was as wise and profound as always. But what struck me was that, unlike my email which bore only the thank you message, his began with a “Dear Ramya,”. It was also laid out in concise paragraphs and neat sentences. Beautiful thoughts, well-expressed. I had thought writing an email was a prettier, more artistic, heartfelt way to express my thoughts. But Samir’s email, even as it was a routine reply carried the basic elements of beauty that make people like us fall in love with words.

It also reminded me of the lost art of letter-writing, something I had commented on, when I was reviewing ‘The Other Side of the Table‘, a novel in letters. We seem to have lost the connectedness, the intimacy of communication, even as we accumulate new ways to converse. And what is the worth of a conversation but to bind the two people having it, together? I know I’m sounding old-fogeyish and that is not my intention. Communication must evolve as people and cultures do. Digital communication in shorter units are the way of the future and I do not intend to stand in its way. However, it wouldn’t hurt to remember that conversation is an activity of relating rather than just exchanging word-pieces. It is a creating, not just a stacking of sentences atop each other. It is the art of communication after all, and what is art if it is not beautiful, if it does not touch and inspire and thus, better life?

One thought on “The Quest For Beauty”