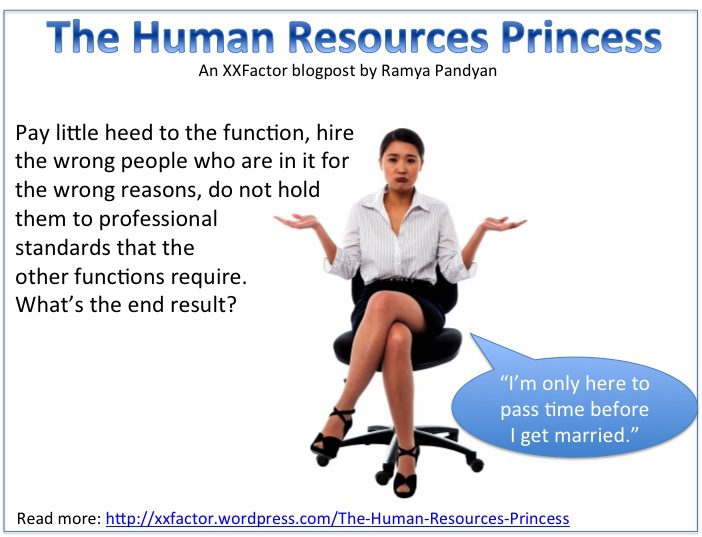 In my first year in college, one of my classmates laughed loudly and said,

“I am only here to do two years of time pass before getting married. I don’t want to get so serious and all.”

She was pretty, girly and fluttery. She was also the topper from a reputed engineering college. I rounded on her in fury and gave her a tongue-lashing which included phrases like ‘giving women a bad name’ and ‘wasting a seat’. I wasn’t winning any popularity contests in college anyway but this incident stands out in my mind because it split the factions for good.

*Image (without text) via stockimages on FreeDigitalPhotos.net

During the first week, a professor had walked up to me, seated all eager-beaver at the first bench and said,

“Why are you here? You should be at home learning to cook.”

I flushed, all 21 year old awkwardness, belligerence, peer pressure and need for approval rolled into one. The class laughed. The incidents built, one by one. The snide remarks of ‘anyone with boobs gets marks’, the ‘Topper kisko banana hain, I just want to pass’, ‘Main apni biwi ko kaam nahin karne doonga. Bachchon ko kaun dekhega?’ and the ‘Why do you want to work after this?’. Whether I wanted to or not, I was suddenly crusading for a cause I hadn’t even realised needed championing. And here I’d thought all you needed to become a management professional was to study hard and work smart. At the college interview, the dean had asked me why I wanted to do what I wanted to do. I said,

“Because it’s largely Marketing or Finance people who go on to become CEOs of companies.”

He had knitted his eyebrows together and asked,

The question surprised me and I was on the verge of blurting out “Doesn’t everyone here?” but instead I said,

He pursed his lips and told me that not everyone thought that way. It really should have prepared me. Later in the year, we had to declare our majors. The girl who said the above, picked Human Resources. At the time, I was only thankful that I wouldn’t have to endure her attitude on group projects after that. I was going into Marketing. Naively I assumed everyone else was making their choices the way I had. It wasn’t till I heard a conversation among the soon-to-be HR class (all of them in the girls’ bathroom – that should have been another clue). One brushed her hair and said,

“Finance needs too much brains. Marketing is so much travel. HR is best. It’ll be easy.”

Unsurprisingly, when third semester began, the HR class was also occasionally referred to as ‘the kitty party’. What bothered me most was that it didn’t bother the girls in the class in the least bit. Maybe not every woman is a feminist but I did think that women professionals who had worked hard to be there, would want to take some pride in themselves.

To my utter horror, I keep meeting versions of this girl all through my career. She’s the one the men ogle at, say things like ‘She’s so distracting. They shouldn’t expect us to do work when she’s sitting in that seat.’ about. She is supposed to be approached with flattery and wheedling (depending on your gender) instead of approvals and processes like the rest of us professionals. Misplaced documents, incomplete work, rude behaviour to internal and external people – these things, not normally tolerated in others are glossed over when one of these girls commits the folly. Some of them have worked in their organisations for several years. This ineptness seems to be especially tolerated in functions like HR, recruitment and administration.

There is a certain type of woman we all know from the workplace. I am not saying Human Resources is unnecessary. On the contrary, I believe that most business situations require not just the ‘hard’ skills but also the ability to handle human issues. There’s a vicious cycle at work here. Pay little heed to the function, hire the wrong people who are in it for the wrong reasons, do not hold them to professional standards that the other functions require. What’s the end result? A bitchy girl who gets candidates names wrong, delays payments except for the young men who ‘charm’ her and is a part of cliques & factions rather than helping manage them.

I don’t believe that I’m being sexist. In fact, at a workplace, shouldn’t gender be of little to no importance? Why then, should I have to make allowances for a woman being a woman, when she is in this role? I’ve never had allowances made for me and I’ve never asked for them either. The responses I’ve had, usually hint that I’m slightly jealous of ‘the HR babe’ for the attention she gets from men. My father, also a management professional, vigorously protests my observation. He points out that he has hired female HR professionals and directs my attention to one that I know who has done a great job. He also tells me about how most companies don’t value their HR function or enable them to do the job that they can do, well.

One of my good friends is a former HR professional too and I’m sure he’d be able to point out female peers who’ve done great work. Yet, the numbers seem to speak and I must wonder whether those women are the exceptions rather than the norm. Is the average HR woman like my classmate who just wanted an easy ride or is she an independent, equal business professional to me? This feels like a terribly important question to me.

A long time ago, much before b-school, I considered being a Human Resources professional. I only began preparing for MBA entrances when I discovered the HR function. Looking back, I’m glad that Marketing’s glamour distracted me and I didn’t go the HR way. I may or may not have been a good fit. But it would have been heart-breaking to work so hard only to be around people who didn’t even take themselves (let alone me) seriously.

Update: Gautam shared this post on Facebook, asking his vast network of HR professionals to comment. Considering the kind of comments that came up, I feel the need to clarify the following:

2 thoughts on “The Human Resources Princess”