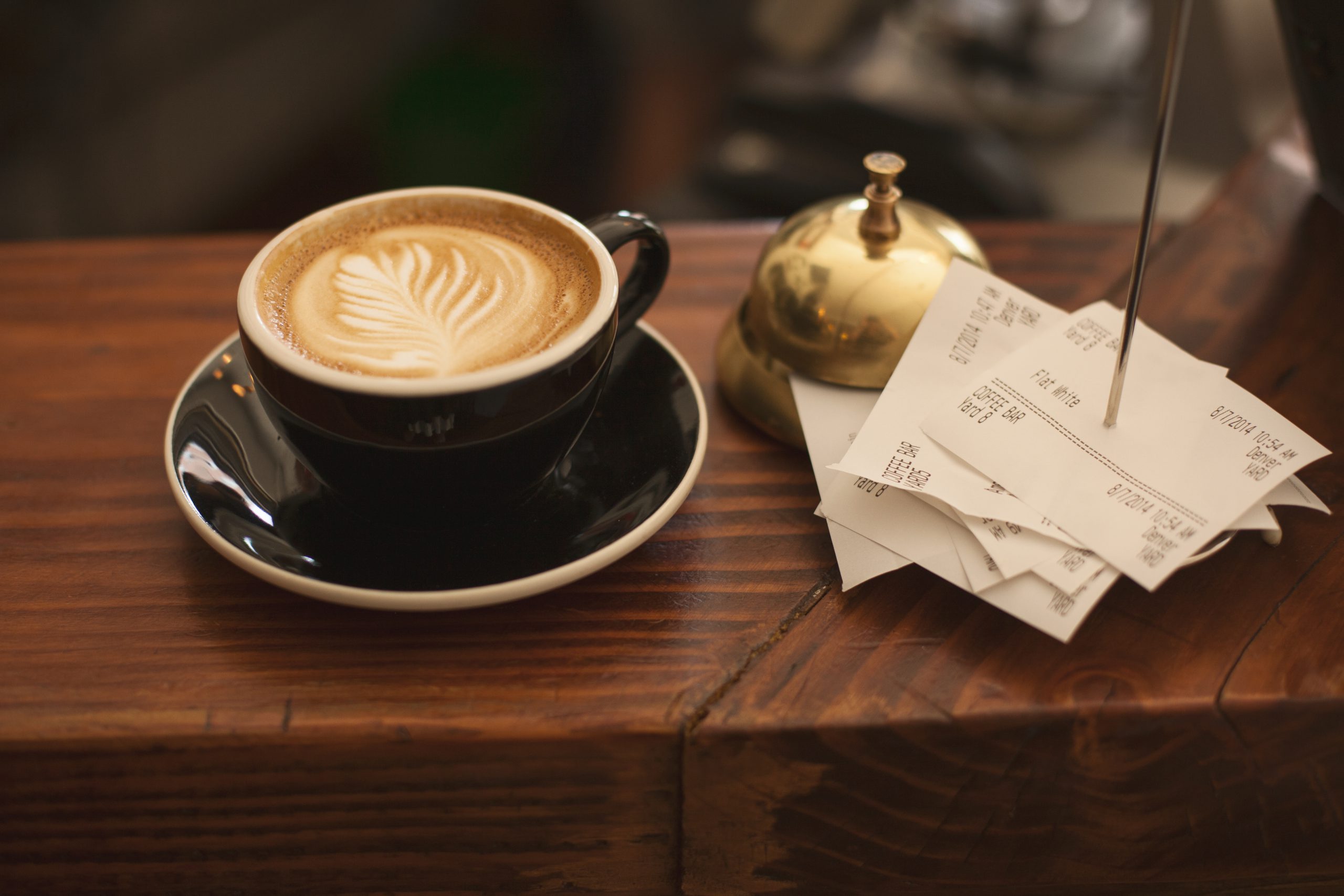 Last year I signed up for Mumbai Secret Santa. I had watched friends participate for years but desisted because it sounded naïve and cheesy to me. I believed that like many other extended campus life ideas, this would fizzle out in a flurry of inefficiency, impracticality and pettiness. But 2014, I decided to give it a shot, just for kicks. I was assigned a Santee and to a Santa.

November was strange. Because I didn’t know my Santee, I had to research her tastes. I had never thought so much about someone that I was not duty-bound to think about. I got her what she had asked for, then wondered if it was too much. I worried she’d think I had put no thought into it and only filled a shopping list. I added some things, then imagined her rolling her eyes. And finally, I wrote her a letter.

It should have been the easiest part but it wasn’t. Writing to a stranger, unsolicited is hard and I felt unwelcome and stupid. My internal boundaries heaved. I rewrote the letter several times before I hit my so-tired- it’ll-be-messy-but-the-truth level. Yes, that is a real thing. The letter rambled, fretted and stammered. I added it to the parcel and sent it off. What allowed me to do that was the thought that if I received something similar, I would be unequivocally touched.

Then I waited. December was a timeline full of gushy messages and photographs of all manner of delightful gifts. Shiny wrapping paper, soft toys, sweets, unexpected actions and gestured abounded. I would have rolled my eyes at the cheesiness of it all. But instead, I felt warm and trembly as I imagined how thrilled the respective Santas would be to see their Santees delight. I hadn’t felt that in a long time.

My own inbox and mailbox were empty. Feeling quite like an excited kid, I burst out of my reserve and asked where Santa was, hello hello can you hear me? Another internal boundary pushing; I hate so much showing vulnerability. No answer.

Christmas morning arrived and I didn’t receive so much as a message wishing me. All day people tweeted about daily gifts, secret notes or apologetic messages from Santas saying sorry for the delay, but don’t worry, I’m on my way. Nothing for me. I felt like that kid in school who no one picks to be on their team. I hated that a complete stranger could make me feel this way. It turned out to be a shitty day and in the evening, I logged in, in that foul mood where you turn to whoever is around even if you know they’re terrible for you. The tweet on top was from my Santee yippeeing over my gift. She mentioned my letter, the messy, stupid one and she said she liked it. It really made my Christmas. 🙂

By New Year, I got used to the idea that I had ended up with the dud, an absconding Santa. It didn’t make it easier but I tried not to brood over someone who didn’t care. I muted Secret Santa tweets and ignored conversations. Then suddenly the Mumbai Santa team passed on a message from my Santa. It said

My Santa reached out late and the first thing they said to me was to make me wrong for living where I did. No apologies, no warmth. If it was a joke, I don’t see the humour. I wish they had just stayed silent. I replied asking them not to bother, that Christmas was over anyway. The team responded that the Santa was going to make it up with a special cupcake delivery. This did not happen. I responded asking them to tell the Santa not to bother and assume the program was over. They insisted that Santa would explain all.

A few days later a gift arrived. It had the first three items picked off my Amazon wishlist (which I had put in my briefing). No note, no further messages. I let the Mumbai Santa folks know that it had arrived. They asked me to tweet and I refused. I would not thank Amazon for delivering a parcel. This was not a gift; it was a transaction. The Santa received a parcel via the program and sent one in turn. They were not thoughtful, not even kind, let alone generous. Everything that had gone on, the delay, lack of communication, even the cold Andheri message I would have forgotten had they just communicated. They didn’t bother which makes me think they didn’t care.

The Truth About Generosity

Earlier this year, I tweeted out an open invitation to anyone, anywhere to ask me for something. If it was something I could do, I would try my best, no strings attached. I assumed that any responses that came, would be commercial. Maybe agencies asking for retweets, someone trying to get me to buy something. I thought there might also be a troll or creep in there. Right after I tweeted, I realised that had someone else posted that invitation, I would not have responded. I don’t like asking for favours or help. I don’t share and I don’t give. I’d rather donate. There is a difference.

Responses came. Every single one was courteous, reasonable and did not ask for even a fraction of what I could give. Three people asked if I would read their blogposts. Two asked if I had any suggestions on how to write better. A friend asked if I’d write her a poem, another a song. One person asked me to create a doodle.

Saying this is what I want and will you give it to me, is a supreme act of courage. It’s the sort of sharing that only small children do, completely free of the thought of what will need to be given back. It’s sharing devoid of transaction. Every person who responded to my tweet was giving me a gift. They were giving me access to a part of themselves, letting themselves be vulnerable enough to ask, something I couldn’t do.

The Purpose of Mumbai Secret Santa

Why does the Secret Santa idea exist? We are all people who can afford to buy for ourselves the things that pass as gifts — books, clothes, toys, gadgets, food etc. What is the difference between a gift and a package in your mail? It’s that someone gave it to you. Somebody took the time and effort to think about who you are, what you think/feel and what you like. Someone, a stranger, cared enough to make you feel good. That vital element is what makes friendships. It is the seed of all human relating. We don’t have enough of it.

My last experience left me feeling so bad that I decided not to participate this year. Then I heard about a few other people’s bad experiences. Many of them had Santees who did not say thank you. I’ve been in a close relationship with someone who was so caught up in his petty, negative, hurt world that every nice gesture sounded like an attack to him. He responded with mistrust, meanness or indifference. A lot of people are alien to the concept of generosity, having never truly experienced it before. Yes, I had a bad experience. In some odd way, it was less bad than the ones I heard. I shared myself in a letter and I was rewarded with warmth and acknowledgement. Most of these other people did not get that. Being forgotten sucks but having a lovely gesture completely ignored eats your soul in a whole different way.

Think about what kind of a person does that to another person? It’s someone who lacks something fundamental in their emotional landscape — the ability to respond to positive action and thought. A person like that deserves much pity, sympathy even if you can muster it. Can you imagine what a pathetic, small life they must live, regardless of how many material things they own?

We seem to be a world of too many people like that. This program is not about the objects being traded as gifts. It’s the emotions, the sharing that carry along with those objects. Generosity is a nuanced thing. It involves plumbing your own depths and putting your rawest, most tender self up for the world to hurt. I think this is really the spirit of Christmas as it was ever meant to be. I signed up for Mumbai Secret Santa, on a whim, never expecting to feel so much or gain any insights. That’s a gift of utterly magnanimous proportions.

So I’m signing up for the Mumbai Secret Santa again. The new year will bring me new gifts. Maybe it’ll be something nice to eat or wear. Maybe it’ll be a new friend. Or at very least (or best), a new lesson.

*Also published on The Idea-smithy.

4 thoughts on “Santa’s Lesson Of Generosity”