Skip to content
Battle of the sexes Seriously speaking Times, they are a-changing 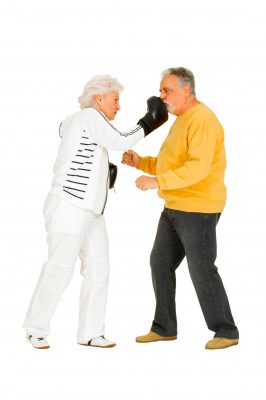 It’s a near-universal fact that men avoid the ‘relationship talk’ as much as they can. I also sense a feeling of helplessness in the average man when it comes to the woman he loves. Assertiveness is easy when it comes to rivals, opponents and competition. But men seem unable to bring it to the fore with someone they care about, especially if that someone is a woman.

The social dictats complicate matters. I can’t refute the fact that a lot of women use tears and emotional blackmail to have their way. There’s practically no way out for a man in such a situation. Taking a stand, pushing back and even holding onto what he believes will be seen as harsh, heartless & cold in such times.

Personally, I think anybody who resorts to emotional blackmail deserves only a harsh response. But I am a woman. The same labels may be hung on me but somehow they don’t devalue my social standing as much as they would, a man. Like most women, I’m aware of this fact and much as I hate to admit it, it doesn’t always stop me from using it to my purposes in a relationship conflict.

The battle of the sexes is not new. But it seems to have reached diabolical proportions. As long as each side has an equal win/lose chance, it stays an exciting, entertaining game that comprises much of our adult lives. But when one side starts to gain an upper hand at such a rapid rate, while the other fails to keep up, the game must be lost to an ugly battle and nobody will be the winner.

This is the reality and the man is just going to have to summon up the courage to go against an ancient more, to stand his ground. The changing times lay their pressures on everybody.

Image via Ambro on FreeDigitalPhotos