Skip to content
Being Woman Harassment & abuse Is This Feminism Media Messages Times, they are a-changing

If You Won’t Let Us Laugh, Someday We’ll Make You Cry 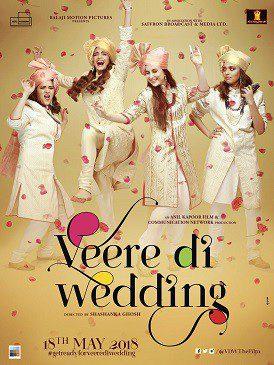 I watched ‘Veere di Wedding’ today. Don’t worry, this is not a review. The film is getting enough of hatred on social media to inspire enough curiosity in you to watch it. There is uproar over the swearing, the drinking, the raucous laughter, the sex talk. Everyone and their grandmother is horrified.

I’ll give away no spoilers and just say, I loved every minute of the film. And now I’m cueing up ‘Gone Girl’ on streaming as a nighttime watch. Me, who shudders at the thought of Bollywood horror films and basic slashers — I enjoyed the story of the sociopath and I will gladly watch it again. At night. You know why?

Because it gives me a sense of vindication, of justice even. I won’t talk about ‘Veere di Wedding’. Let’s talk about ‘Gone Girl’ instead. Why did so many women LOVE it? Because every single one of us has identified with the feeling of doing so much, being so much and still being edited and worse — invisible.

What does that mean? It means we don’t exist the way men exist — as people. We exist like a 24 x 7 customer service operation that must seamlessly and boundlessly cater to the male gaze, the male need, the male ego, the male everything. We don’t even get paid for it, let alone acknowledged. And any sign of our own humanity comes with severe, very severe consequences. What consequences, you say? Slut-shaming, body-shaming, single-shaming, rape culture, violence against women, silencing of women, mansplaining, manspreading. To name just a FEW.

I could not see a single reason any reasonable human being would dislike ‘Veere di Wedding’. It was funny, it was frothy, it was glossy and it was entertaining. It made a few digs at the expense of men’s glaring flaws but you didn’t REALLY believe that we never talk about you, did you? Wait, you did? Then why is the Bechdel test even needed? Literally that if two women can have even one conversation on screen that is not about a man, it passes. So few films do. So clearly we’re expected to yap about men only all the time. Did you think we wouldn’t complain or joke about you? HA!

Curiouser still, didn’t you all really enjoy ‘Hangover’? How about ‘Pyaar ka Punchnama’, that gut-sucking punch to every woman on the planet? That looooooooong diatribe against the entire female race that all of you liked so much, it’s practically a viral poem on Youtube now. ‘Veere di Wedding’ didn’t have even a third of all that. The ‘motherlover’ line? What, now we’re not supposed to tell the truth? You do worship your darling momma, don’t you and wish every other woman was more like her? It’s called The Oedipal complex and all she was doing was stating that. I guess we should leave personsplaining to the men.

But never mind all that. Clearly you can’t handle women’s laughter. But want to know what happens when you suppress her natural positive instincts? ‘Gone Girl’ is what happens. It’s when this woman wakes up one day and realises that this life is shit and it really is so much better without you. She runs everything of course, without credit and with all the harassment and silencing. Why does she need to carry your sorry-ass as well?

Sure, call her a sociopath like Amy. After all, what was Amy but someone who loved Nick very, very much? Yes, that is wrong. You certainly don’t deserve it.

Apr 10, 2022 IdeaSmith
Harassment & abuse Identity Is This Feminism My Soulmate Is A Book

One thought on “If You Won’t Let Us Laugh, Someday We’ll Make You Cry”