Girls Who May One Day Be Gone 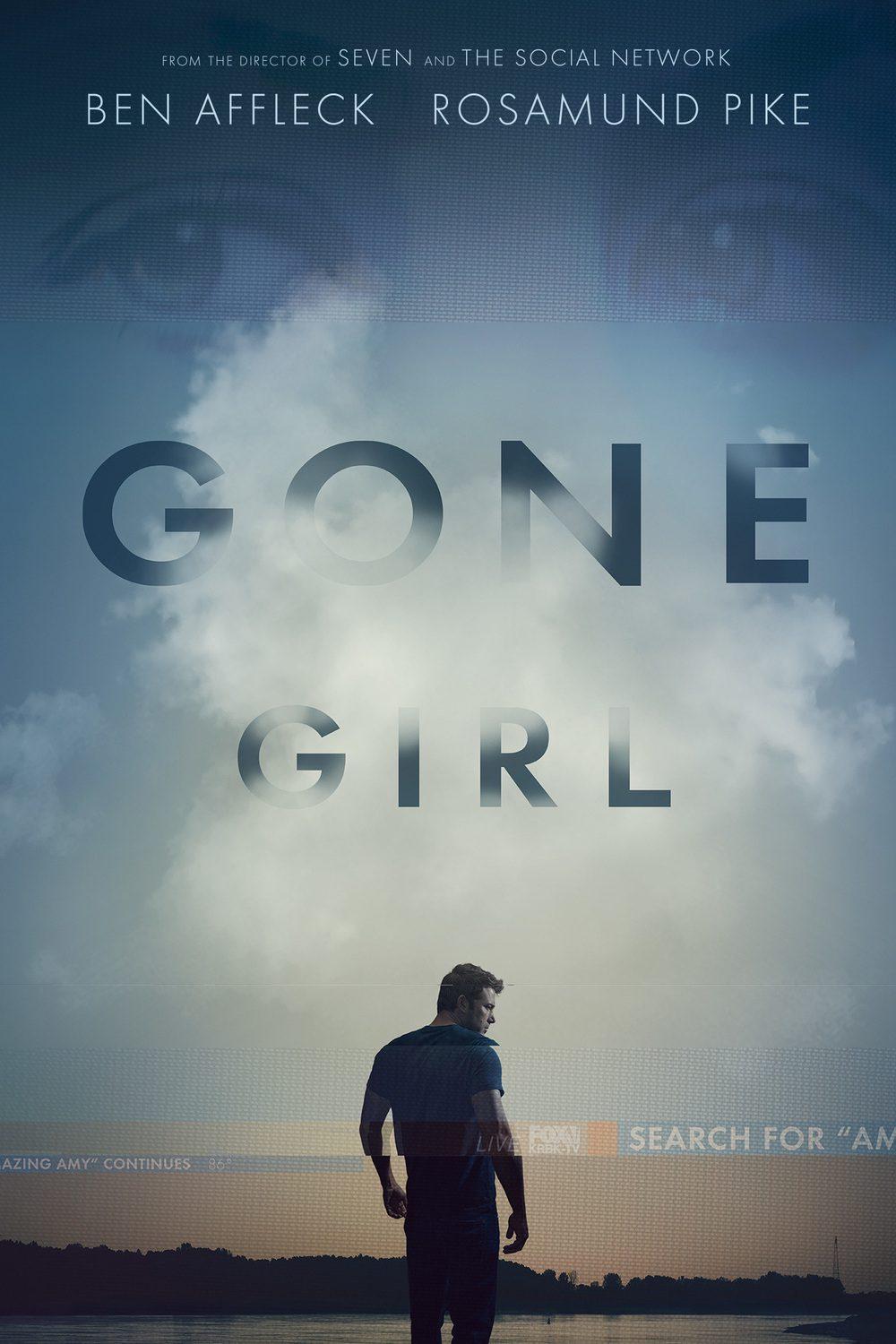 Spoiler alert: If you haven’t seen the movie, you’ll want to hold back reading this post until after you have. This is not a review but you will need to know the story. Truly, I mean it. Go away, watch the movie. It’s worth it.

I just finished reading Gone Girl. I saw the movie with Reema when it first came out. It was an important milestone in our friendship. When you watch a movie with another person, you get to know each other a little better. Are you talkers, shusshers or silent seethers? Do you respond with laughs, gasps, moving forwards in your seat or do you stay still and quiet? And most importantly, what do you think of the film?

A story like Gone Girl can be a make-or-break point between people, the kind that reaches deep into your recesses and dredges up fear and horror. This one was particularly interesting because it also teases out where one stands on the politics between men and women.

I had been told that the book was even better and I won’t entirely disagree. It’s a great read, well-crafted and delivered. But that said, it laid out the issues clearly – almost too clearly – and the matter of who the real villain in the story was. The movie, in contrast, still leaves me feeling something quite else.

When Reema and I first saw the movie, we both cheered at Desi’s death. We actually laughed when we watched her stab him right in the middle of sex. It silenced the whispering, giggling bunch of teenage girls behind us (since that scene appears roughly midway through the movie, we spent one half grimacing at the things they giggled about and the other half gleeful about their subdued silence). A few seconds after the stab scene, three men in front of us stood up and walked out of the theater and they didn’t return. It’s a story we both like to tell now.

Is that a bit horrifying or more? I may stand accused of drastic opinions by the men I’ve intimidated over the years. But I’ve never been okay with violence or automatically slotting man as monster and woman as victim. And Reema is known to be a peaceful, diplomatic person who is happily married. How did we come to take such relish in the story of a murdering psychopath?

I first put it down to the collective female angst triggered off by the Nirbhaya case. India was screaming and women were cheering on angry female avengers. It’s what made the movie NH10 such a success. The movie’s protagonist kills several men in much bloodier detail and yet never gets called an anti-hero. Why? Because her rage is thought to be justified. She has witnessed injustice and horror and instead of staying dumb and numb, she takes action. GO GIRL!

On the other hand, Gone Girl shows a woman who lies, manipulates and kills. Why? Oh, because her husband loses interest and cheats on her. That doesn’t justify murder, does it?

Wait, does anybody remember a movie called Unfaithful? Released a decade before Gone Girl, it showed a bored housewife indulging in an affair with a younger man. My favorite scene in the film is when the cops come calling on their home to talk about the murder of the by-then-former lover. Husband and wife sit through the interview and after the cops leave, they look at each other. Each look is full of accusation and anger. And then, guilt and understanding. Whose was the larger sin? Cheating or murder?

Let’s come back to Gone Girl. The same question is raised here, this time with the genders reversed. Why is it automatically assumed that hers is the bigger crime because it is murder? The same standard ought to apply to Unfaithful but it doesn’t, because there it’s seen as a crime of passion, of jealous rage. And because – there’s no way around it – Gone Girl’s murderer is a murderess. Amy fakes her own death and wait, she turns up not dead! That has to really rattle the kind of self-righteous male who thinks respecting women is the same thing as playing knight in shining armour. No, how dare she be able to take care of herself?!

You can talk about the different levels of premeditation on each character’s part and argue that the full year that Gone Girl‘s Amy takes to prepare for the whole thing outweighs the few seconds in which Unfaithful‘s Edward throws the snow globe at his wife’s lover’s head. Let’s talk about that snow globe. It represents the mutual affection and memories of the married couple. Edward flies into a rage when he realises that she has given his gift to her lover.

Now let’s think about Amy. Her husband has uprooted her from her home in New York, buried her in a tiny town where she doesn’t fit, sunk all her money in a bar. He has also spent five years ignoring her the minute she stops being his Manic Pixie Dream Girl and takes on the real humanness that marriage brings. And finally, he goes the most obvious way and has an affair with his student – such a damning cliche for a writer. He also kisses this student in the open and takes her to several of the places that were supposed to be special to himself and Amy. Does the sound of cracking up start to sound right now?

NH10 at least punishes its angry girl protagonist. She loses her husband in the bargain. It seems to balance out her uncharacteristic (for a woman) violence. She has been chastised and will have to live with that. I think a lot of men’s biggest problem with Gone Girl was that she gets away with it.

The book lays out Amy’s manipulation and her deceptions in far greater detail than the movie does, right from feigning a fear of blood to conveying subliminal messages to Nick’s Alzheimer-ridden father. It even paints her obsessive personality more clearly than the movie does. But it also brings out her pain better – her deep betrayal by her husband and parents, emotionally and financially. In every way, they bankrupt her, over and over again. She just refuses to stay victim.

If in a story, a man may be excused for murder solely on the basis of emotional betrayal, why is a woman still vilified for avenging both emotional and financial betrayal? The financial part is important especially today because it signifies the utter loss of independence and the ability to retain one’s personal power. Yes, there is such a thing as alimony but that’s mere money. There’s seething resentment against women who claim alimony, in addition to the relentless social censure they face for having less than perfect marriages. Shame, the world is saying, shame on you for making the man pay. You have his money but it’s something you don’t deserve, you’re not supposed to feel okay about having it. Amid all this, Amy was protecting herself and her interests in a world that would only continue exploiting her.

Just in case you’re wondering how fair it is for Desi to die because of someone else’s marital troubles, the book makes that clearer too. Desi was not helping her, he was keeping her captive. You don’t help an abused woman by coaxing her into being your personal love-toy. Especially when she has no money and no way to transport herself out. True, this points to questionable ethics rather than malicious crime and murder cannot be condoned. Still, how easy it is for audiences to tidy up a character’s actions when he’s male and how much easier to tar when she’s female.

By the end of the story, you get the feeling Amy doesn’t care either way what the people who do know think about her. I understand that feeling well. Scarlett O’Hara would have understood it too. As women we live lives that are given less justice, harsher punishments, many more pressures and far less empathy than our male counterparts. It’s an individual matter, at what point we break and decide we really don’t need to allow this flawed system to determine our inner moral compass anymore.

And I guess that’s why women loved the film and a lot of men didn’t. There’s a possible Amazing Amy in every single one of us.

8 thoughts on “Girls Who May One Day Be Gone”