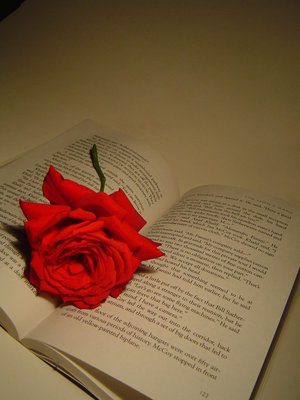 I almost remember the days when getting hold of a photograph of someone who made your heart beat….was a big thing. And it would treasured, placed carefully between the pages of a favorite book and lovingly thumbed every now and then.

We’ve moved far ahead. Instead of one photograph, carefully and lovingly framed and placed next to a bed or desk at work, there are folders and sub-folders of digital camera uploads. Now….well, does anyone remember the names of half the people in those pics? I’m running out of titles to name those pics…I still retain some of my old habit of making a note of the memory at the back of each photograph. There are dozens of pictures of and with each person, countless birthdays, anniversaries, parties, celebrations and outings. There are a forgotten number of folders. I periodically sift through them and delete the ones I don’t remember. And increasingly, I’m finding it easier and easier to do.

And I’m just one part of the gigantic social system sprawling across cities and continents. Each of us is a just a brief interlude in the lives of others. As they are in ours. We don’t grieve over a lifelong love, we don’t yearn deeply for a soulmate. We are briefly and slightly acquainted with many.

We are a generation of fast learners and fast movers and we drain out the maximum value from everything. So we milk the one serious relationship we’ve had to full value. This would probably be the very first or at least the most intense one (not necessarily deepest…I doubt most of us even understand the difference).

I’ve been asking myself…..

What do we look for in relationships?

Firstly, there is the career that defines and supports each of us. We have hobbies and friends who keep our lives full. We don’t cry on anyone’s shoulder…is that why so many of us are so cynical most of the time…because our negative emotions don’t find adequate expression? We value our individuality and take pride in how complete we are on our own and how little we need from other people.

Why then does the mating dance still continue? Moreover what is the relevance of the fact that they’re so temporary? So many of them that we lose count or even the value of any single one.

Relationships used to be about trust, about needing the other person and yes, about love. I don’t think most of us even fathom what love is, now…I for one, don’t. Our relationships are based on entertainment. How much fun it is, how melodramatic, action-packed, inspiring or ‘charging’ it is. And once it stops being so, the show is over.

I’ve written earlier about the magic of the first few dates. The initial encounters tinged with flirtation, verbal volleying and an effort on both sides to impress are superbly entertaining, to say the least. Of course with time and sexual intimacy, affection even and the emotional games that we play, there is enough to provide us recreation for awhile. Entertainment is the groundstone for our relationships.

If you disagree, think of the common reasons why people part ways these days. We have flings, not even affairs to remember. Each affair has its paraphrenalia, places visited, token romantic memories and the ritualised flirt-woo-seduce-argue-make up-break up syndrome. Once we pass the juggling and tightrope acts and reaches the ‘stable’ stage, it isn’t entertaining anymore. So we either spice it up knowingly or unconsciously with melodrama. We cheat, we lie, we play mind games, we over-analyse and worry and we fight. And then once it has been wrung of all its entertainment value, we discard each other and move on. No one can perform for that long, after all, even the clowns and trapeze artists have to sleep at night. So the big tent folds up, the performers and the audience part ways. And each one goes home to sleep alone.

We rarely experience heartbreak. I think its really more an ego-break, the kind of pain you feel when you come second in a race. It’s about not having entertained the other long enough or well enough. We’ve all become performers and we have our starry tantrums and diva egos. It pinches like nobody’s business, to be seen as clingy, boring or drippy. After all, what does that do for one’s ‘dateability’ after that? It can ruin our future prospects and after all, that’s what it is all about, isn’t it?

Everyone chases a dream and our generation is living on the promise of tomorrow paid for with EMIs….bite-sized portions of our full emotions traded in for the just-within-reach laughter and flirtations of today. Who has the time to wait till tomorrow? Or to wait to see if this grows into one big thing, when you can just as easily settle for several small things available today itself? This is the day and age of instant food, 24/7 service, home delivery and disposable relationships.

After all, we are spoiled for choices. In our gadgets, in our careers, in our residences and in our relationships. After all, when a product doesn’t work, we trade it in for a better model. And we frequently upgrade. We do the same thing with our relationships. And get used to it being done to us. I’ll accept plastic of course, that’s the only way to attract more prospects.

Someone I know once said, “You aren’t committed if you are still looking.” From the men I’ve dated and from my own internal confusion I know, the one thing that stops us from staying back, from holding on, from ‘settling down’ is the thought that there may be a better one, just around the corner.

I’ve done this myself. Been so prudent, so stingy in sharing myself with the people I’ve been with. It is easier to get out if you’ve invested very little in the first place. So my relationships have been little more than fun and entertainment. I’ve been angry when the other person has described me as ‘amusing’ or ‘entertaining’ but really that’s a compliment I guess since that’s what I have been and that’s what I’ve expected in return.

Does anyone know what love actually is? In fact does anyone say “I love you” anymore? Too little or too often so it loses its meaning. After all, how much love can there be in a love that sparks instantly and dies out a supposedly ‘long’ 3 months later? And would that have really been love if something bigger, better comes along almost immediately? How different is this one from the other? It’s a different person in a different time that’s all. But what about the emotion? Is anyone special anymore?

Where really is the place for love? It is a mighty realisation that I may probably never have been in love. The people I’ve held onto and paraded as my grand loves have just been ones that I waited a little longer for, before I began to believe that something better was around the corner for me too. But then, possibly…is that love? The willingness to forgo that option of upgrading, of proverbially putting down your money on that one and saying to yourself, “Enough now, this is what I want and I’ll be happy with it.”? Yes, I think so.

So what’s happening? Have we become so easily disposable? Or have we just ceased to share deep emotions that make the kind of memories that one wants to hold on to?

I’m not looking for disposable anymore. I am not in that much of a hurry anymore, I’ve seen enough of circuses. I don’t want to live in a tent and move when the grass (or astro-turf) gets too thin for me. No more plastic flowers please, I want a seed that I can nurture and create a garden with. And then build a little house right in the middle of it that says,

This is who I am and this is where I live. Come in if you like, but leave the disposables and the plastic outside. We grow our own stuff, in here.