Skip to content
Ex-factor Hormone hangover Times, they are a-changing

Closure begins with an end 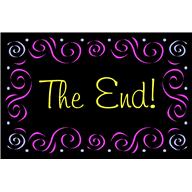 You ever have those days when your email inbox and even your Facebook feed is a predictable jumble of pseudo-advertisements, pre-scheduled alerts, subscriptions and what not? I have that often and a lot. Then out of the blue, something lands up in there that you’re not sure makes you happy or unhappy. But it’s still very welcome because it’s a change and it reminds you of feelings you thought you’d forgotten and of corners that you didn’t manage to clear. This one came with an opportunity to clean up too.

An email from a painfully familiar name titled,

Actually this one happened over a year ago but I’ve only just began making sense of what happened. Emotions can’t be compartmentalized and when you’re having to think about love and anger and betrayal and trust and friendship, a whole lot of everything comes tumbling out from where you stuffed them, in that cupboard marked ‘Loose Ends’ in your mind.

It was a friendly enough mail, complimenting me on going a long way with words and inquiring about my family. After much deliberation and a few shots of Indian courage (that’s my equivalent of Dutch courage – a good hard dose of well-intended commonsense from a close friend), I wrote back. My reply ended with,

You have a good life and so do I. We don’t need to be a part of each other’s worlds. Our relationship ended a long time ago and with this, I think so does our conversation. I wish you well.

I’m not going to parade how hard it was to write that because it actually wasn’t. I did that a long time ago. But that finality that comes from telling someone who hurt you that they did and that they were wrong was missing. With this email I got to say something I never had a chance to – I had given up on him. It was vindication and it was sweet.

I think it only made sense to me last week, when I was talking to a friend about love, why I walked away when I did. We’d broken up years ago. We’d met after that, talked at length. We’d spoken about relationships, each of us having moved to other people. We had, yes we had, began rekindling that friendship we had before it became something else – a poisonous something else. What then turned it sour for me?

He got engaged and while that gave me a stabbing pang in the heart, I was okay with it. Honest. I met her and she was nice. She even liked books and how can I ever completely dislike a person who does? That was painful but I got past it. I attended their engagement party and endured watching the sweet intimacies that much-in-love couples share. I also keep my mouth shut when I saw the gaps that I knew I’d always been able to fill – gaps in knowing him. All of those times took me on the painful path of growing up but never away from him.

And then we had a conversation, a 2-hour long phone call, one of those soul-searching types that we must all have but only a couple of times in our lives and only with someone so close, they’re a part of us. I asked him how long they’d been together. He said, over a year and half. And then he said,

“You’re my best friend. You’ve got to tell me what you think here.”

I think that may have been the moment when I paused and stopped to think if I really wanted to be on that path anymore. Because just five months earlier, he had taken me out on a bonafide, make-no-mistakes-what-it-was date and asked me if I’d reconsider us. I don’t think he noticed it then and perhaps he still hasn’t.

For 6 years I’ve been telling myself that I was disgusted by what he did. I deplore cheating. But then, I’ve had people in my life do much worse and they’re still with me. I didn’t identify the true source of my anger till last week.

When I was with him and before and long after, I loved him with a completeness that I could never achieve in any other relationship afterwards. It was a divine emotion that shaped me at the core, even after we parted ways. When I was making my peace with his being with someone else, somewhere deep down I was handing over my heart into someone else’s hands. That’s why I was so relieved that she was someone I could like – someone like me who’d understand and treasure this most precious of things.

By bringing such a stupid thing like cheating, even if it was a case of pre-proposal jitters, he had cheapened it, made it so ordinary. I don’t like having to believe that someone who inspired such an other-worldy emotion in me is so flawed, so mundane, so much less than me. All those years back, when he dumped me, he’d broken my heart but he couldn’t make what I felt ordinary. With this action, he just did. And I’ve never been able to forgive him for it.

I can’t bear to look at him or speak to him so it’s fortunate that he’s in another country, in another life. I do know that he has a daughter, a delight of a thing. And I know he’ll make a wonderful father. I know that she is and probably will always be the most important person in his life. I always knew all of this about him.

It’s some small consolation that he doesn’t have this understanding, this knowledge of him in his life. But most of all, I’m glad he’s father to a girl. Because daughters can twist their daddies’ hearts in a way that no other woman ever can. It think, for a lot of men, only a human being they’ve created can teach them the helpless agony of loving too much.

As for me, I don’t love him anymore. I wanted him to get that and I saw that happen. And I needed to understand a lot about my own feelings – how I love, what my anger looks like and where I post ‘The End’ sign. I’m finally able to snip off that sad, niggling loose end that characterized most of my adult life.

One thought on “Closure begins with an end”