A is for Anniversary 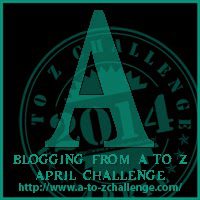 A new writing challenge! This time it’s the A to Z 2014 challenge, that asks participants to blog every day of April (except Sundays). The name comes from the daily prompt of one letter of the alphabet. Today, 1st of April is ‘A’. I give you a story titled ‘Anniversary’. The idea for this piece came from a conversation with a married friend. I had a specific idea in mind that I wanted to convey. Tell me if I got it right, by telling me what you think is happening. And now on to the story.

It is the 1st of April. Rahul registers the calendar, still on the March page. It’s hard not to. He has shuddered at the picture of bright yellow flowers that some photographer thought was beautiful, every day for ages. It is beautiful, just like every other photograph in the calendar (he knows Suneeta would have made sure of that; she is immaculate). But beautiful things become commonplace with time. He figures he tired of it around the ninth day. Beneath him, Suneeta moves slightly to her right. Rahul lifts his left thigh slightly to allow her trapped leg to escape to freedom. They’re almost there now.

Suneeta reaches her arm around his back. The hold supports her as she moves her foot from one side to another, to get the circulation back. A string of dirt is hanging off the top of the cupboard but she doesn’t notice it. Her eyes are closed and her breathing is starting to change. Little beads of sweat appear on her forehead. She feels Rahul’s fingers brush them off and she utters a little cry. His hand is resting on her hair and its tugging on the roots. Rahul moves it away and clasps her waist. She relaxes, her eyelids fluttering slightly before they settle shut again. She imagines Ranbir Kapoor’s fingers, pulling the memory of them clasping a coffee mug, from last week’s talk show. The image jars a bit as Rahul’s stubby fingers pinch into her skin. But she has a sturdy imagination and she doesn’t let it faze her. She surrenders to Ranbir’s caresses, even through the rough grasp of her husband.

Rahul opens his mouth and flexes his jaws. They are hurting from the gritting. He read an article on bruxism last week and it has haunted him ever since. He recalls the illustrations of the unnatural, filed down teeth of those plagued with involuntary teeth grinding. It sends a little shiver down his spine and he shudders. Suneeta’s moan startles him. He must have spasmed a bit with that shudder, he realizes. So he holds fast to the image, letting himself imagine teeth that have been ground into grotesque shapes and strange lengths.

Suneeta reaches her climax a little earlier than usual. Today, she has given herself permission. She tried, beginning with Ranbir Kapoor. But after having her hair yanked, it was hard to return. So she surrendered and allowed herself the rare luxury. Besides, the idea of Dhirendra Shukla went better with Rahul’s firm hold. Dhirendra Shukla, building contracter. She is certain that’s how he would do it too. Men with hands like those would. It’s a comfortable secret nestled inside her head, where Rahul’s hands won’t go. It opens in her imagination, like the mogra flowers outside their window, that blossom in the heat and wither away quickly.

As usual, she doesn’t open her eyes. She will wait till Rahul buries his head in her neck and is ready too. It won’t be long now, though she might need to wait a bit more than usual since she finished early. He is moving a little differently today. She wonders why, just as his nose touches her shoulder and the smell of his hair oil permeates her nostrils. She opens her eyes.

The string hanging off the cupboard is fluttering like crazy in the breeze now. She can’t remember the last time she cleaned the top of the cupboard. Automatically, her eyes move to the fan whirring above. It looks clean, a uniform reverberating circle of white. It was cleaned just last Tuesday. 25th she calculates, counting back the days from today. The string wasn’t there then, she thinks. Is it a spiderweb? It’s too thick for that. There are no clothes atop the cupboard, only a Samsonite suitcase, the green plastic one. So it isn’t a stray thread. Maybe she just didn’t see it that day. Maybe it’s only visible from this angle. She smiles to herself. Nobody else is likely to have seen it then. She only noticed it today. It certainly wasn’t there the last time. And since she can’t remember when that was, it’s probably long enough for a dust trail to have formed by then.

Rahul starts to move faster and she shifts into action. Her arms hold him tight, one hand reaching up to cradle the back of his head. She also takes a deep breath, in preparation. And with judgment that comes from much practice, she lets out her breath, seconds before he collapses onto her. The sound of a heavy body landing on full lungs is unflattering, to say the least. That will not happen today.

Rahul rolls off her almost instantly. He knows her thighs will begin to hurt with the strain if he doesn’t. They lie, catching their respective breaths, after Rahul rolls off her. She stirs, pulling her nightie down, then starts to sit up. Rahul gets up too. She looks to him, surprised. He stands up and reaches for the calendar, flipping the March page over. Then he turns to look at her.

Suneeta looks at the string hanging off the cupboard and then smiles back at Rahul. It has been a good one. One of the best in the last six years. Besides, 25 is a special anniversary.

Oct 25, 2021 IdeaSmith
Diary of a Writer My Soulmate Is A Book Navigating the Feels Pop Culture Relationships Sex & sexuality Times, they are a-changing