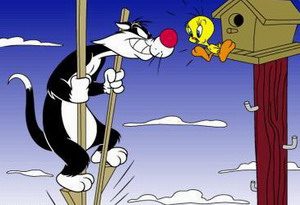 When I was a kid I loved sparrows.

Not crows…I still hate them…there’s an annoying one (or several perhaps…damn they all look the same!) that serenades me at my window at exactly 7 a.m. on a Sunday morning. Vile creature refuses to fly away even when I throw cold water on it. All it does is tip over on one foot to avoid the shower and then he’s back. Of course he’s male.

Not pigeons either. Irritating critters constantly complaining and mucking up the place. Really now, instead of spending all that time cleaning up, we should be mixing some digestive pills into the bird feed. What delicate digestive systems they have! I don’t particularly feel lucky that they choose to honour me with their mark every time I cross the road outside my office.

But sparrows I like. I don’t see that many of them in the city anymore…where have they all gone? Simple, unobstrusive little things. I guess this isn’t a city for them anyway…with its hard shine and giddy glamour. Even their chirping isn’t annoying. When I hear or read the word ‘birdlike’, I think sparrow.

One afternoon while I was watching TV, I was scared out of my wits by the sound of vessels crashing in the kitched. Gulp..I thought I was home alone. Uneasily I picked my way to the kitchen (is that called pussy-footing?). There was my neighborhood silly sparrow. Silly I say because in time we got acquainted with each other and occasionally we’d leave a few grains out on the floor for it to peck on. Silly Sparrow instead chose to land on the cooking range and promptly start pecking away at the shiny metal top. Silly Narcissist in love with its own reflection.

When I was taking a walk in the evening, I came up on a pigeon sitting on the ground. Now that’s odd, isn’t it? The annoying things just flap around and keep bombing you in the most horrid way possible in broad daylight. This one was sitting on the ground while the sky turned dark. What a lazy fellow! Then I realized its wing was drooping.

And a few feet away, lurking in the bushes, I spotted a cat, watching with the kind of keen eyes you see in…well someone crazed. My companion was much disturbed and thought we should shoo the cat away. I characteristically didn’t want to interfere and just let nature take its course. The cat has to eat too.

As I walked away, over my shoulder I looked and I saw the cat creep forward lightening quick and take a single swipe at the bird. It just keeled over dead.

How heavy is a cat’s paw? How hard can its blow be? But it was enough to finish off the bird. How fragile we are.

I always envied birds their freedom. What must it be like, I continue to muse, to have total absolute freedom over three dimensions? Freedom is power, even if you don’t use it. The closest I’ve come to experiencing freedom is in water. And yet….what must it be like to just be able to lift up and soar, to dip and dive and duck, to skim over treetops, over buildings, to fly away from the rain or into it? What must it be like to be able to do all this as easily as I now lift one foot ahead of the other and move? What would it be like if I could look out of the window and see my friend standing down below and instead of taking the long way down the stairs, just climb out and dive down, coming to a graceful landing? What if I could see the sunrise peeking over the next building and I could dart up quickly to catch it before anyone else did?

I always imagined that if I was ever another life form, I’d be a cat. Sleek, independent, intelligent, stylish, alternately aloof and cuddly. And yet, next to my inner feline, there’s a little sparrow that would just like to sail over the rooftops as easy as something thrown into the air…peck around for grain and fall in love with something bright and shiny….only to leave it behind to fall asleep somewhere quietly.

With freedom comes fragility, doesn’t it? The cat keeps me on the ground, able to exist , sustain and defend. But the bird still longs to fly. Someday perhaps when the cats are gone, the bird will fly again. Even if there is a hungry cat around the corner, a single flight will be enough…what a worthy way for an old bird to die!

4 thoughts on “Tweety and Sylvester”