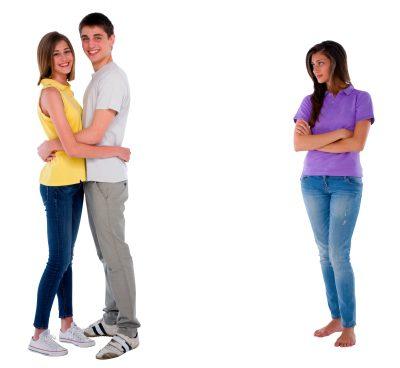 Yesterday evening I got stood up by a friend with the excuse being the spouse. The spouse is also a friend so this means I have been stood up by two people. Whatever was going on between them, they decided it was okay to go back on a word given to me and waste my time. The excuses were in place. But there is a pattern in this particular case. I just got fed up of seeing it, when (as I realised), it had nothing to do with me but still impacted me. I tweeted the following:

Marriage really does become that political boundary between people, turning them from friends to people needing security checks and visas.

I can see a lot of single people nodding their heads at this while the coupled-up types bristle and prepare to call me names. The worst part about this? There are two of them versus one of me. Never mind that they also have the world on their side before I even speak. I am after all, just that annoying unmarried type Who Doesn’t Understand, Her Life Is So Cushy, What Problems Could She Possibly Have?

“This is for couples who flaunt their love on Facebook, then go suddenly quiet after the break up. You need to tell us exactly what happened. We invested a lot of time, likes and comments on your pictures and posts. We need closure as well.”

I cannot even begin to explain how entitled, how selfish and disrespectful this is. But I’ll try so bear with me if this is basic (it seems to need to be spelt out).

To compare what a couple invests in a relationship, to other people’s likes and comments is a horrible trivialisation of emotion. You may not like how a story ends or you may find yourself mildly irritated when a story you’ve followed on TV gets terminated abruptly. Does that really compare with the relationship ending? And given how devastating a break-up is, is it worthy to make a joke of it?

Earlier this year, I found out from Facebook that a friend died. I do not know what the circumstances were but given that he was young and had posted vacation pictures just a week earlier, it must have been an accident. A week later, his mother put up an update requesting people to stop calling to ask what happened because it forced the family to relive the trauma.

Do we forget that there is a human being at the other end and not a reality TV star performing for our entertainment? Yes, I think we do, on social media. In the latter, I’m sure a lot of you agree that making those demands was insensitive because we all dread and fear death. In the former, what happens to married/coupled-up people? Do they believe that somehow they are immune to the vagaries of emotion? Does marriage/comittment give them iron-clad protection from the devastation of separation? We all know that is not true. Then why, why are they so cruel, so judgemental?

The person I had that argument with, believed that I was shaming their happiness. It’s true that I said a lot of strong things, including comparing their attitude to racism. But neither is the calling out of racism, nor is protesting this joke about shaming another person’s privilege. Yes, that’s right. I said privilege, not happiness. Being in a secure relationship is a privilege. For someone in a position of privilege to make fun of someone who doesn’t have that, in a difficult time like a break-up does not strike me as funny at all. That is why this is no different from racism, for me.

I also understand where this attitude comes from. A lot of married people don’t think relationships and emotions are really ‘serious’ unless they’ve been granted the social-legal sanction of the marriage certificate. Apparently a break-up is trivial, a divorce is not. Domestic violence, abuse, rape, cheating – all of these the price to be paid for ‘having fun’; but they’re crimes if they come with the wedding label.

I know none of the people close to me (everyone referenced in this post is) truly believe this. Each of them has stood by me and shown more empathy than I’ve seen in married people. That’s part of what makes our friendships possible. And yet, just like with sexism and racism, there are worlds of unacknowledged/unthought of assumptions to be challenged. Till then, the marriage certificate is as political a boundary as the Line Of Control and human relationships across the border just as fraught with tension.

4 thoughts on “The Marriage Certificate LOC”