The Economics Of Modern Relationships 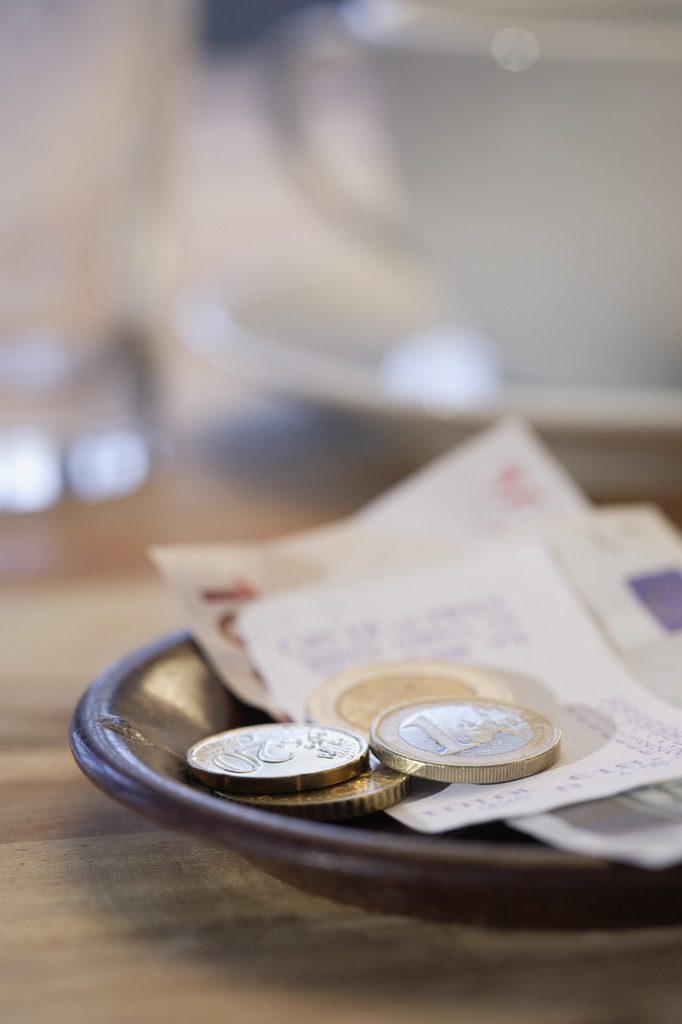 There’s a wealth of information available on how to engineer a romance. There’s more than enough paraphernalia on spicing up, sorting out, energizing, smoothing, creating and sustaining sex lives. But how about that one major thing that apparently a lot of couples struggle over? Money, money, money is the big elephant in every relationship room.

We know human behavior and societal attitudes take time to change. As it were, we’re caught in that transitory place, between ‘woman’s-place-in-kitchen’ structures and equal opportunity thinking. The impact of this on us as individuals, as familial units and as couples, is for another debate. But money is here and now. The strain of unresolved issues, of conflicting value systems and of confused roles is being borne by us every minute.

Let’s start with the most obvious. In a modern-day, equally independent dating scenario, who should pay? There seems to be an awkward, uneasy impasse with some women offering to share, unsure of whether this will be interpreted as ungraciousness or its opposite. Even men who’re otherwise liberal-minded stop at saying they like it when a woman offers but eventually they feel they need to pay. It is expected. And no minus points when the woman doesn’t even offer.

Zoom out a bit to look at the other logistics of a date. At the end of the date, the return journey home prioritizes the woman. Sure, the streets are slightly safer for a man going about alone than a woman. But how about the start, that usually happens earlier in the evening or day? How many dates see a woman picking a man up from his place or a select destination? Isn’t it almost always the man coming to pick her up? If you think that’s got nothing to do with money, consider the fact that the man may be traveling right across the city (and twice, counting the return). That’s his money and time (which equates to money, right?)

Gift-giving, that’s another thing. I love giving gifts to people I like. Not birthday gifts or wedding anniversary ones but the I-thought-of-you-when-I-saw-this variety. Most men I’ve given gifts to, have received them with pleasure. But this is often followed by an uneasy, feet-shuffling sense that they need to reciprocate. This in itself, is the nature of gift giving between human beings. But in a man-woman situation, it seems like the man feels compelled to reciprocate with gifts of at least equal value, if not more. When money comes into the picture is when the spirit of gifting goes well and truly out of the window.

And finally, once you’re in a relationship, what then? There are now two wallets at the table but it is almost always the man who signs the credit card slip. That is an odd sort of hat-tip to an archaic notion of the man always paying. I think I’m more acutely aware of this because of how I grew up. My mother balances the books and manages the family accounts. Thus, on outings, almost always, she’s the one who hands out the payment. She’s also the one who lists out the table order. In all these years though, I’ve never once seen hand the bill to anybody by my father. This same system follows me uncannily when I go out with the boy. Despite the fact that I’m the only audible voice at the table, perusing the menu, advising on dishes and placing the order, the bill is never given to me!

There seem to be an alarming number of what I call Farcical Modern Couples. I know of one where the wife is older and runs an unconventional but successful business. Her husband has a regular, if not nondescript job with a multinational company. Post marriage, the business continues to run with one difference. She works hard at it, he runs the accounts with a tight fist. She needs his permission to buy even the smallest trinket for herself. They live in one of the poshest parts of the city and speak the ‘cool’ lingo. It just gets disturbing to see that the branded purse that the lady carries, is monitored by her husband.

Then there was another couple on a cross-Europe tour that included an 8-hour flight layover. One of the foreign banks offered the services of a luxury lobby for their customers. Despite this couple being in possession of an account, they sat it out in the main waiting room. All because the name on the credit card was the wife’s and not the husband’s. In many respects, they are a high-flying couple that has an expansive enough lifestyle to warrant preferred bank relationships, international flights and luxury lobbies. But in thought (only glimpsed in this action), they’re no different from their counterparts of about a 100 years ago.

These misnomers aside, most modern couples must figure out some system of expense division. One couple I know, splits all their outgoing down in half and pays back dues at the end of the month. Another couple has allocated different expenses to each person and pays them off accordingly. Nobody actually talks about these things. I have a feeling that even couples who practice some sort of fair-expense-division, feel like they’re imposing an artificial, over-logical construct on something that should be above such petty matters. Personally, I don’t understand the embarrassment over talking money in a relationship. Isn’t it a universal truth that you can’t live on love & thin air alone? How about we contemporize that to ‘You can’t live on romcom dates & self-help conversations alone.’ If you’re sharing a meal, you gotta split the bill too.

6 thoughts on “The Economics Of Modern Relationships”