R is for Red Shoes 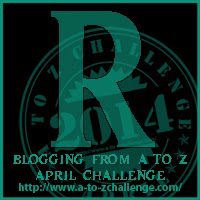 Now I’m really falling terribly behind but I resolve to catch up this week. Here’s a story that I originally called ‘Dancing Shoes’. I’m ducking the ball a bit and retitling this so I can use it for today’s A to Z Challenge. I give you R is for Red Shoes. I wrote this in the month of February when red, dancing and unexpected affections seemed to be all about. Tell me what you think.

R is for Red Shoes

She’s standing near the door. John doesn’t like girls who love red. It’s an unusual colour for shoes. Then they fuss and wear other strange things that will match. Too much drama. John is smart. So many years teaching ballroom dancing, he knows how to read people.

The 6:00 batch gets over and the students move towards the door. Good thing she isn’t in the first batch. I want to be warmed up and ready when I dance with shoes like her.

The wearer is grinding one heel into the ground, while the other toe tap-taps, not at all in time with the music. I can see even at this distance, that she’s flexing the right strap, weighing her wearer’s foot down. Dancers always say the shoes are important but most wearers don’t realize how much their shoes make them dance. This one is going to be tricky. She’s going to make me do John’s work as well.

We start off normally. Salsa’s beginning 1-2-3-45 can be followed by anyone. Anyone in a sensible pair of shoes, that is. But I hold my tongues. It looks like the wearer is inexperienced herself. She could have picked less fussy shoes. But never mind that. John shifts to quick-quick-slllow that some people find easier. I think we’ll do this for the remainder of the song.

But she seems to have other ideas. I can see her tensing around the toes, straining at the straps every couple of steps. I maintain my form and refuse to respond. She continues making grotesque shapes at me. If only people could see how ugly their shoes can look, when they’ve decided to be difficult. But no, these women say, oooh they’re such pretty shoes, they’re worth the pain!

The strap buckle has a little tassel hanging over the ankle. I see it in mid-step, what she’s trying to do. But it’s too late. The tassel sails over and is squelched under the other sole. The wearer stumbles and her knee knocks into John’s just as he raises his foot in the air. His years of practice, teaching clumsy beginners – it’s like they’re gone. He slips and I squash her toe, leaving a little scuff mark. I’m ashamed of my boy, he rarely does this. Maybe he likes her. I can feel his embarrassment too. Instructors are not supposed to step on their students’ toes.

But they continue dancing, to my surprise. The wearer follows the man. Maybe she’s not so bad, even if she is a woman who loves red. I focus again on her shoes. I wouldn’t want to admit, even to John that I lost balance just like he did. Dancing shoes can’t do that, even if their wearers can. But she is…she is…she is so annoying!

I keep a wary eye on her for the rest of the song. John moves into the turns, tentatively. I know it’s risky, seeing how she messed even the basic quick-quick-slow. But he knows and I do, if we don’t diversify, it’ll be trouble. John of course, will tell himself that it’s about giving the students confidence. But I know it’s about letting them know who’s boss.

I snap out of my rumination as a tassel brushes me across the side. She did that on purpose, didn’t she? Does she like having scuff marks? I’ll show her, if she tries that again!

But she’s passive for the rest of the song. And the next one. As we near the last number, I’m beginning to believe that she’s just badly made, not a bad pair otherwise. She’s frozen her form into one shape now and even the scuff mark seems to be gone. I can tell she doesn’t like me. Pity. She seemed like she might have been a nice girl underneath all that tassel-fussing.

The class comes to an end. The wearer says her byes and thank yous and she’s panting a bit for breath. I know she won’t come back. John’s careful maneuvering still haven’t given her the confidence that she can be a dancer. And those shoes of her will grind and pinch her and make her forget about dancing lessons.

I watch her walk away. There’s no clenching, no tightening. It’s like she can’t get her wearer out of the class fast enough. I’ll never see her again. I sigh, my tongues coming free of John’s feet. For a change, he doesn’t tuck them back inside with the backs of his legs. He really liked the student too. I know, buddy, I know. That’s the way they are, these girls who love red.

I force myself to focus at the class the next day. Of course I knew she wouldn’t return. Sylvia comes to class so John gets to walk around a little around students. I get to dance with the advanced dancers too and not just the troublesome new ones. There are a couple of white shoes among the stable blacks and browns. But no reds. Thank God. We don’t need these red ladies messing with our minds and tongues. But I have to admit, nobody tosses a tassel the way she does.

It’s three days later when I’m surprised again. We turn, John and I and in mid-step, brush against another dancer. A familiar tassel grazes my side. And I swear, as she sails through the air, I see her clench one toe in my direction. The song is coming to an end. And I know, I just know, I’ll be facing her when the next one begins.

I will never understand women’s shoes.

*Image (without text) via Vlado on FreeDigitalPhotos.net