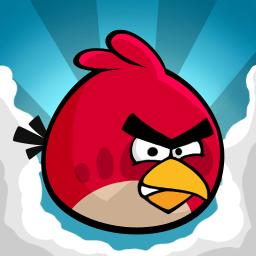 Pop culture is a mystery. I’m stumped by the success of a game that involves catapulting scowling, winged creatures onto a building to destroy it. The movie Rio: Angry Birdsmay have contributed to its popularity but then again, most people I know went to watch it because of the game. Evidently omnipresence equals popularity.

I admit I’m not particularly enthused by shoot-em-down style games. But most people I know who enjoy those like more gore and grit in their graphics than Angry Birds‘ primary school cartoon depiction. What’s more, on my phone, I couldn’t even really see the angry bird expressions well enough to derive any comic value from them.

It’s not like Angry Birds is particularly challenging. I’ve been told by its diehard fans that it requires an understanding of physics. Really? Oh, and so does walking. Duh. On a tiny mobilephone screen, I don’t really get the intellectual kick of figuring out the perfect angle and propel velocity. On a bigger screen like a console game, I doubt I’d be interested in a game with such basic line-drawing/primary-colour graphics. And at an arcade, I’d just be too embarrassed to be seen around what I see as a little kiddies game.

But this is just me. Angry Birds (and the other versions it spawned including Angry Birds Rio) continues to rule not just gaming thumbs but popular lingo as well. The boy has taken to frowning and saying,

each time I’m, well, angry. I had the following conversation on Twitter:

@ideasmithy: Temper has nothing to do with fur and feathers. #$%% Rio for popularizing a stupid phrase!! #angrybirds

@krist0ph3r: @ideasmithy my friend has pillowfights with her husband when she’s angry. she’s never heard of angry birds.

Angry Birds is a product of Rovio Mobile and is available for free download in the Android Market.

On the other hand, I’m really taken up with Aporkalypse. The protagonists

are four pigs, each one with its own unique powers and behaviour. The game begins with Hungry Pig, a rotund, always starving piggie that can eat its way through obstacles but also regurgitate them for use as stepping stones and other things. Then we meet War Pig, strapped in porcine military style and armed to its chops to shoot down enemies. At a mid-level stage, the Pest Pig enters the game, resplendent in its green & smelly self and it can help you control enemies by stink-bombing them. And finally, there’s Ghost Pig which can move over crumbling bricks with ease, teleport each time someone dies but also come back to its ‘living’ self.

The game involves negotiating the pigs through a series of obstacles, facing down monsters, collecting coins and tending to special tasks like freeing pigs, all using a combination of each pig’s skills.The obstacles include crumbling walls that break down after you pass, rivers, slippery ice cubes, fiery paths, clouds and rivers. The maze is multi-level with staircases, bridges, trolleys, broken connections and sheer drops. And finally there is (slightly drunk-looking) Angel Pig and Devil Pig who will do their best to keep your pigs from doing what they want.

Aporkalypse is punctuated by tongue-in-cheek conversations between Angel Pig and Devil Pig between levels. The sound effects include grunting (!), Hungry Pig’s gobbling and War Pig‘s firing. Adding to the entertainment is the expression on the pigs’ faces when they’ve been shot at by War Pig, stink-bombed by Pest Pig or move between life & death (Ghost Pig). And finally, there’s all the additional effects like a stink-bombed location with emanating fumes, rotating coins, Devil Pig’s jabbing attacks and even random animals frozen within the ice cubes.

I think there’s actually only one possible way to get past each level. You can make the game even more complex but limiting your scroll options. There is no Map for a birds’ eye view of the game. And if you turn off the scrolling option, your pigs will negotiate their way across blind till the end of a corridor or river. I love the sensory detail in this game, right from its music to the elaborate depiction of obstacles to the perfectly tuned movements and expressions of the pigs. Aporkalypse also achieves that golden mean of staying one step ahead of the player to keep it interesting but not so difficult that it is frustrating to play it.

I’m currently on what I think is a middle level of the game since I can’t see a way to track the level number. The four pigs have come together for the first time in my game and I’ve been struggling to get them all across a maze of obstacles. But I’m enjoying every minute of it! And the end of it, a grunting piggie is just a helluva lot cuter than an angry bird!

Aporkalypse is a product of HandyGames and is available for free download as well as an extended, paid version in the Android Market.

*A version of this is posted to Yahoo! Real Beauty.