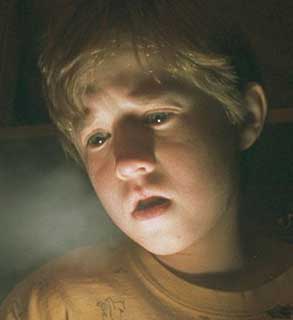 Had a thought – a few actually – in the last fortnight, that I haven’t had a chance to put down.

I saw this movie and thought,

I see ghosts too. They hurt me sometimes. They talk to me. They walk around like everyone else. They are the ghosts of my past.

And then perhaps, as with Cole, my ghosts wanted to tell me something as well and it might make sense to listen.

Last weekend, I spoke to my best friend about him. Not in anger, not in pain but an unemotional reflective way, ending with,

You know, I think he must be thinking of me.

And then, in another conversation, was ressurected the spirit of someone who was once as dear as no one else has ever been and I ended that remisiniscence as always with,

I’ve never run away from anyone’s love like that. But then again, no one has ever loved me as much. I always wonder if somewhere deep down, even in me, lies the capacity for all-encompassing, womb-like comforting, parasitic, suffocating devotion. I’m a Cancerian as well after all. And I’ve always had a strange relationship with other Cancerians.

And then, during the week, seemingly after deciding in an idle moment to ‘talk’ to my ghosts, they came knocking on my door. His hello comes back like the years in between never happened. And her voice had the same warmth like my goodbye had not ever been said either.

My breath stuck in my throat at both times. And once I learnt to breathe again, I spoke to them. But they’ve both vanished. Odd, isn’t it? Like the only thing each of my ghosts had to say to me was,

Don’t be afraid of me.

Incidently, the most memorable scene in the movie (in my mind) is the one where Cole has his first encounter with a ghost that he doesn’t run away from. Sitting quietly in his little tent, as his breath starts to hang in the air and the clips overhead snap off, his eyes race down to find a little girl sitting in front of him. And in her eyes….there is only pain. So much of it.

How can one run away from someone in even more pain than oneself? And yet, we do.