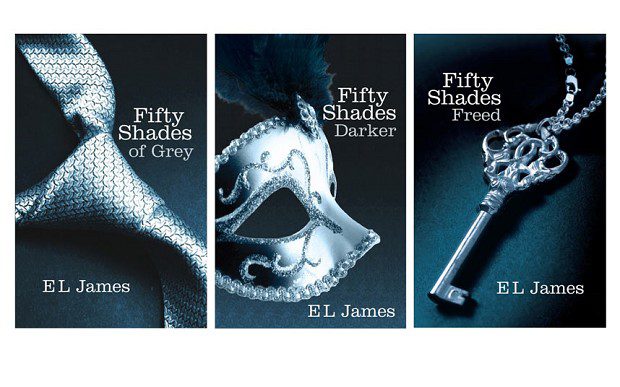 Do read my earlier post on Fifty Shades, if you haven’t already.

My biggest grouse with the books is that they’ve been grossly miscategorized, in an obvious attempt to reach a larger audience. It stands to reason that not even a fraction of the readers they’ve had now would have even stopped by an aisle (or online category) titled ‘Erotica’ or ‘Pornography’. But this push for more sales has I think, hurt the story. Genres, cover art and blurbs go a long way in setting reader expectations even before the first page is read. Fifty Shades is about as misleading on all of these as any book can possibly get. Fifty Shades of Dirty, Rotten Lies.

It’s bad enough business to fool the customer;  it only results in resentment. But here’s why I’m most pissed off. Genres like Romance & Chicklit convey a certain impression that the stories they tell are what life is like or is supposed to be like. Never mind how unrealistic they may seem or even regressive; within the social setup that we all live in, they make us, their target readers feel good. Romance is out and out candy for the soul laced with a little sex talk couched in a ‘safe’ manner that doesn’t threaten most women. And if you’re wondering about the ‘safe’ business, most women learn an emotion that most men never do, in bed – fear. Fifty Shades of love is supposed to be fun, not scary.

It’s debatable whether ChickLit is really empowering to women but at least superficially, it places a woman at the center of the story, much time is spent examining her moods & motives, which hitherto don’t find adequate expression in real life or in popular media. Having someone talk about things that you’ve been told are stupid or irrelevant, all your life gives you a burst of energy in a way that only people who’ve been marginalized in some way, would understand.

In contrast, Fifty Shades is dark, forbidding and hopeless – I can’t imagine anybody actually feeling good about it. The female protagonist Anastasia Steele appears to be little but a hapless victim of an abusive, hostage-situation relationship and subjected to any manner of mind games and deviant sex. If I’d found this categorized as BDSM or the larger genre of Erotica, I wouldn’t have batted an eyelid. Different strokes for different folks (pun entirely intended) and so long as it doesn’t involve children, animals or murder, I don’t judge. I believe that we have different tastes but I also think that anything that doesn’t fall under ‘plain vanilla sex’ (as the book calls it) caters to niche audiences. I have a problem when someone tries to pull a con by mainlining a niche offering.

Books are powerful medium of expression after all and a more intimate one than the other mainstream media. A good writer can effectively get into your head and possibly even change your outlook on life. Imagine giving the kind of power to someone who believes that pain is fun, control games are a birthright and sexual abuse is the cure to physical abuse. That’s what these books have done. Fifty Shades of This is Madness.

The first book at least piqued my curiosity, having brought up things that you don’t normally hear about in mainstream reading. It also ended with Anastasia Steele taking a strong stance against the madness. The second book lost it all with Anastasia’s supposed stance crumbling in a mere 4 days and her running back to the abusive madness of Christian Grey. And as if to justify a third book, the ending pulls a flimsy deus ex machina in the form of a barely disguised villian with murderous intentions. Twilight couldn’t have disappointed me better. Fifty Shades of I’m so disgusted I won’t waste my time reading the third.

*Also posted on The Idea-smithy.

6 thoughts on “Fifty Shades of FAIL!”