Everything That’s Wrong With Raksha-Bandhan 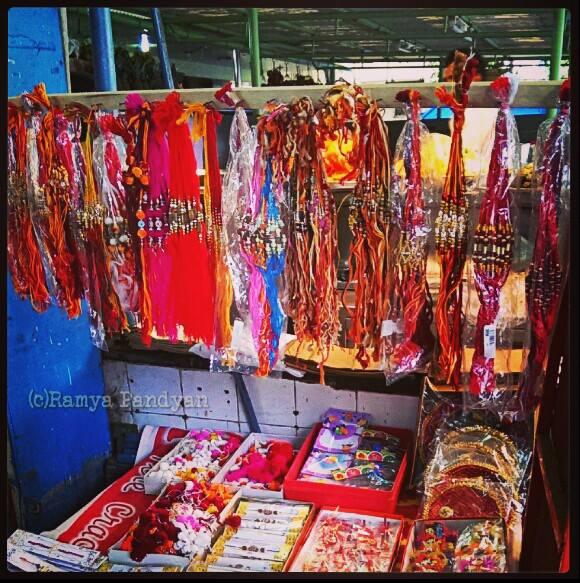 It might seem that I’m opposed to all Indian festivals but I’m actually, not. Not even to today’s grand occasion of Raksha-bandhan. Well, I have no problem with honoring the sibling relationship. If anything, I’m all for occasions that remind you to be grateful for the presence of special people in your life (Hallmark greetings brainwash notwithstanding). But I do have a problem with what happens around Raksha-bandhan and what it represents.

Raksha means protection/security and Raksha-bandhan stands for the bond of protection that a brother offers his sister. This bothers me for the exact same reason as concepts like kanyadaan and paraya dhan. Is a girl an asset to be protected, an object to be prettified, showcased and guarded over? Is an Indian woman’s life no different from a museum piece?

Never mind the linguistic connotations of the phrase, look at reality. I grew up in a place that strongly believes in and practices Raksha-bandhan too. Indeed, I’ve tied many a rakhi in my school days too. I don’t have any blood-related siblings but there have been distant cousins, neighbors and classmates. And I know that there are two things Raksha-bandhan definitely is (neither very complimentary or lofty).

First, Raksha-bandhan is a supremely commercial event. A lot of women will proudly tell you that it’s a day to ‘earn’ a lot of money and gifts. A man who has had a rakhi tied to his wrist is obligated to give the rakhi-tier a gift. Every business and its sister have been cashing in on this for years now. Tell me how money-making from a relationship, is anything other than a crass reason to be in it? I find this demeaning. I have enough of ways to make money without having to attach myself to men just for it. Granted, this is the voice of an independent, educated woman and perhaps, not representative of most of India. But isn’t that a sad state of affairs? If most women in this country need resort to occasions like this for material gain, I see that as a reason to mourn, not celebrate.

Secondly, Raksha-bandhan is a safety net for a woman receiving unwanted attention from a man. A rakhi tied to the wrist of an ardent admirer, practically guarantees that he will not chase you any more. Indian men take raksha-bandhan really seriously and I know enough of them who’ve been hiding away at home for years, for fear that the girl of their dreams will want to tie a rakhi on their wrist. In school, the boy with the most number of rakhis at the end of the day had the emptiest pockets and was also subject to sneering glances that asked without asking – why do so many girls desperately want to be your sister?

It wasn’t till the Best Friend pointed this out to me in the 90s that I realised how convoluted that was. How is this gesture any different from forcing a rapist to marry his victim? Granted this may be a milder form of unwanted attention, but forcing a relationship just to right that does not make any sense to me. Does a woman have no space to say, I don’t want to associate with you in any way at all? Obviously, this doesn’t apply to cases where the woman may have no issue with the man, but just does not feel that way about him. But let’s not forget this is the land of chowmein-induced rapes and of acid-throwing incidents, a crime that may be unique to spurned Indian (male) lovers. So perhaps the only recourse for a woman seeking to preserve her safety and also thwart unwanted affections, is to make the man her brother.

And finally, the least talked about, barely acknowledged side of rakhi – it’s one of the few licenses available for open male-female relationships without fear of censure. Even the most regressive of families will let their daughters talk to and even go out with boys if they’re legimitised by the holy rakhi. Everybody knows some rakhi-siblings who seem like they may have utterly un-sibling-like feelings for each other. The ribald joke goes ‘Din mein bhaiya, raat ko saiyan‘ (Brother by day, lover by night). I’ve even heard of a couple that actually went ahead and got married after observing the raksha-bandhan ritual for years. It’s not that Indians are excessively incestuous. But a regressive social order that allows for little free male-female interaction must expect to find these cases slipping through its cracks.

That’s actually three unsavoury things about Raksha-bandhan. To ease the sting a bit, here’s a raksha-bandhan themed advertisement, that I actually thought was a damn fine idea:

Update 1: A few Raksha-Bandhan thoughts around the web that I really liked:

6 thoughts on “Everything That’s Wrong With Raksha-Bandhan”