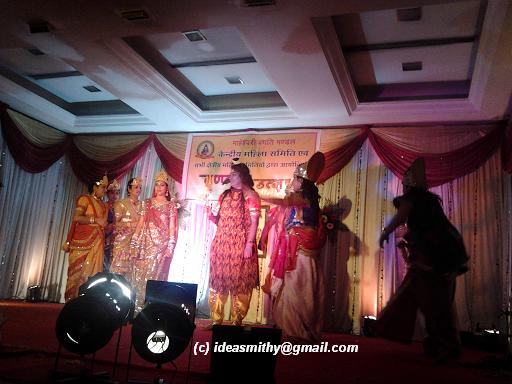 In the decade of my twenties, every minute was spent efficiently and economically in the pursuit of corporate success. Through preparing for b-school, picking up internship experience, management college and my snakes-and-ladders route through the corporate world, I thought I was whizzing through life on a fast track. The reality was that life was passing me by while I was out collecting paychecks and racking up a good resume.

In this past year and a half, I’ve had a chance to do a whole lot of things. The writing has increased tremendously, in quantity and I’m hoping in quality. I’ve been active on the cultural circuit in Mumbai. I’ve had time to really explore the people I’ve accumulated in my life and taken them from email addresses and phone numbers to fulfilling friendships. And then there are the quirky, unexpected, fun things that have come my way.

Last year, I judged a blogging event at K.C college’s annual festival. Having been a regular on the campus cultural circuit myself, you can imagine just what a kick this must have been.

This year, I’ve been a judge again but in a very different setting and a completely off-track one from the rest of my life. A friend invited me to judge a fashion show at the Gangaur celebrations of her (Marwari) community. I didn’t even know of the existence of this festival till this event. My impression was that the Western Indian states were devout followers of Krishna so I was surprised to find a profusion of lingams, snakes, Ganga and other such Shiva-related symbolism around.

Gangaur is celebrated shortly after Holi. It is a ladies’ festival, honoring the male-female relationship by invoking Shiva and Parvati. My friend’s advice was to ‘dress Indian’ and I figured a silk saree would be quite enough in the burning afternoon heat. Imagine my shock when I entered a hall, choc-a-bloc with hundreds of Marwari women all dressed to kill. Gold, diamonds, chains, bangles, heavy jhumkas and all manner of jewelery that it was possible to attach to the human body was all around me. The sarees and even the occasional chaniya-choli were a profusion of silk, net, zari, sequins and chamkis. I’m sure I stood out and for all the wrong reasons – I was wearing a pale green/cream printed silk saree with zero gold. (Sorry B, I should have thought of that!)

The program began with a series of dance dramas, each one featuring a different story linked to Shiva. We went from a stunning Ardhanari dance to the birth of Ganesh to Sati’s sacrifice. The audience (me included) were particularly impressed by this last one and their depiction of a yagna on stage, using coloured paper, lit from beneath and a fan to make the paper dance like flames.

Shiva has been an intriguing figure of Hindu mythology for me. At the event, I was introduced to other facets of the belief system I was completely unfamiliar with. For example, did you know that there’s a story with Krishna and Shiva? Apparently Parvati visited Brindavan for the dandiya celebrations. Shiva was unable to accompany her, it being a strictly ladies’ festival. However, he missed her too much so he disguised himself as a woman and joined the dance. Mid-way through, his ghunghat slipped and his non-female nature was revealed. Luckily for him, Krishna (also present in defiance of the ladies’-only-rule) embraced him and announced him as the god in their midst.  And I always thought of these two as belonging to different universes.

The dance-dramas were followed by the fashion show. The contestants participated as couples, dressed in traditional Marwar finery. The men of course, were women dressed as so. They were graded on costume, jewelery, body language and couple synchronization. I was too busy staring open-mouthed at the grand display and scrambling for my marking sheet to take pictures. So the impressive Gangaur celebration only exists in my memories now.

The event had its share of glaring glitches. The judges weren’t briefed on what they were going to see or what they should look for. The compere (who was just whichever lady managed to grab the mic at that time) didn’t remember to introduce the judges till after the prizes were announced. By the then, the majority of the audience had made a beeline for the food being served up downstairs, the winners too busy congratulating each other. So the first judge (lady to my left) was introduced, followed by the chief guest giving her blessings to the winning pair. Then second judge (lady to my right) was introduced, after which the photographer jumped up on stage and insisted on shooting the winners with the judges. By this time, the only people in the hall were all standing on stage and it seemed best to leave as soon as one could. The third judge (me) didn’t get introduced at all but I couldn’t help laughing at the thought that the normally fiery me had been overwhelmed by a hall full of middle-aged Marwari housewives.

But you know, that was SOME experience. Mumbai carries the mark of the

Gujarati-Rajashtani-Marwari culture just as much as the Maharashtrian and Goan touches. I studied in a Gujarati college so some part of me resonates with this business community’s world view. But at a much deeper level, this function showed me that there’s still so much that is alien to me. I wouldn’t have felt quite so out of place in a Tamilian festival, even if I have never really lived in the state. And then again, something connects me to a community that shows its devotion to a deity that intrigues me. The distance doesn’t signify non-relatability.

I live a fairly ‘Westernized’ life with every urban amenity possible, speaking English with my family and friends, juggling careers that are unfamiliar to the average Indian. Religion has its own neat, little compartment in my organized life. Even living right at the heart of a cultural melting-pot like Mumbai, my life is clearly charted from relatable point to the next, neatly avoiding anything that doesn’t belong in this utopia. The chaos is well-managed. But on occasion, it spills over and all I can do is marvel. The colour, the drama, the costumes, the people at the Gangaur celebration, they were all over the top and they also felt familiar, like home. While getting swept away in the sheer grandiosity of the experience, all I could think was, India doesn’t do anything by half-measures. This is not something that cynicism can snatch you away from.